Asian stocks held steady in early trading even as investors continued focusing on the ongoing supply chain challenges. Many ports are seeing a significant increase in cargo volumes, leading many to start worrying about delays. Sadly, analysts expect that the situation will get worse in the near term. For example, last week, Dubai, a leading handler of cargo announced that it was pausing air cargo in its main airport. Meanwhile, there is a likelihood that Joe Biden’s measures to speed port logistics will not solve the situation soon. Therefore, the impact of these delays is higher costs for businesses and consumers and more delays.

US futures made some modest gains as investors focused on the ongoing earnings season. Last week, some of the key companies that released their results were Blackrock, JP Morgan, Morgan Stanley, and Citigroup. Most of these companies published strong results, with Goldman Sachs being the best performer. The season will continue this week. Some of the top companies that analysts will be focusing on this week are Netflix, Philip Morris, State Street, Johnson & Johnson, Synchrony Financial, and Procter & Gamble.

Cryptocurrency prices rallied during the weekend as investors waited for a statement by the Securities and Exchange Commission (SEC) about Bitcoin ETF. The agency must deliver a verdict today on whether it will accept an ETF proposal by ProShares. Analysts expect that the agency will allow the company to go on with its ETF. That could also apply to other companies that have expressed interest of launching their funds like Ark Invest and Invesco. These fund managers could also launch other cryptocurrency funds. Still, there are worries that cryptocurrency prices will drop as investors sell the news.

The EURUSD pair was little changed in early trading as the market reflected on the latest China GDP data. The pair is trading at 1.1600, the same range it has been for the past two trading days. The price is also along with the 25-day moving average while oscillators like the MACD and DeMarker are at the neutral level. Therefore, the pair will likely remain in this range today since there is no major economic data scheduled from the US and the EU. 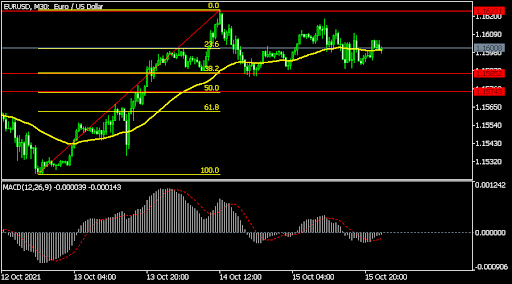 The GBPUSD pair held steady in early trading. It rose to a high of 1.3750, which was the highest level on September 20th. The pair has also moved above the upper side of the ascending channel. On the four-hour chart, it has also moved above the 25-day and 50-day moving averages while the MACD and the Relative Strength Index (RSI) have rallied. Therefore, the pair will likely keep rising as bulls target the key resistance at 1.3900. 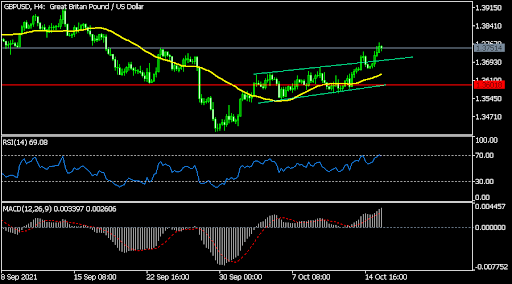 The NZDUSD pair maintained a bullish trend on Monday. The pair rose to a multi-week high of 0.7070, substantially higher than September’s low of 0.6857. On the four-hour chart, the pair rose above the Ichimoku cloud and the short and longer moving averages. It is also above the dots of the Parabolic SAR indicator. The path of least resistance for the pair is to the upside. 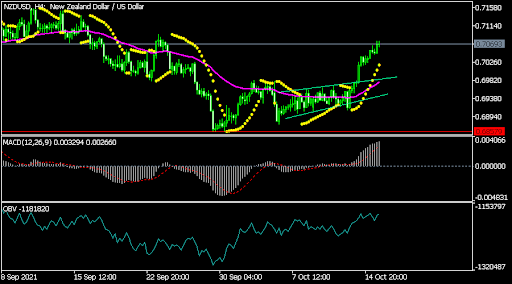 EUR/USD pushes lower toward 1.1350 as US stocks plunge

EUR/USD extends its slide toward 1.1350 during the American trading hours as safe-haven flows continue to dominate the financial markets. S&P 500 Index is down 1.5% after the opening bell on Tuesday and the US Dollar Index is holding above 95.50 despite disappointing NY Fed Empire State Manufacturing Index data.

Gold poised to resume its decline amid inflation concerns Premium

Gold fell to an intraday low of $1,805.74 a troy ounce as the greenback firmed up through the European session, following US Treasury yields soaring to fresh two-year highs. Risk-off sentiment persisted after Wall Street’s opening, with the metal bouncing towards the 1,820 price zone but quickly giving up and resuming its decline.

ADA to retrace 17% after recent uptrend

Cardano price witnessed an exponential increase over the past week and showed signs of slowdown as it approaches a massive hurdle. Investors can expect ADA to retrace and recuperate before it embarks on another leg-up.

NIO Inc looks for rebound as it establishes its US headquarters

NYSE: NIO had a down year to say the least in 2021, but a long list of positive catalysts are providing some nice tailwinds as we head into 2022.