The pound has been relatively steady in recent sessions versus the other major currencies, on net, though has retained a heavy tone for want of avid buyers. This comes after a five-week phase of Brexit-related underperformance as markets factored in the delayed Breixt process, the success of the Brexit Party in the EU parliamentary elections in the UK, and the forced resignation of Theresa May.

The Brexit process is now frozen as the Conservatives go about the business of selecting a new party leader/prime minister. Boris Johnson remains the strong favourite. Whoever it is, the new PM should be installed in No.10 by the end of July, little more than three months until the October 31 Brexit deadline.

Given that there has been no sign that the EU will give any ground on the Northern Ireland backstop issue, the new PM will find themselves in exactly the same predicament/quagmire that consumed Theresa May — trying to find a politically viable Brexit solution as the the head of a weak minority government in a deeply divided parliament, facing an uncompromising EU.

If Boris, a notorious opportunist, is the new PM, then it is expected that he would try and use the credible threat of leaving the EU without a deal in the hope of shifting Brussels out of its red lines. If this endeavour were to fail, which it is assumed it would, he might then call a general election in the hope of stealing the thunder of the newly formed Brexit Party (which dominated EU parliamentary elections in the UK), looking for clear a mandate both for his prime ministership and for a no-deal Brexit.

This backdrop should maintain the pound’s Brexit discount, which it is estimated to have oscillated between 10 and 15% in trade-weighted terms since the vote to leave the EU in June 2016. Cable has resistance at 1.2700 and Support 1.2610. 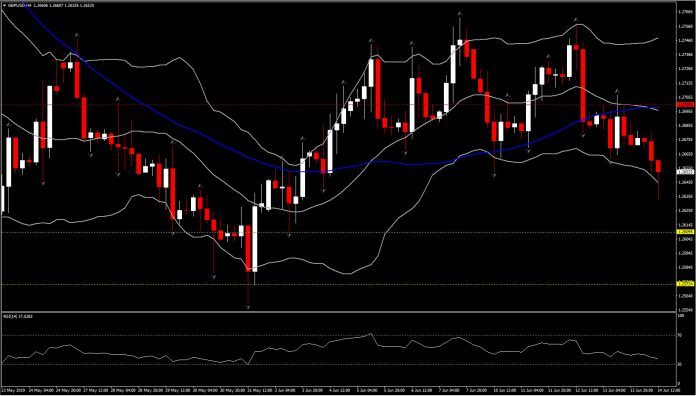