The fallout from (i) Mrs May resigning in June, (ii) the Brexit stalemate between the UK Government and the opposition Labour party (why negotiate with a PM in her twilight days) and (iii) the prospect of PM Boris Johnson (again) all conspire to spook Sterling. All less than a week before the EU Elections, which most in the UK thought they would not be contesting. As with every post-referendum crisis since June 2016, it is the Pound that suffers from the worry and uncertainty, while for equity traders the Sterling weakness only benefits the UK100. The UK100 is up over 200 points (2.8%) this  week. 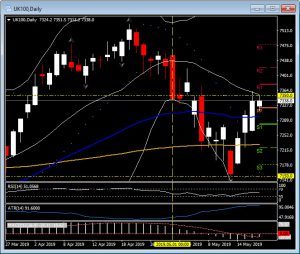 Sterling is down for a tenth consecutive day today with some signs of it being oversold, but the political news flow continues to weigh. Cable is trading under 1.2800 at 3-month lows (over 400 pips down in two weeks) and GBPJPY is testing 140.00 (a 650 pip move over the same time frame). 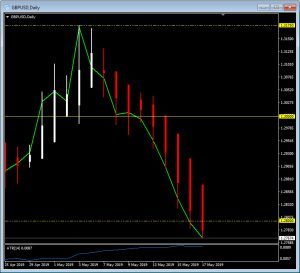 Technically, GBPJPY has been oversold all week and Cable is flirting with the zone today, however, until the political noise clears Sterling will remain stressed. 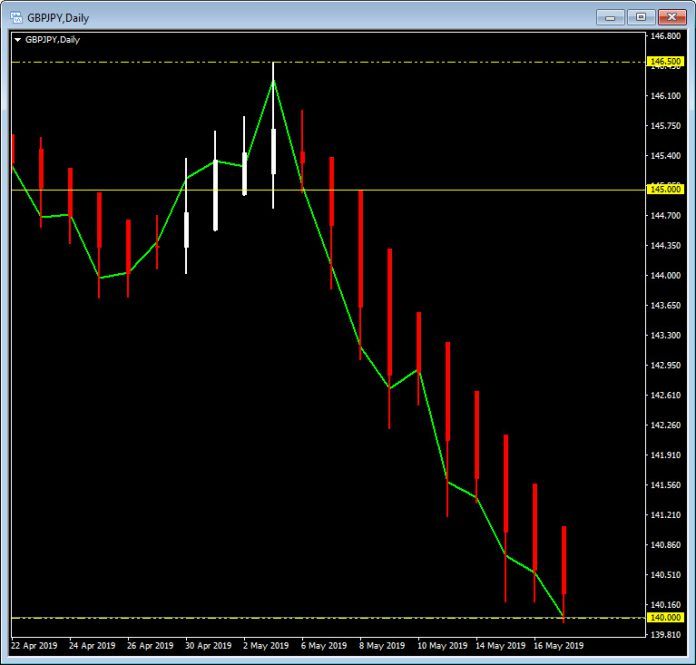