With the contrasting trade/political headlines joining hands with the US Dollar (USD) strength, WTI takes the rounds to $55.00 amid initial Friday trading.

The energy benchmark has recently dropped as the Saudi Arabia, Russia, and other major oil producers from the Organization of the Petroleum Exporting Countries Plus (OPEC+) group refrained from any further production cuts while pushing some of the non-compliant countries.

Adding to the pessimism could be the latest wave of bearish monetary policy announcements from the European Central Bank (ECB) that indicated trade war’s negative impact on the global economy. It should also be noted that US and Chinese goodwill gestures were largely ignored by the black gold traders amid overall greenback strength.

On the political front, the US President Donald Trump showed readiness to meet the Iranian counterpart while also considers allowing France for the $15 billion line of credit to the Middle East nation if it returns to Obama-era pact. However, the US Treasury Secretary Steve Mnuchin continues to hold its firm bias against the Arab nation.

Traders will now look forward to weekly Baker Hughes Rig Counts data for the US oil rigs, previous 738, for fresh impulse while also keeping an eye over trade/political headlines.

Bears are back in control following that daily doji printed earlier in the week.  An aggressive sell-off of over 6.5% down to trendline support occurred overnight. 54.80 gave out and focus is now on a close below the 38.2% Fibonacci retracement support of the July swing highs to May-July horizontal support which guards 53 the figure and the 23.6% Fibo of the same range. The upside target is the 78.6% Fibo and Sep highs in the 58.70s. 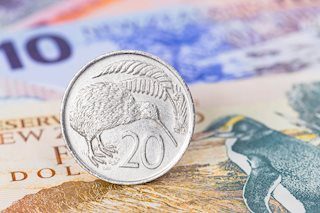