Statistics Canada will publish the monthly retail sales report for the month of May later this Friday at 12:30 GMT.

The consensus forecast point to a minor acceleration in the headline sales, which is expected to show a 0.3% growth as compared to the previous month's +0.1%. Meanwhile, growth in the core sales - excluding automobiles, is also seen higher by 0.4% during the reported month as against +0.1% previous.

Readers can find FX Street's proprietary deviation impact map of the event below. As observed the reaction is likely to be in the range of 38-43 pips in case of deviations up to +0.38 to -0.58, although in some cases, if notable enough, can fuel movements of up to 73-76 pips in the subsequent 4-hours. 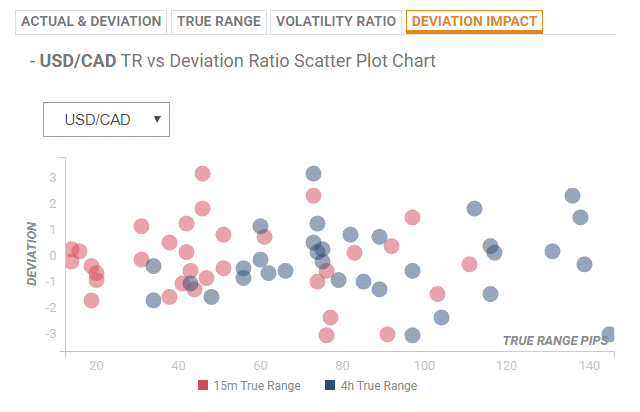 How could it affect USD/CAD?

From a technical perspective, “considering the pair’s repeated failure to slip beneath 1.3000 round-figure, chances of its pullback to 1.3100 seem brighter on the break of February month low surrounding 1.3070.

USD/CAD: Upside still capped by 1.3050 amid firmer Oil, ahead of data

The Retail Sales released by Statistics Canada is a monthly data that shows all goods sold by retailers based on a sampling of retail stores of different types and sizes. The retail sales index is often taken as an indicator of consumer confidence. It shows the performance of the retail sector in the short term. Generally speaking, the positive economic growth anticipates bullish movements for the CAD.