In terms of the GICS sectors; there was no clear risk bias to the performance of sectors. Health care and industrials did the best, tech, financials, materials, communication services and real estate all gained, consumer staples and utilities were flat and energy was lower. A modest rise in US government bond yields did not have much of an impact on duration-sensitive growth and tech names. In terms of individual movers, Amazon was a standout performer, gaining 2.2% after winning a union ruling vote.

The March Producer Price Inflation report for the month of March was released on Friday; the YoY rate of PPI was 4.2% in March (its highest since September 2011), a jump of 1.4% from February and well above expectations for a reading of 3.8%. The Core PPI was also higher than expected, rising to 3.1% YoY from 2.5% in February, above expectations for a 2.7% reading. According to ING, the latest PPI report adds upside risk to next week's Consumer Price Inflation (CPI) report (also for the month of March).

They expect CPI to come in at 2.4% YoY in March, but then to rise towards 4.0% over the summer “as prices in a vibrant, re-opened, stimulus fuelled economy contrast starkly with those of twelve months before when the economy was largely in lockdown”. The bank disagrees with the Fed, who thinks that inflation will then moderate; “we think that pandemic-related scarring and supply constraints will keep inflation elevated for longer than they do”. ING conclude that “inflation could stay closer to 3% for much of the next couple of years and in an environment of strong growth and rapid job creation it adds to our sense that risks are increasingly skewed towards a late 2022 rate hike rather than 2024 as the Fed currently favours”.

Speaking of the Fed, FOMC officials have been keen to jawbone to the market over the past few days about how they expect the coming rise in inflation to be transitory. That was one of the key messages from Fed Chair Jerome Powell on Thursday and Vice Chair Richard Clarida on Friday. Some desks attributed this reassurance from the Fed that the coming spike in inflation will not cause them to start thinking about tightening as one key reason for why major equity bourses have been able to push to further all-time highs throughout the week.

Looking ahead then, if stocks have taken on board the Fed’s “don’t worry about inflation message”, a strong CPI reading next Wednesday ought not to cause too many concerns. Meanwhile, the March Retail Sales numbers should show an explosion in spending, given American’s each received another $1400 in direct government cheques that month. A massive number should not come as a surprise to equity investors but may still underpin the growing sense of economic optimism with regards to the US recovery, which (as long as the Fed stays dovish, which they are) is only a good thing for sentiment right now.

GBP/USD soars toward 1.41 after UK elections, US Nonfarm Payrolls

GBP/USD has hit a new three-month high near 1.41 after the SNP failed to win a majority in Scotland and as the UK is set to extend its reopening. The dollar is still suffering from Friday's weak jobs report.

Gold buyers defend $1,830 even as Friday’s run-up pauses for fresh push to the north. US NFP, Unemployment Rate backed Biden, Yellen and Fed to shrug off rate hike pressure. 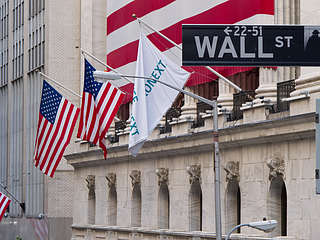