The USD/JPY is recouping on Thursday, following 0.47% Wednesday losses, courtesy of falling US Treasury bond yields, which weighed on the greenback. However, fundamental factors like US central bank officials reiterating the need for higher rates to tame inflation bolstered the USD/JPY. Therefore, the USD/JPY st trading at 144.37, above its opening price by 0.18%.

The USD/JPY has been unable to break above/below the September 22 Bank of Japan intervention in the Forex markets, with price action staying in the 140.34-145.90 range. Even though the weekly high meandered ten pips shy of the 145.00 figure, traders remain nervous about another BoJ incursion in the FX space. Worth noting that the USD/JPY is trading sideways while the Relative Strength Index (RSI) keeps heading south. Therefore, the likelihood of a test of the 20-day EMA ar 143.27 is on the cards.

Contrarily, if the USD/JPY clears the 145.00 figure, expect a re-test of the YTD high at 145.90 unless Japanese authorities re-enter the markets. 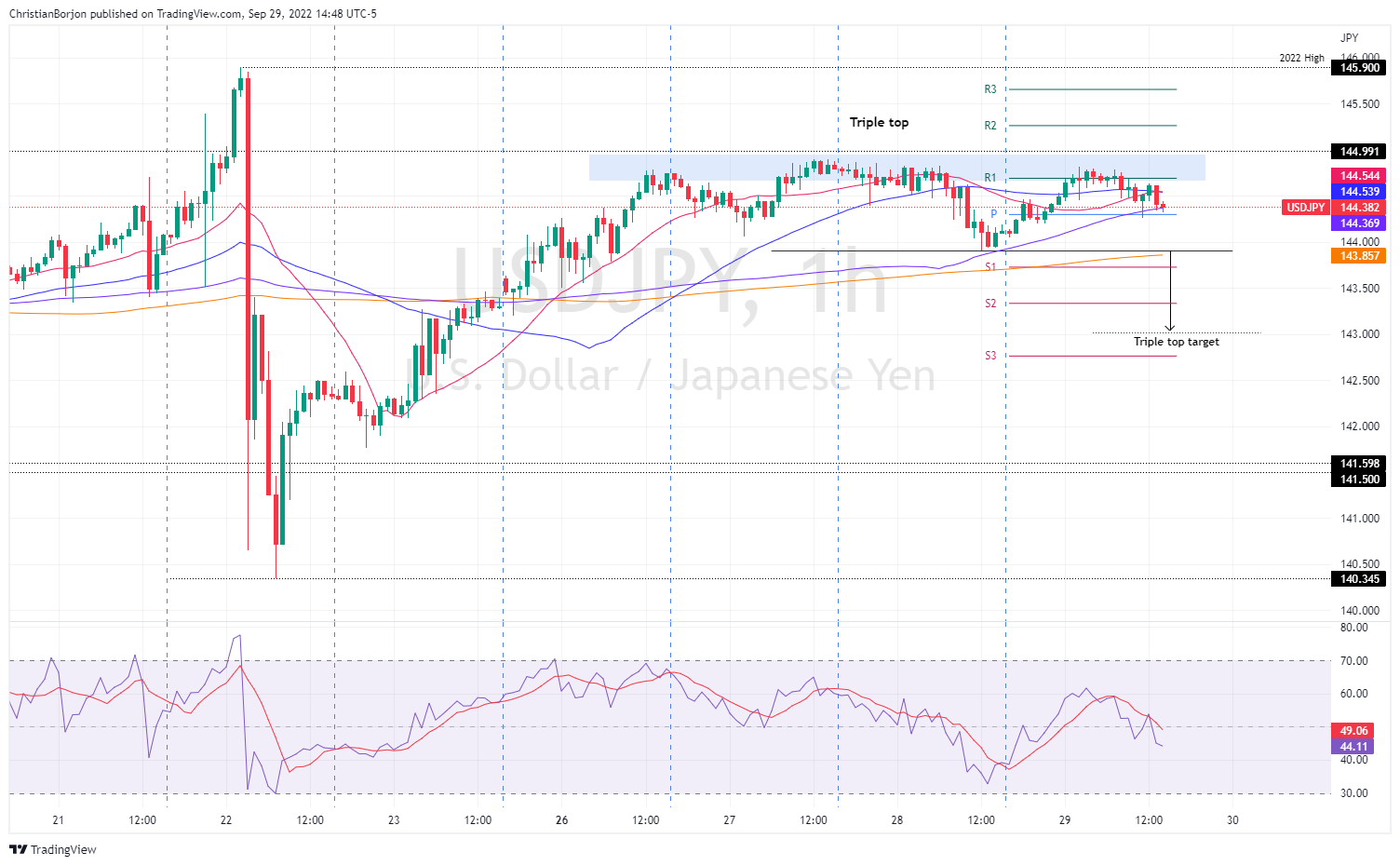