USD/JPY fell to 143.90 by late NY trade as US yields tumbled overnight following the Bank of England's surprise move by buying bonds. Global bond yields fell in response while equities rallied and the US dollar tanked as bulls capitulated into month-end sessions. At the time of writing, USD/JPY is retesting the 144.40s, moving up from the 144.04 lows

The central bank said it will carry out temporary purchases of long-dated UK government bonds from 28 September to restore orderly market conditions. “The purchases will be carried out on whatever scale is necessary to effect this outcome,” BoE said in its statement. The Old Lady's intervention appeared to calm the market when the yield on the 30-year benchmark gilt dropped by more than 50 basis points at one point despite the BoE only buying GBP1b concentrating on the July 2051 bond in the main.

Following the aggressive fall in the value of USD/JPY, the currency pair could be ripening for a deeper correction of the steep rise from a week ago from down at 140.35 However, insofar as the divergence between Federal Reserve and Bank of Japan policy continues to signal upside potential for USD/JPY.

''The MoF, however, will be aware of the current vulnerability of the JPY and probably hopes to create enough fear of further intervention to keep some speculators side-lined.  That said, we continue to target USD/JPY147.00 on a 3-month view,'' analysts at Rabobank argued. 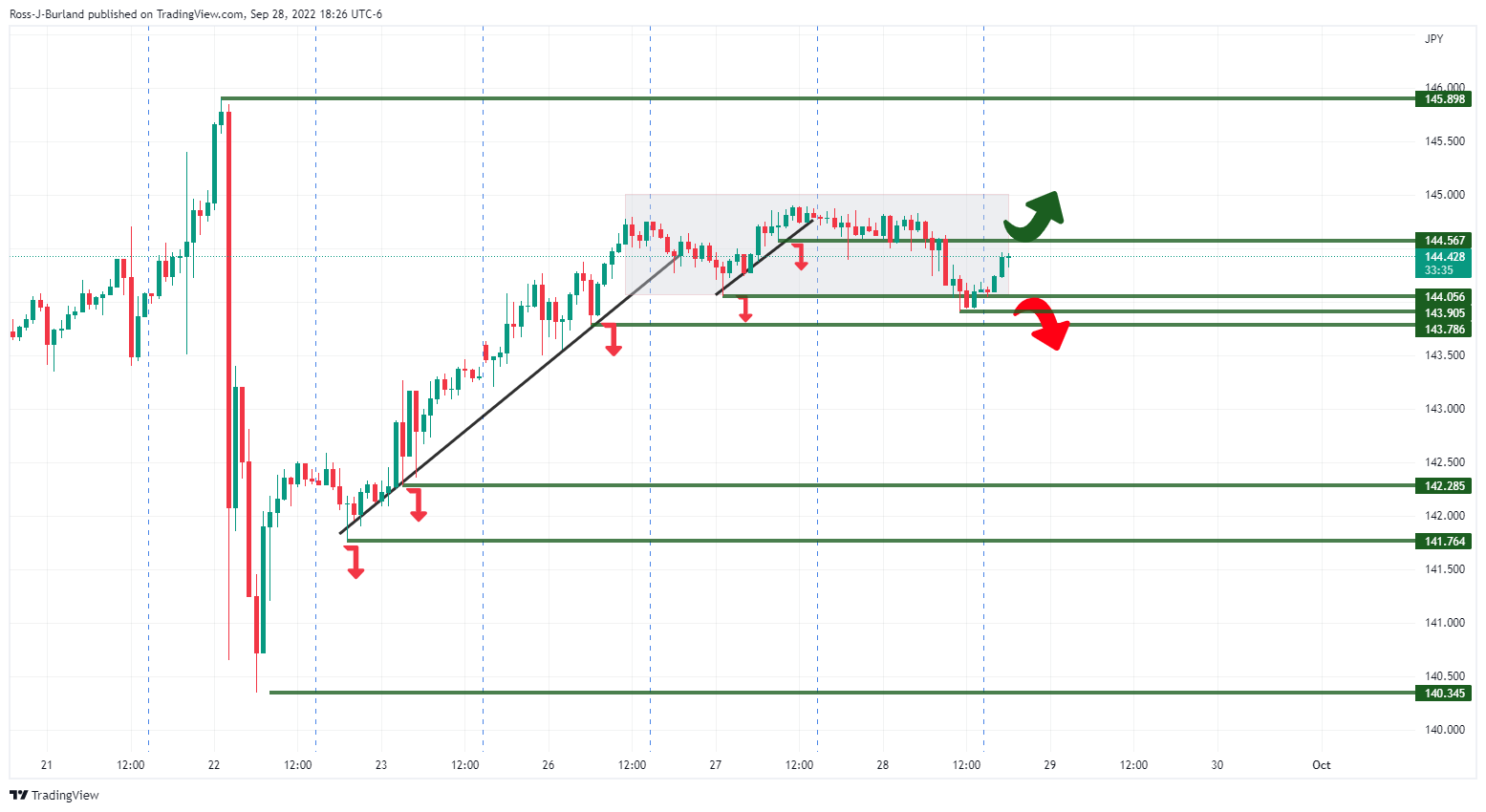 The price took out the first level of support in the NY open and there are now prospects of a continuation to the downside should 144.50s hold as resistance and 143.90 breaks followed by 143.80.