USD/CHF edges higher on Friday in the European trading hour. The pair hovers in a very close trading range with positive bias.

If price breaks the session’s high, it could test the upside target at the 0.9100 and the 0.9150 horizontal resistance level.

The Moving Average Convergence Divergence (MACD) trades below the midline with a bearish crossover. The reading suggests that there is room for further downside to the horizontal 0.9050 support level.

Gold prices touch the lowest level in a month and continue with its previous two week’s downside momentum. The biggest single day fall of $30  was observed on Thursday following a  higher-than-expected US Retail sales data. 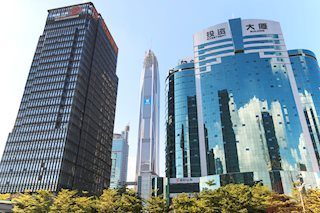 The open could be in for a risk-off ride to start the week due to China's embattled developer, Evergrande, being on the brink of default. The potential fallout of Evergrande could have contagion implications that spill outside China’s financial market borders.