USD/CAD was a mover on Wednesday due to the Bank of Canada's interest rate decision whereby the pair shifted gears on the announcement, rallying from a low of 1.3340 to score a high of 1.3428 prior to correcting back into the rally following a consolidation around the BoC's governor, Tiff Macklem's, comments on the policy outlook and responses to questions from the press.

The following illustrates the price action that occurred over the event and prospects for a move higher, depending on the outcome of today;'s critical pre-Fedral Reserve meeting US economic data. 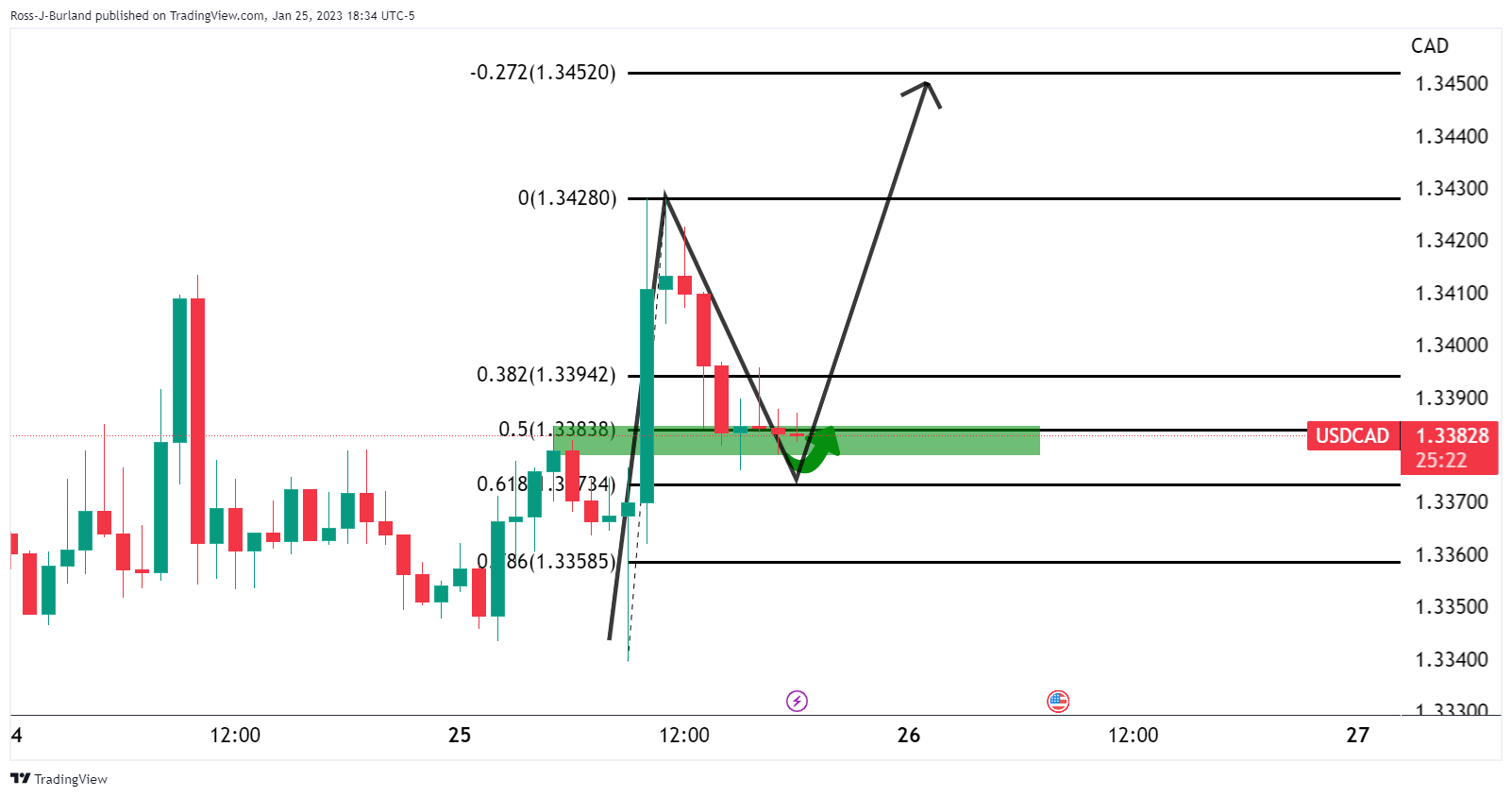 The correction has stalled at the 50% mean reversion of the move. This area also has a confluence with the prior resistance earlier in the week which raises the probability of a move up from here over the course of the next sessions, namely the London and US trade. 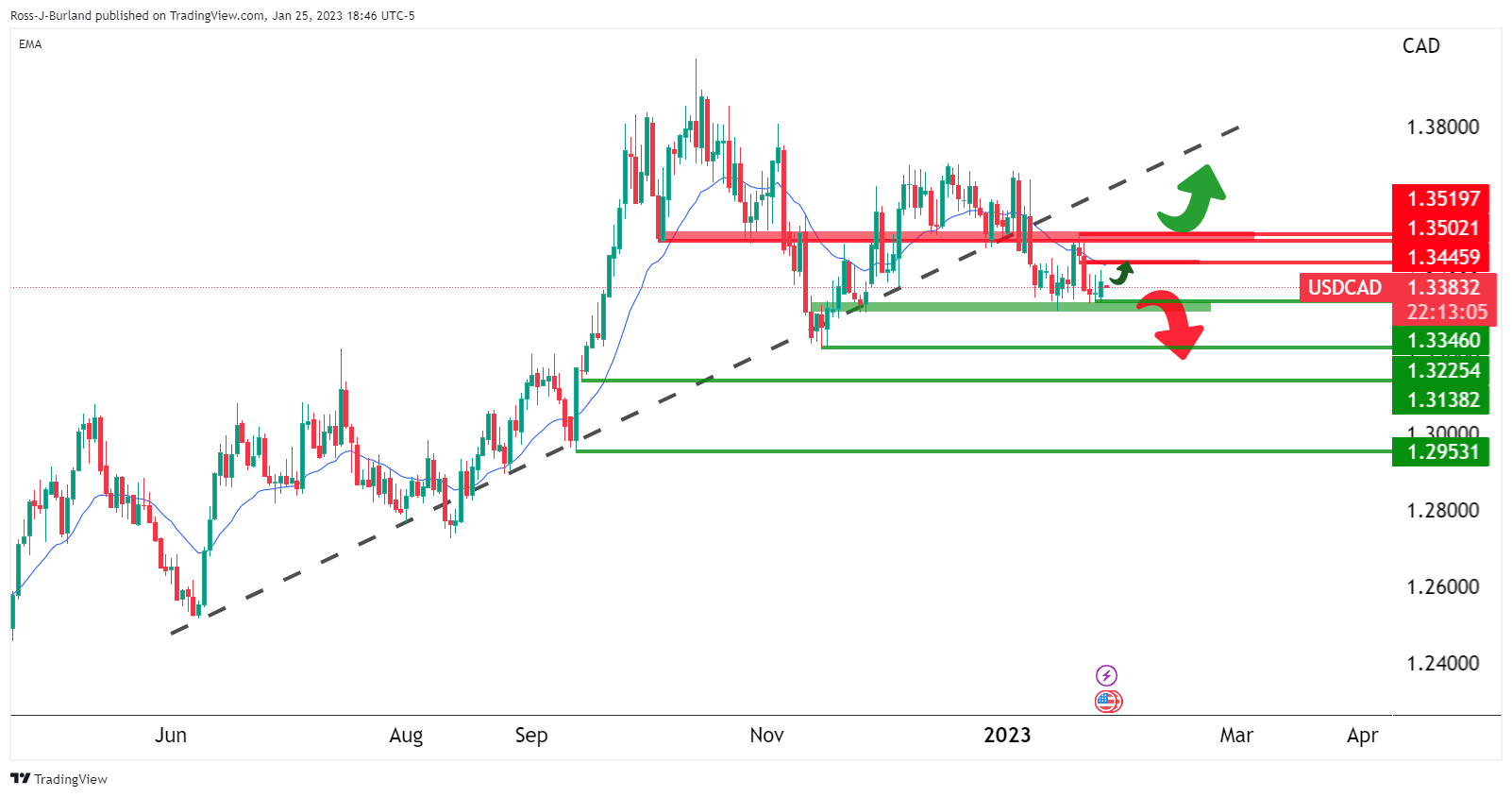 there would be prospects of a bullish breakout as per the above daily chart above should the bulls break above 1.3520. However, 1.3450 is guarded by the 20-day EMA and 1.3500 could also prove a tough area to break above. Meanwhile, the 61.8% Fibonacci resistance is a compelling target that meets structure and the 20 EMA: 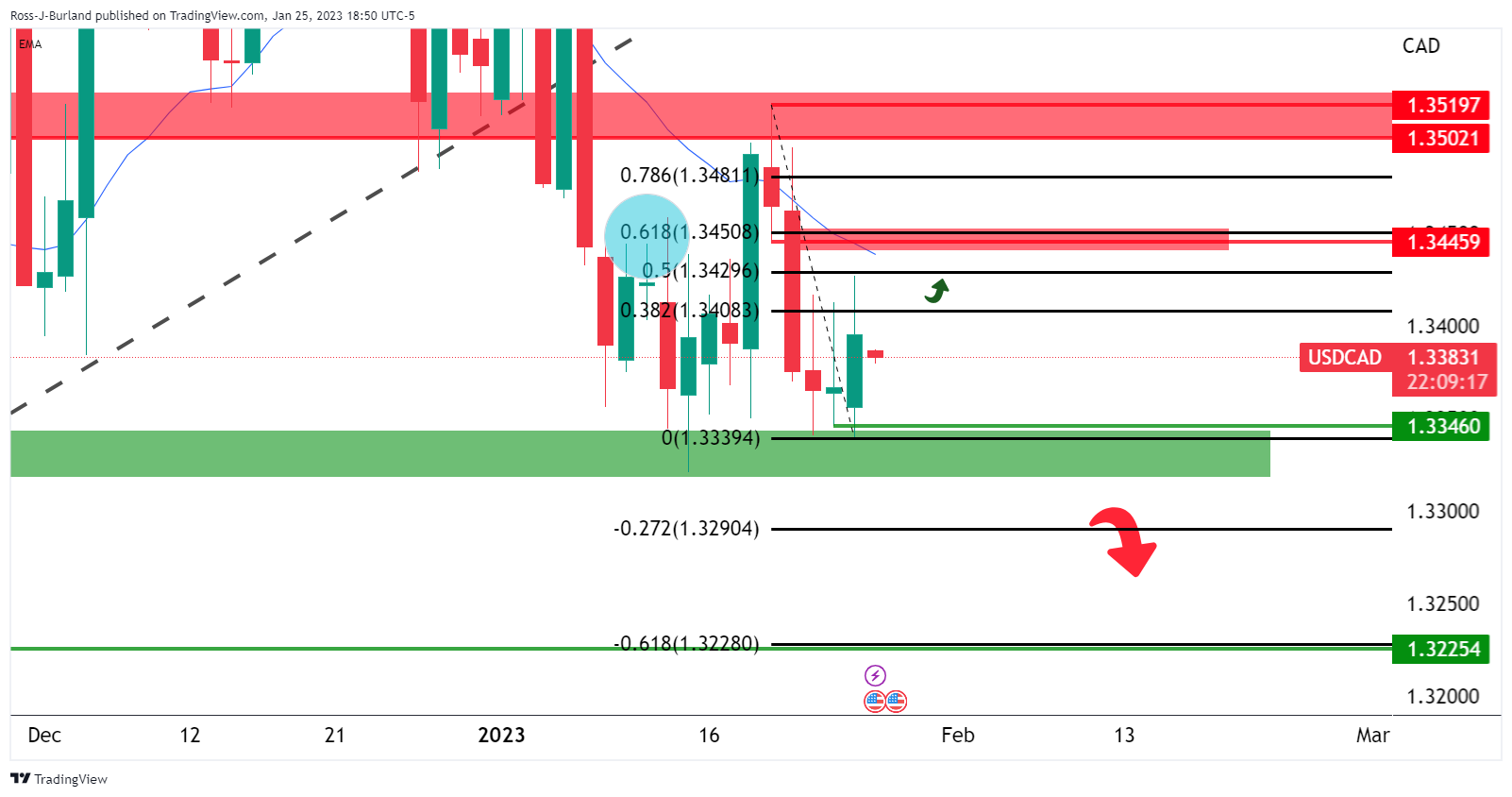