Tesla (TSLA) reacted poorly to the latest central bank developments with the stock falling 4% on Thursday. Main indices were not as badly hit with the S&P 500 losing less than 1% and the Nasdaq just over 1%. Tesla again then demonstrated its high beta.

Equities are being driven lower by bond yields, and little in the way of company-specific news can be attributed to Thursday's Tesla fall. The move is more a macro positioning one and perhaps some technical details. As investors take more money out of ETFs and indices, those index-tracking funds are forced to sell the largest holding. Tesla naturally is one of the largest holdings in numerous ETFs and index trackers. It comes as no surprise that investors are pulling cash from equities as bond yields rise and make them a viable alternative.

This move has again increased this morning in Europe, and the 2-year yield is now heading for 4.5%. A not-so-shabby return to shelter some cash in times of equity stress. Of course, the picture was not helped by a recall for Tesla cars in the US. Reuters reported on Thursday that Tesla was recalling 1.1 million cars due to a faulty window reversal system. However, this news appeared to hit newswires before the market opened on Thursday and had little impact on TSLA stock in the premarket, so it seems it was not the major reason for the aggressive sell-off.

The repeated failure at the top of the range at $314.64 now seems likely to result in a breakout lower at $281. This should see a swift test of $266 as the next support zone. The area around $240 has some strong volume history so could stall any move lower, but $207 remains the bearish target for now. Only a break of $314 changes this picture in my view. 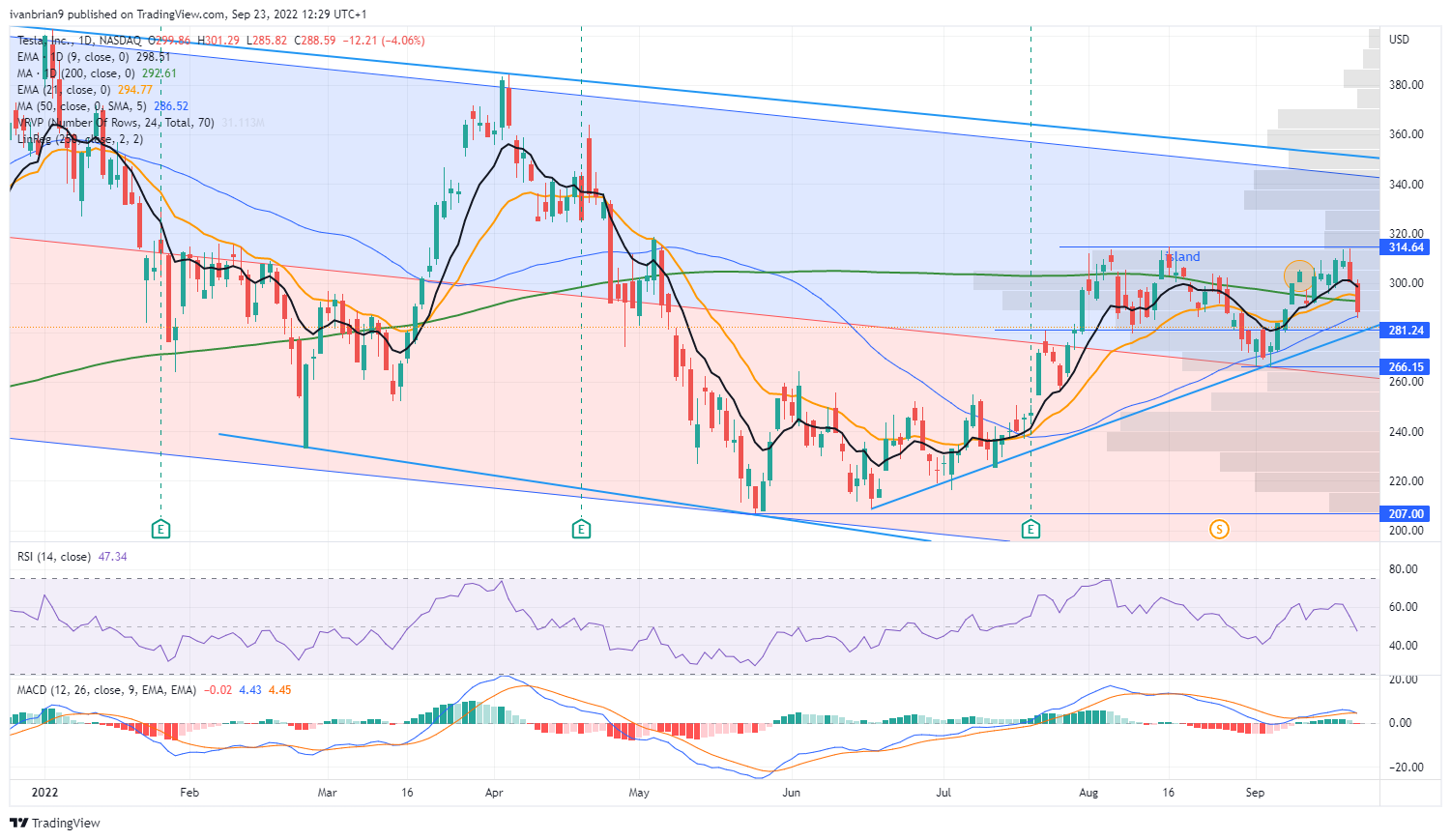