Equity markets continued to squeeze early adopters of the bear market rally theory as the main indices continued their steady march higher on Tuesday. Equity markets are exhibiting slowing volatility as the week revolves around Friday's US CPI report with Thursday's ECB rate decision a mere speed bump along the way. Tuesday witnessed the VIX remaining stable at around 24 with large-cap stocks moving slowly. There was some interest in the retail and meme stock space with two strong performances from GameStop (GME) (+14%) and AMC Entertainment (AMC) (+9%). Both stocks saw renewed interest due to a Reuters report highlighting growing short interest in the stocks. This appeared to embolden retail traders in another short squeeze effort. They may have some success with GME, which now is nearly flat on the year. AMC though is a different case as it is down over 50% year to date, meaning shorts are likely to have much higher entry prices and will be difficult to smoke out.

The energy sector continues to be the big outperformer as oil prices once again push on. As we write this morning, oil is above $120 again. At some stage, this shock will make equity investors risk-averse and see yet more switching from all sectors to the energy names. Before Friday we are unlikely to see any significant portfolio adjustments. Friday is also notable for a significant option expiry, so it should make for a volatile day. Until then we may see some choppy rangebound sessions.

This $415 level has been well flagged by us, and so it is no surprise to see choppy trading with a lack of direction at current levels. We still feel too many are waiting to short this rally and hence favor a break to stop out early shorts. This move could and should extend to $435. At that stage, it may present a better shooting opportunity. Failure to break this $415 level, and we move to the Fibonacci retracement support at $380. 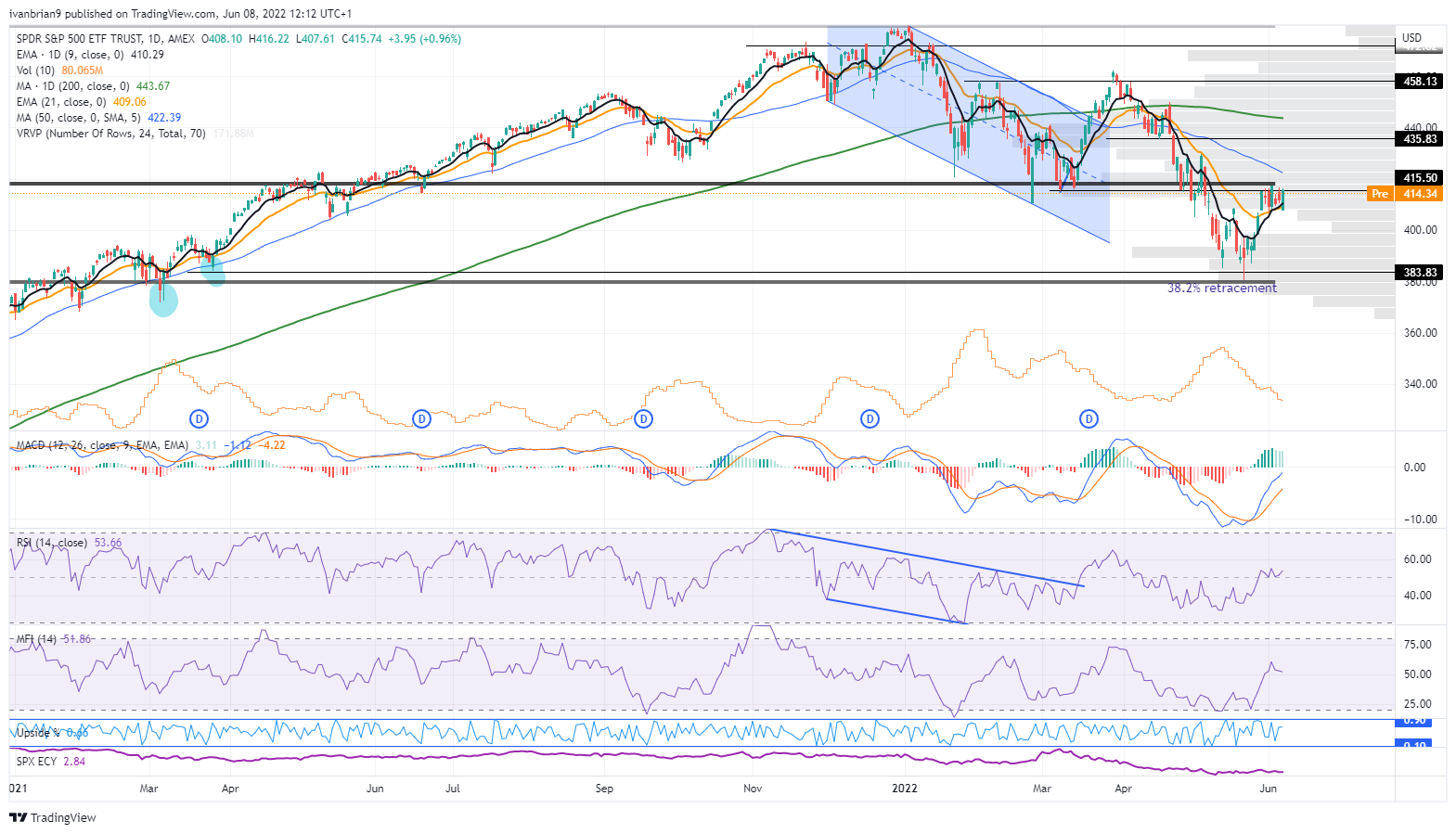 GBP/USD: Bears could be about to make their moves

GBP/USD bulls are tiring following the overnight rally that was sparked by a miss in US Consumer Price Index. There are complications for the bulls at this point as they run into weekly resistance and there is a reversion pattern left behind on the daily chart that followed Wednesday's rally.

Gold price has dropped to near $1,785.00 after surrendering the critical support of $1,788.00 in the Asian session. The precious metal has entered into a healthy correction phase after printing a fresh monthly high at $1,807.96 on Wednesday.