The S&P 500 stays on course for the 4200 level, although “red flags” are starting to emerge, as the Credit Suisse analyst team notes.

“Key ‘red flags’ for the S&P 500 are as follows: The rally has extended to the top of its multi-year channel from the 2009 low. We have moved to the upper end of its ‘typical’ extreme – 15% above the 200-day average. OnBalanceVolume is not confirming the new highs and shows a clear bearish divergence. Outright Volume is now falling as the market itself moves higher. 93% of S&P 500 stocks are now above their 200-day average. Weekly DeMark Sequential is now seen very close to an exhaustion signal.”

“Classic momentum measures though are not yet seen at an extreme and we see scope for the market to get more overstretched yet and we continue to look for further gains to 4175, then ideally our core Q2 objective at 4200. It is from here we would then look for signs of a potentially more important peak and a corrective/consolidation phase.”

“Big picture though, even if correct, our bias would be to view a pullback/correction from 4200 as temporary and corrective, with a clear break seen opening the door to a move to 4260 next, then 4350/55.”

“Support moves to 4068 initially, with a break below 4034/20 needed to suggest a consolidation/correction phase has already begun, with support then seen next at 3984, then more importantly the 63-day average at 3904.”

EUR/USD hovers around 1.1840 after the Fed's taper talk

EUR/USD  eases from daily highs, hit by hawkish comments by the Fed's Clarida and Daly. The bank is nearing tapering its bond-buying scheme, a move that could happen this year. US jobless claims missed with 385K, a speech from the Fed's Waller eyed.

GBP/USD is holding above 1.39 after initially falling in response to the BOE's "Super Thursday" decision. The bank left its policy unchanged and only one member voted for tapering bond buys. A speech from the Fed's Waller and covid headlines are eyed.

The pessimism surrounding the upcoming smart contracts launch on Cardano is increasing. Odds are 59-41 against, according to recent market positions on the top prediction market Polymarket. 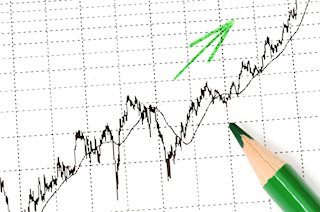 NASDAQ:LCID fell for the third straight session amid a down day across the Wall Street indices amid covid concerns and hawkish comments from Fed Vice-Chair Richard Clarida.