Silver (XAG/USD) records its most significant daily loss since March 29, plunging 2.68% during the day, amidst surging US Treasury yields led by the short-end and a firm US dollar. At the time of writing, XAG/USD is trading at $25.17

Fed speaking and an upbeat sentiment weighed on precious metals

As reflected by US equities ending the day with gains, a risk-on market mood kept investors turning towards riskier assets. Consequently, the precious metals complex suffered, on the back of Fed speaking, which triggered a jump in US Treasury yields.

On Monday, St. Louis Federal Reserve President James Bullard reiterated his case for increasing interest rates to 3.5% by the end of 22 to slow 40-year-high inflation readings, as he said that US inflation is “far too high.”

Additionally to St. Louis Fed Bullard, on Tuesday, Chicago’s Fed President Charles Evans said that the US economy “will do very well even as rates rise.” Evans added that he supports a “couple” of 50 bps increases, which could lift rates to the 1.25%-2.50% neutral rate.

It is worth noting that the 10-year TIPS broke above negative territory during the day, up to 0.005%, for the first time since March 2020, a headwind for the white metal. The Treasury Inflation-Protected Securities (TIPS) are also called real yields because they subtract projected inflation from the nominal yield on Treasury securities. 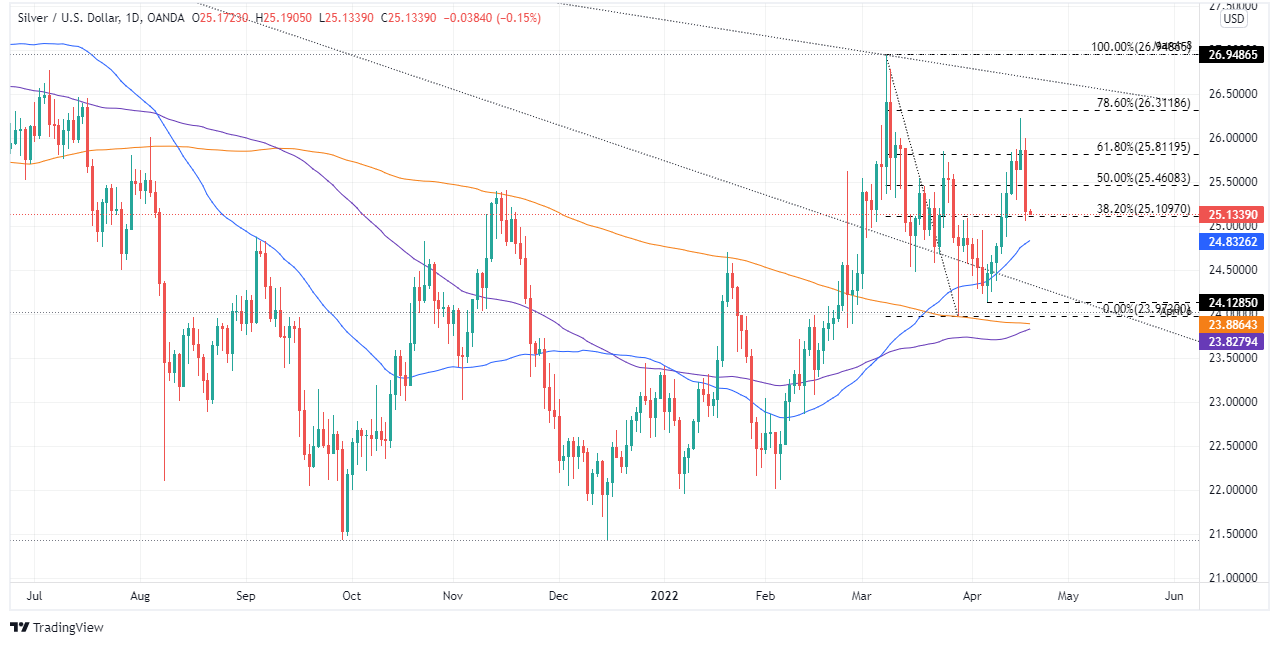 Gold price is auctioning around a two-day low at $1,818.64 and is expected to slip further to near the weekly low at $1,816.98. The precious metal has failed to capitalize on the event of banning the imports of gold from Russia, which generates the second-highest revenue for Moscow after oil and gas.