While the metal is flashing green, it is yet to take out resistance at $27.80 (the previous week's high).

A move above that level would imply a bullish breakout from the narrowing price range signaled by the previous week's candle, whose high and low falls well within the preceding week's price range. 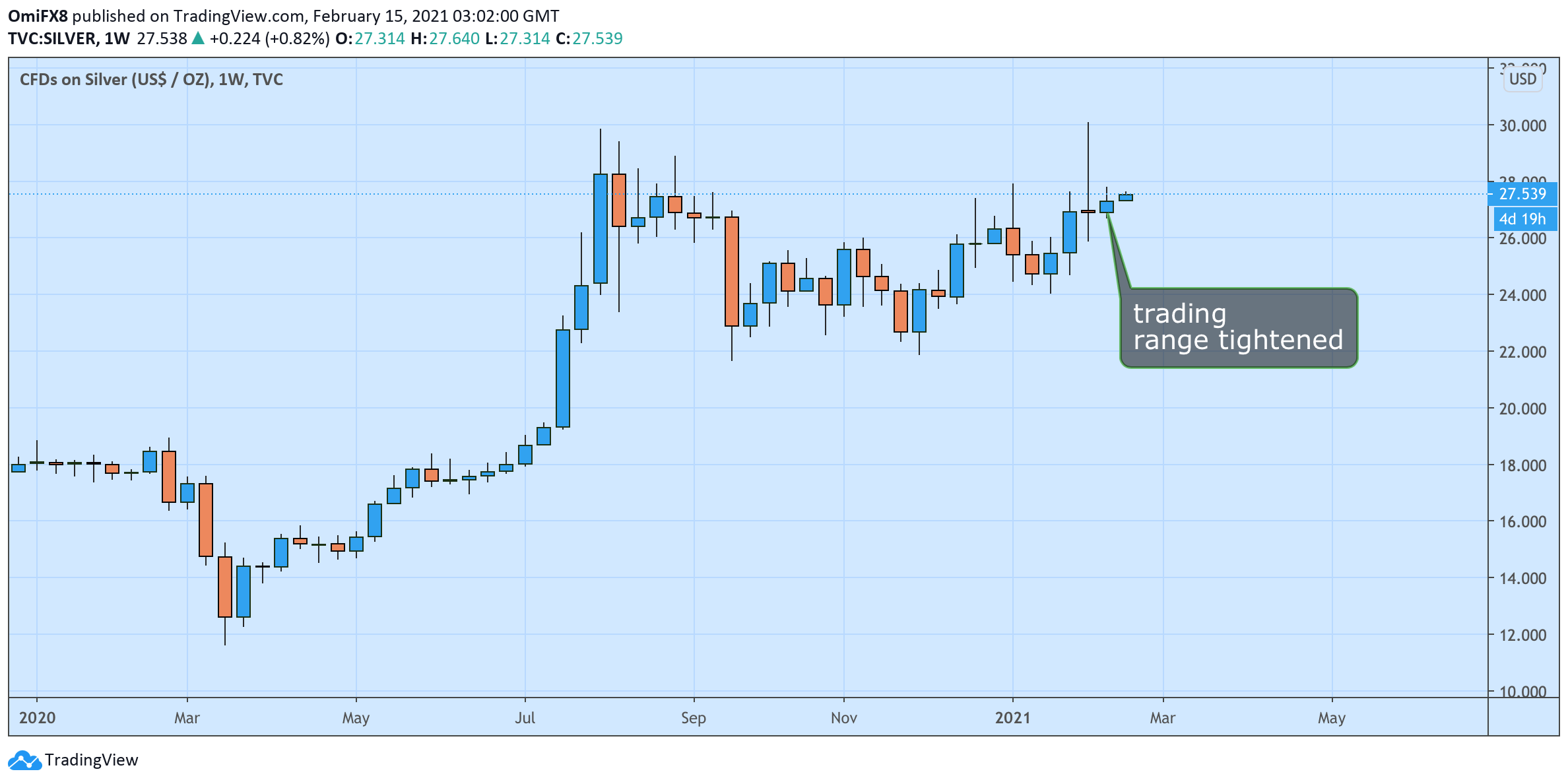