Crypto stocks were back on the rally train on Monday as Bitcoin pushed close to $60,000 in the midst of some risk assets seeing renewed interest from retail traders. If and when retail traders return to the market, it is the riskier assets they seem to target such as meme stocks and Bitcoin and other cryptocurrencies. The relief rally in Bitcoin was sparked last week by comments from Fed Reserve Chair Jerome Powell, who said there were no plans to ban Bitcoin. This sent Bitcoin on a charge straight for $55,000  and now looks set to target the $60,000 psychological level.

Crypto stocks have naturally been a big beneficiary, and most were up sharply yesterday. RIOT was up nearly 7% on the day and closed at $27.63, having touched $28.90 earlier in the session. The Bitcoin chart below shows the continuing strength and potential move to $60,000.

On Tuesday, October 5, RIOT released September production numbers and operations updates. The headline was strong with a yearly increase in production of 346%. In September 2021 RIOT Blockchain produced 406 BTC compared to 91 BTC in the same month a year earlier. As of September 30, 2021, RIOT said it holds approximately 3,534 BTC, all of which are from its own mining operations. The company currently has 25,646 miners with a hash rate capacity of 2.6 exahash per second. RIOT aims to increase this to 7.7 exahash per second by Q4 2022.

We had put this one on watch for a strong breakout with confirmation from the momentum oscillators. That is exactly what we got with a powerful move on Monday seeing the Moving Average Convergence Divergence (MACD) cross over and give us a bullish signal. The Relative Strength Index (RSI) has picked up but is still below 50 and has not broken the downtrend line. Getting above $27 has put RIOT into neutral, but the stock needs to get above $30 to turn bullish. This will create a higher high than the previous one on September 23. A pullback after such a strong move is ok so long as RIOT stock remains above $26.50.

FXStreet Ideas: Look to buy a pullback above $26.50 or buy a breakout above $30. Please use stops. 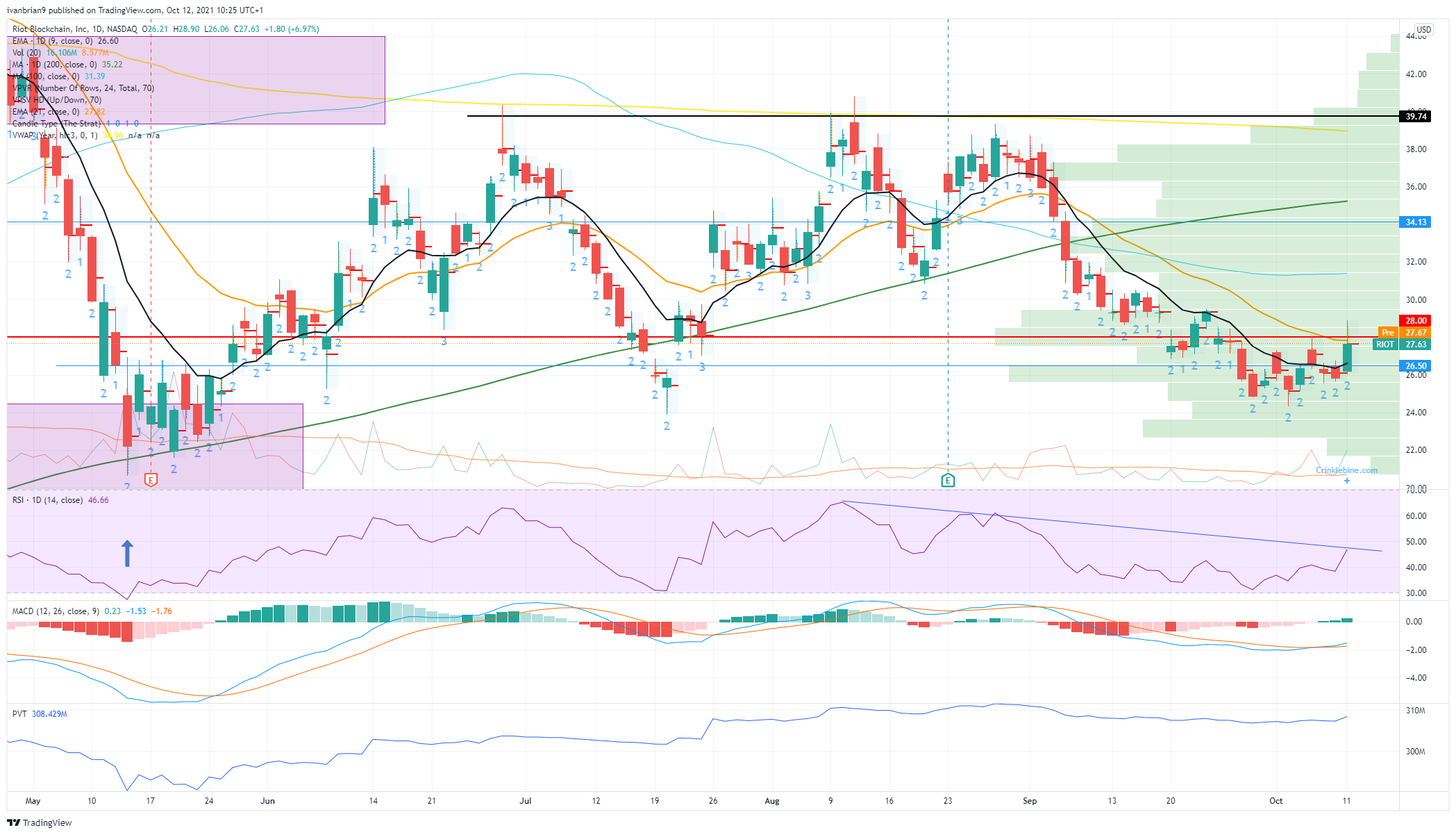