If the Reserve Bank of New Zealand (RBNZ) had not eased monetary policy further, the NZD/USD exchange rate would be higher by 5-10%, Deputy Governor Christian Hawkesby said while speaking alongside Governor Adrian Orr following the Financial Stability Report publication this Wednesday.

“NZ economy is one of most resilient on planet earth,” Orr noted.

Orr said: “The RBNZ is operationally ready to implement negative OCR if conditions warrant it.”

EUR/USD is pressuring the 1.1400 threshold

EUR/USD hovers around the 1.1400 level, unable to attract market players in a quiet start to the week. Germany will publish the January ZEW Survey on Economic Sentiment on Tuesday.

After moving sideways a little below 1.3700 during the European session, GBP/USD lost its traction and fell to its lowest level in five days below 1.3650. In the absence of fresh fundamental catalysts on the MLK Day, the dollar continues to outperform its major rivals.

Gold hovering around $1,820 in a quiet start to the week

Spot gold seesaws around Friday’s close, with trading limited amid US markets closure due to Martin Luther King day. The dollar managed to advance modestly during the European session, resulting in the metal trimming early gains.

Bitcoin, Ethereum, Shiba Inu and Dogecoin rank amongst the most popular cryptos

Based on a survey conducted by Huobi, Bitcoin, Ethereum, Shiba Inu, and Dogecoin are the top cryptocurrencies. Investors turn to cryptocurrencies for long-term investment potential. 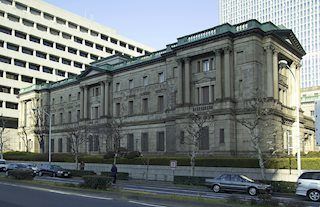 At its first monetary policy meeting of 2022, the Bank of Japan (BOJ) is unanimously expected to keep its policy settings at the conclusion of its two-day review on January 18.