GBP/USD steps back from an eight-day high to 1.2177 during Friday’s Asian session. In doing so, the pair also respects 38.2% Fibonacci retracement of its fall from December 12, 2019, as the immediate resistance. However, sustained trading beyond 10-day SMA and likely MACD turn towards the bullish horizon keep the buyers hopeful.

GBP/USD is in a 400-pip range today and up 2.5% as the Bank of England held their scheduled monetary policy meeting earlier today and left rates unchanged at 0.1%, as expected.  This meeting comes only days after the BOE had two emergency rate cuts and slashed rates to its lowest rate ever.  The BOE in recent days also began a 200 billion Pound Quantitative Easing program and said they are ready to do more if necessary. The Great British Pound continued its bid on the European open from yesterday’s intraday low of near 1.1650.  In addition, the US Dollar has been getting pummeled all day, down 1.5%, pushing the GBP higher vs the US Dollar. 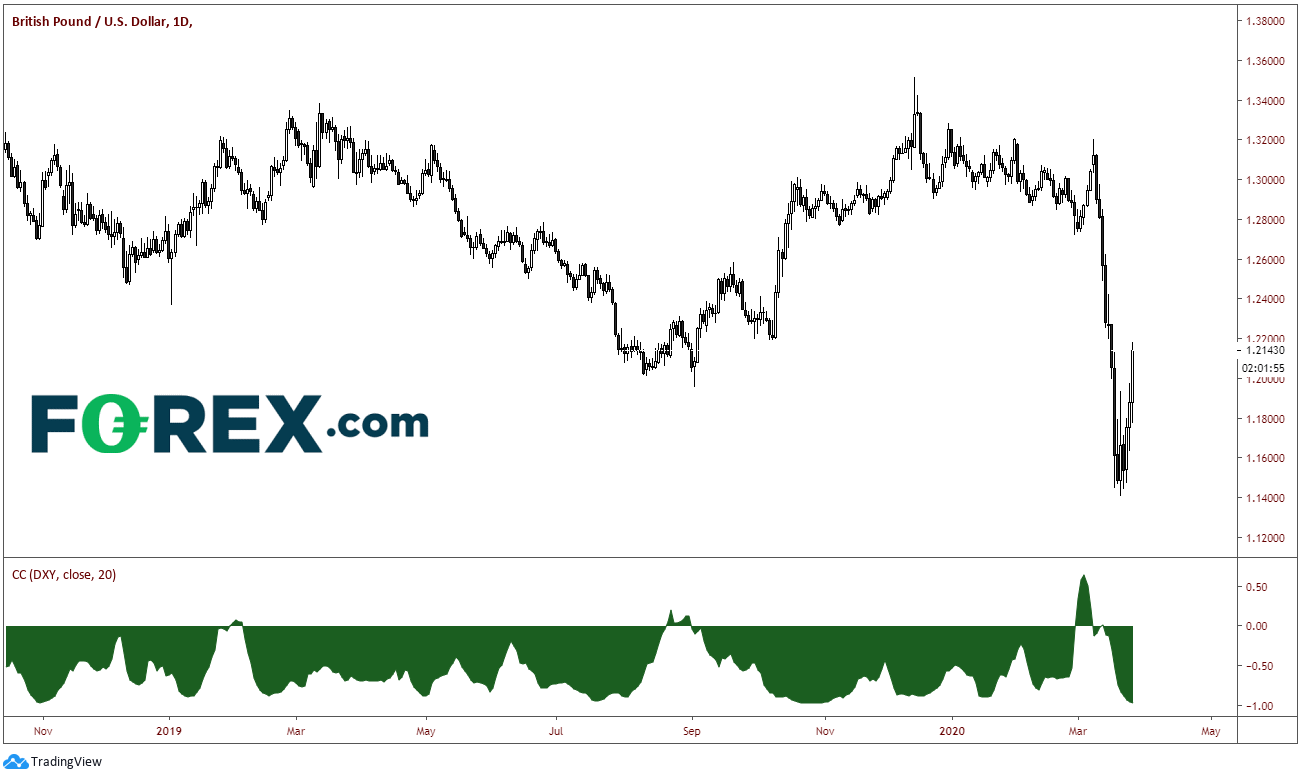 AUD/USD has erased a significant chunk of losses seen in the first quarter. Aussie is eyeing the 50-day average hurdle after Wednesday's bullish close. The spot is trading near 0.6249 at press time, representing a 0.25% gain on the day.

Gold: Stuck in a short-term descending triangle above 200-HMA

Gold prices remain mildly positive near $1,647 amid the early Thursday morning in Asia. The yellow metal remain in the small range after stepping back from Tuesday’s high. Buyers look for an upside break of the triangle resistance, 50-HMA.