NIO shares staged a perfect wedge breakout, but the momentum has stalled somewhat at the 100-day moving average resistance. Time to charge up for a move higher perhaps? Activity in markets has been relatively subdued in the lead up to Thursday's US CPI data, apart from the meme stock space of course. NIO does have some meme features but has never quite seen the crazy single-day moves favoured by the 2021 headliners AMC and Gamestop (GME). NIO still did manage to register a 1,000% gain in 2020, so take that meme stocks. Recent delivery data from NIO and its peers have been positive and caused the wedge breakout. Always nice when fundamentals and technicals align.

NIO was charged and ready for the road last week as delivery data was strong and Citi said "expect NIO's monthly new order volumes in May-Jun[e] to be 20-30% higher than the average monthly level in 4Q20 peak season." Citi also mentioned it could see 50% upside in the shares. LiAuto (LI) chimed in with its own strong numbers as  deliveries of the company's Li ONE car rose by 101% YoY. Xpeng (XPEV) CEO Brian Gu said, “We are on track to meet or exceed second-quarter delivery numbers, which I think means Chinese EV demand is still very strong.” All in all, there is plenty of positive news flow for the Chinese electric vehicle sector.

Longer term we have identified some strong support zones highlighted in purple. The momentum indicators and the Moving Average Convergence Divergence (MACD) remain in bullish formation. 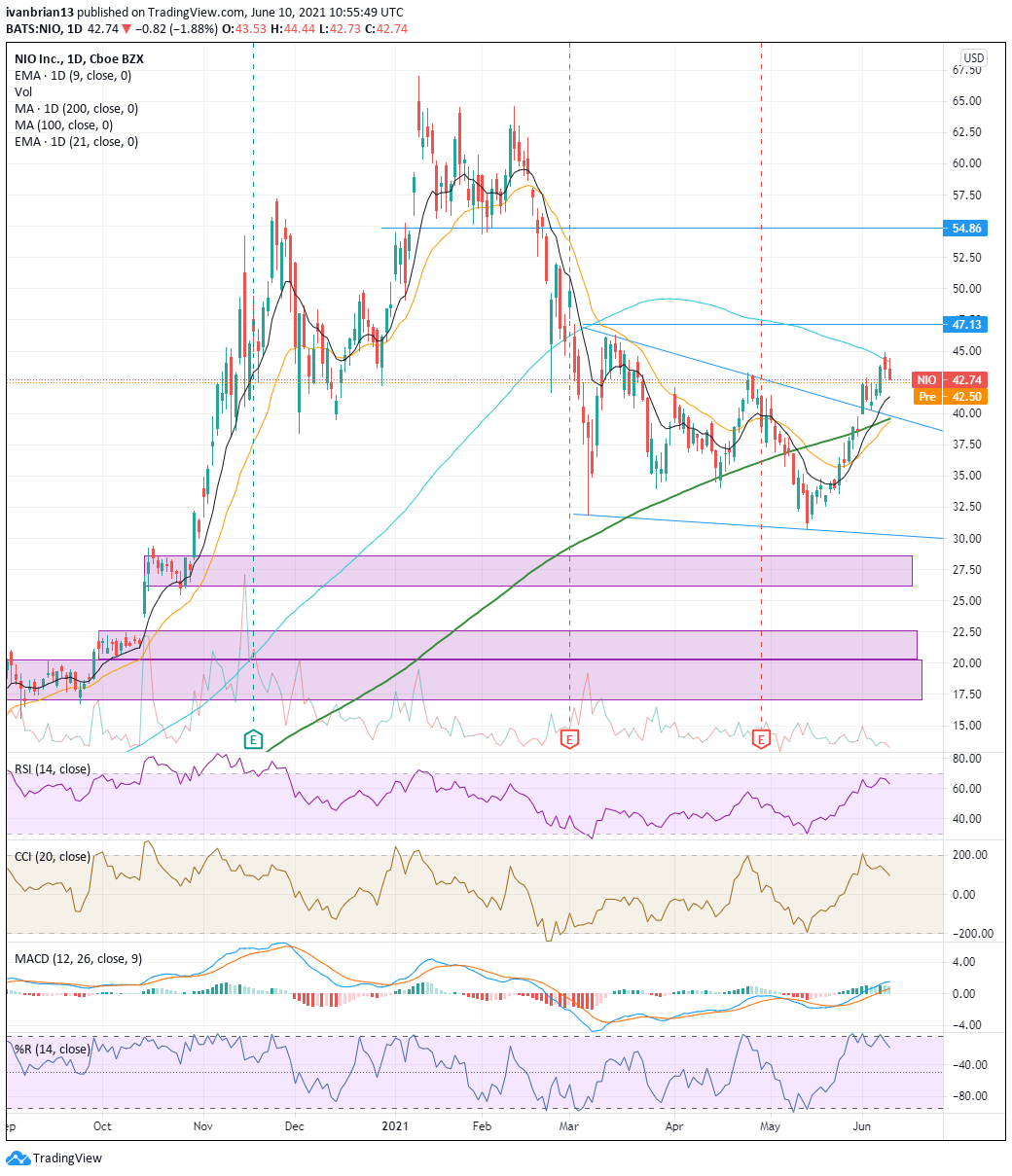 GBP/USD struggles around 1.41 ahead of US CPI

GBP/USD treads water around 1.41. The US dollar remains steady and exerts pressure on the pair. Brexit concerns, Delta strain added to the British pound struggle. US inflation awaited.

Tesla: Still rangebound as CPI may ignite some moves