Netflix (NFLX) shares gave up some recent gains with a loss of nearly 1% on Friday, closing at $628.29 for a loss of 0.87%. The NFLX stock price has been boosted to all-time highs of late by the huge success of Squid Game, with record global viewings as well as a constant stream of discussion on social media, making it one of the strongest trending items of the last month. The stock has seen huge interest from both institutional and retail traders keen to take advantage of the blockbuster hit and the anticipated boost in revenue that should come with it.

Bloomberg reported on Saturday that Squid Game was worth nearly $900 million to Netflix (NFLX). The Bloomberg article cited figures from an internal Netflix document. The show cost just $21.4 million to make, according to the Bloomberg report. Netflix declined to comment on the report. An attorney for the company told Bloomberg that it would be inappropriate for Bloomberg to disclose the confidential data contained in the documents that it had reviewed. The success of Squid Game has clearly seen many new longs initiated in the stock, and just last week alone Piper Sandler and Morgan Stanley raised their price targets for Netflix stock, and Evercore ISI added the stock to its tactical outperform list.

With such a strong run into earnings, we feel the risk-reward is to the downside. Expectations are huge after Squid Game, but this will be a delayed effect and will not be visible in the results on Tuesday. It will take a huge beat to keep this momentum going in our view. The huge spike in early October resulted in a flag formation. These are continuation patterns. If support of the flag is broken, then the trend is over and price turns bearish. This level is $625 for Netflix, so keep an eye out. $560 is our buy-the-dip support zone. 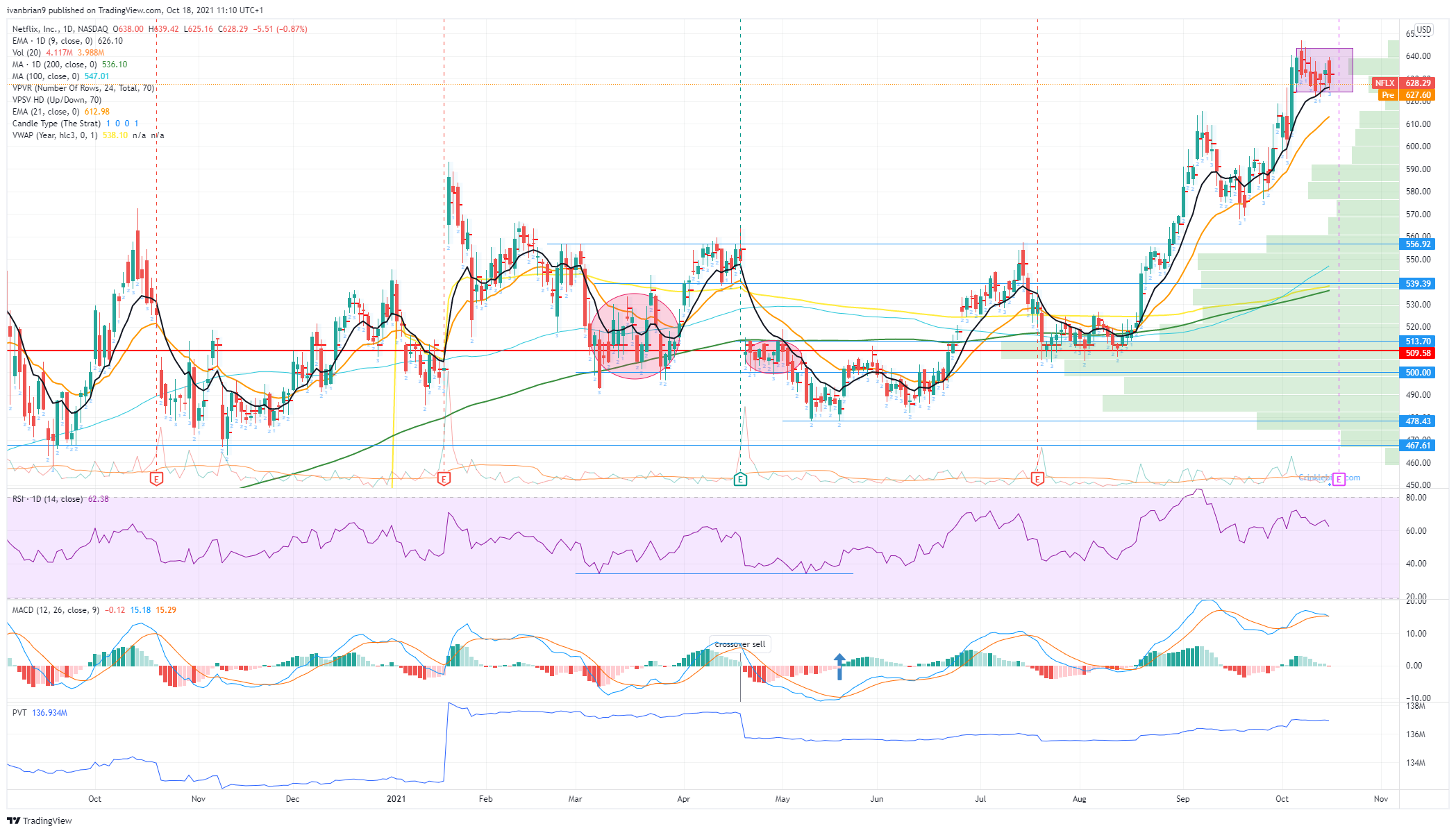