Gold managed to recover the early lost ground to fresh nine-month lows and has now climbed to the top end of its daily trading range, around the $1727-28 region.

A softer risk tone – as depicted by a weaker trading sentiment around the equity markets – was seen as a key factor that extended some support to the safe-haven XAU/USD. However, sustained US dollar buying kept a lid on any meaningful recovery for the dollar-denominated commodity.

From a technical perspective, oversold conditions on short-term charts seemed to be the only factor that assisted the XAU/USD to find some support near the $1707 region. That said, the bias remains tiled in favour of bearish traders and supports prospects for further weakness.

The overnight rejection near the $1960-65 support-turned-resistance and the lack of any meaningful buying interest adds credence to the negative outlook. Hence, any further recovery might still be seen as an opportunity to initiate fresh bearish positions around the XAU/USD.

From current levels, immediate resistance is pegged near the $1740 region, above which a fresh bout of short-covering has the potential to lift the XAU/USD towards the $1754-55 hurdle. This is followed by the $1760-65 strong barrier, which should cap any further upside.

On the flip side, weakness back below the $1710-08 immediate support will reaffirm the bearish bias and accelerate the fall towards the $1700 mark. The downward trajectory could eventually drag the XAU/USD further to the next major support near the $1675-70 region. 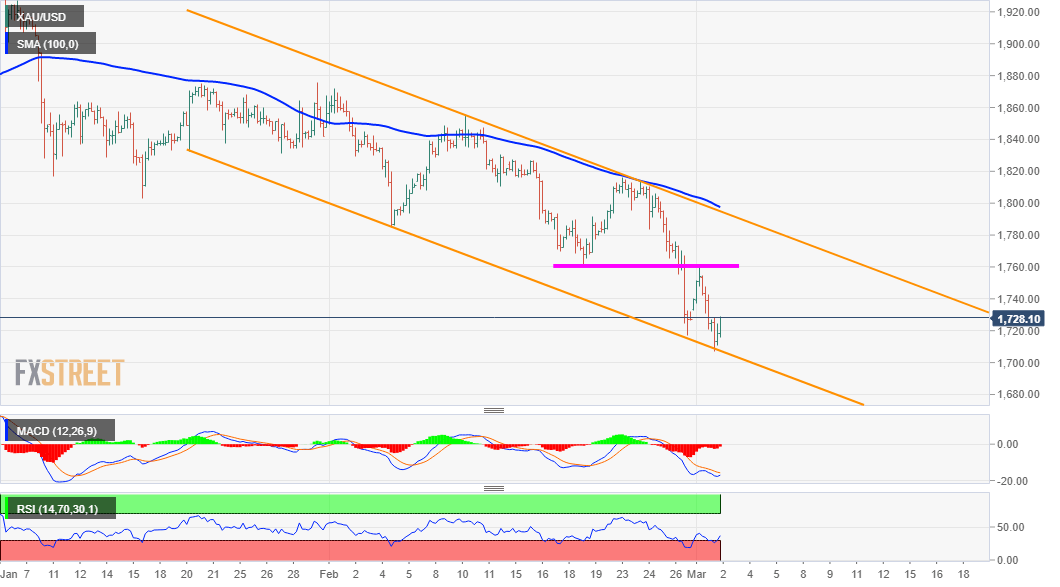