Gold has been consolidating its gains achieved earlier in the week and failed in its second attempt to surge above the $1,981 level after the Federal Reserve's rate decision. The Fed painted a gloomier picture of the economy and opened the door to more stimulus.

The central bank's worries were echoed with weak Gross Domestic Product and a rise in jobless claims. President Donald Trump tweeted that perhaps the elections should be postponed given the virus. While his comments seemed to divert attention from the economic figures, it triggers new worries.

Will that result in more demand for XAU/USD? The precious metal seems well-positioned on the charts.

The Technical Confluences Indicator is showing that gold has substantial support at $1,936, which is the convergence of the Pivot Point one-month Resistance 3 and the PP one-week R1.

It is backed up by weaker support at $1,941, which is where the previous daily low hits the price.

Some resistance awaits at $1,948, which is where the Bollinger Band one-hour Lower, the PP one-day Support 1, and other lines all meet up. 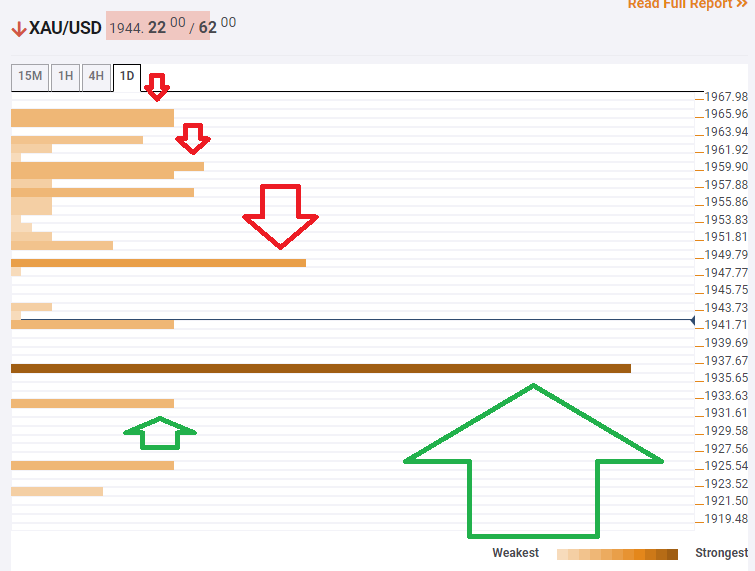