Further to the prior analysis, Gold Price Analysis: XAU/USD's recovery at odds with the US dollar's daily chart, the price of gold remains anchored.

Rising rates continue to place a wet towel on gold markets with spot gold now flirting with a break below the 200-DMA. 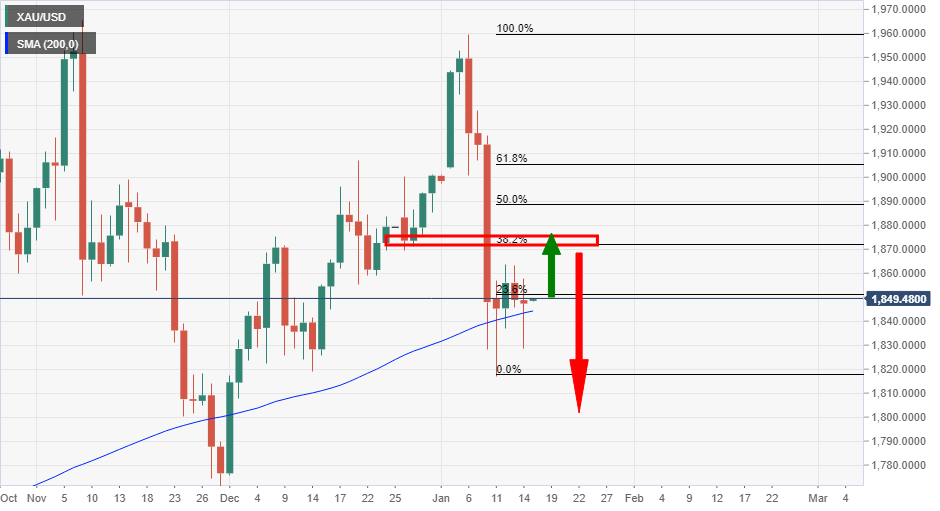 ''Complacent positioning in gold is being shaken-up by a rise in rates, and with positioning still stretched, the aggressive rise in Treasury rates is placing continued pressure on the consensus-long gold market, which could still threaten a deeper positioning squeeze,'' analysts at TD Securities explained.

As for the DXY, prospects of higher government spending by President-elect Joe Biden's incoming administration and a vaccine plan has led to a rise in US Treasury yields, supporting the greenback.

The US dollar has also benefitted from expectations of a continued economic recovery in the United States while countries in Europe resort to lockdowns to fend off a second COVID-19 wave. 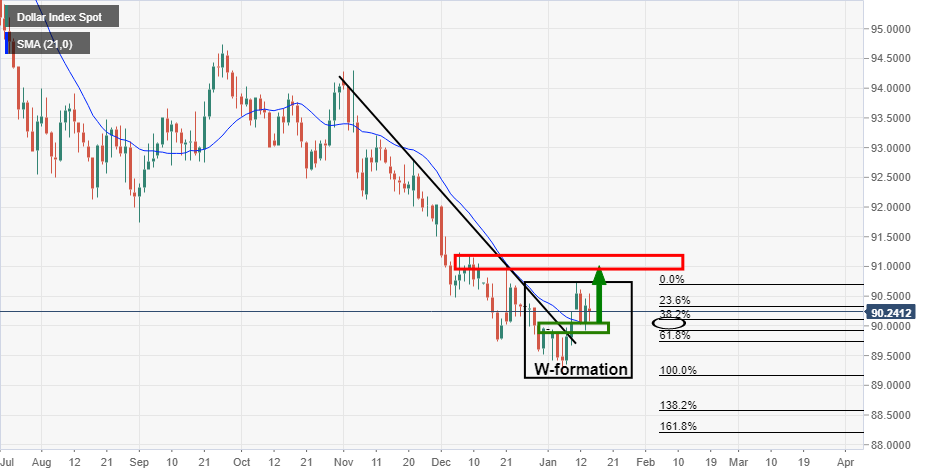 ''This doesn't bode well for gold flows, particularly given that gold is an inflation-hedge asset only inasmuch as the Fed's stance on rates translates into a low rates vol environment,'' the analysts at TD Securities argued.

''However, recent fedspeak has pushed back against the need to immediately extend the weighted-average maturity of their Treasury purchases, suggesting officials are willing to test the resilience of equity markets against higher rates''.