The GBP/USD refreshed a 37-year low but bounced off and reclaimed the 1.1500 figure after meandering around the 1.1400 round figure during the day. The GBP/USD recovered some ground and settled at current exchange rates, trading at 1.1531, above its opening price by 0.18%, at the time of writing.

The GBP/USD trades were volatile during Wednesday’s trading session. The major is still downward biased, despite recovering more than 100-pips losses. It is worth noting that the Sterling dropped below the descending channel, where the major has been trading since late May, when the British pound began its downfall throughout 2022.

GBP traders should know that the Relative Strength Index (RSI) is within the oversold territory, so the pair might print a leg-up before resuming its downward path. Therefore, the GBP/USD’s first resistance would be the September 6 daily high at 1.1608. Once cleared, the next supply zone would be the 50% Fibonacci retracement at 1.1652, followed by the 61.8% Fibonacci level at 1.1710. 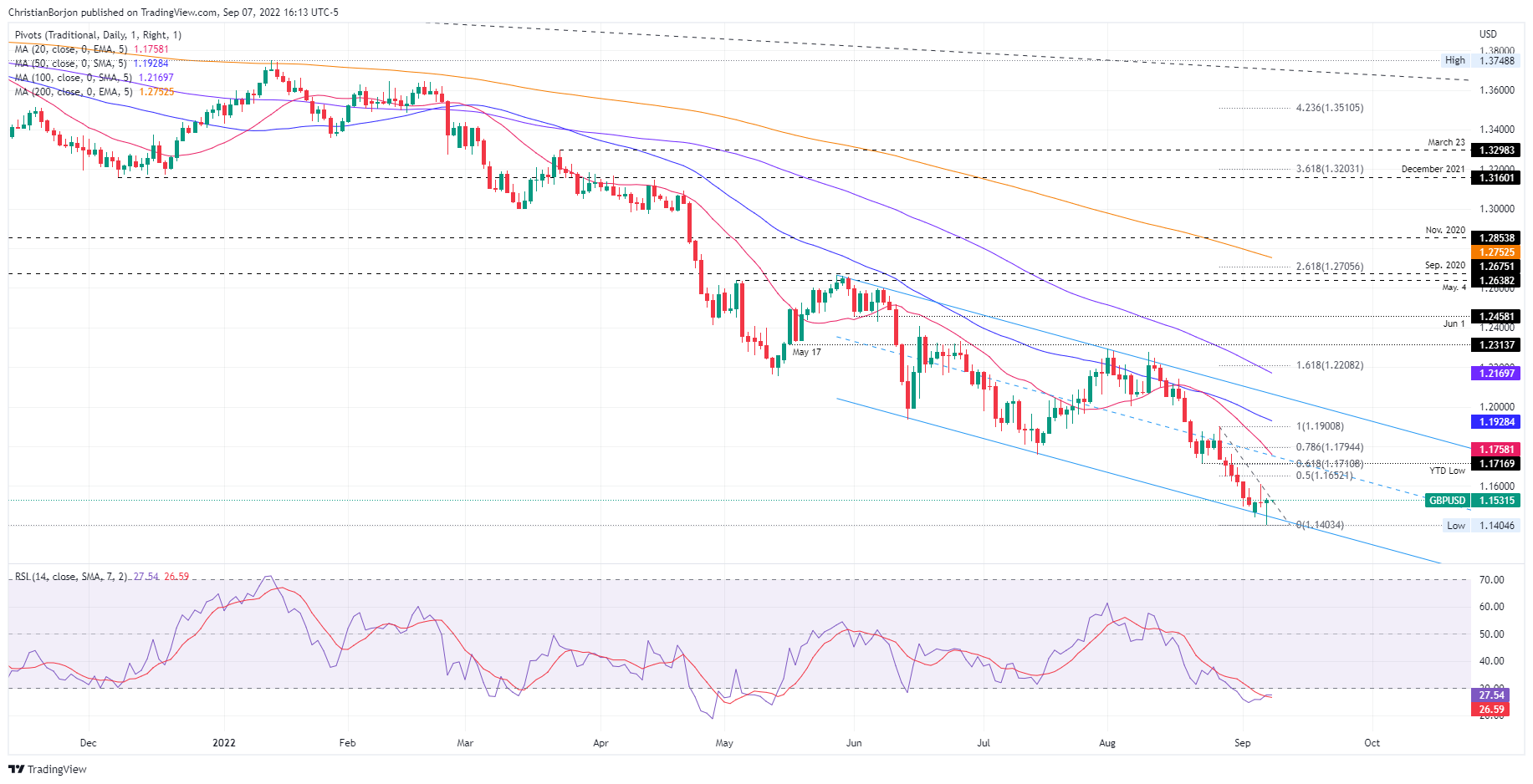