GameStop (GME) reported earnings after the close on Thursday. The numbers were not great with a large and very surprising miss on earnings per share, but at least revenue did beat estimates.

GME stock did as one would expect after the earnings number – they fell sharply. After all, these are not good numbers. Yes, revenue was ahead of estimates, but not by much: $2.25 billion versus $2.22 billion estimated. GameStop reported a loss of $126.9 million and an EPS loss of $1.86, when estimates had called for an EPS gain of $0.84. That is a huge miss.

The shares, therefore, fell sharply in Thursday's aftermarket. This continued into the regular session on Friday, but then things took a strong turn. Wedbush lowered their price target to $30 after the numbers, and we expect many other Wall Street firms to follow suit. However, retail traders again took control of the stock and pushed it higher, resulting in a near 11% turnaround from its premarket performance. GME ended the day up over 3.5% at $90.79.

The main catalyst was a report from Cointelegraph that GameStop stands to make $150 million in IMX tokens if it achieves certain milestones. GameStop partnered with non-fungible token project ImmutableX earlier this year.  CEO Matt Furlong said on the GameStop conference call that the company expects to launch an NFT marketplace by the second quarter of 2022.

The chart is still very much unclear for GME. We have a potential bottoming at $78, so this is key short-term support. The earnings numbers were bad, but investors are betting on the potential of the NFT business. This is a big bet. There is nothing too dramatic in the chart to witness. Holding above $78 is key, a break will see a move below $60. Holding above $78 should see a move to test $100. All main moving averages are higher and the Relative Strength Index (RSI) and Moving Average Convergence Divergence (MACD) are not giving us too much right now. 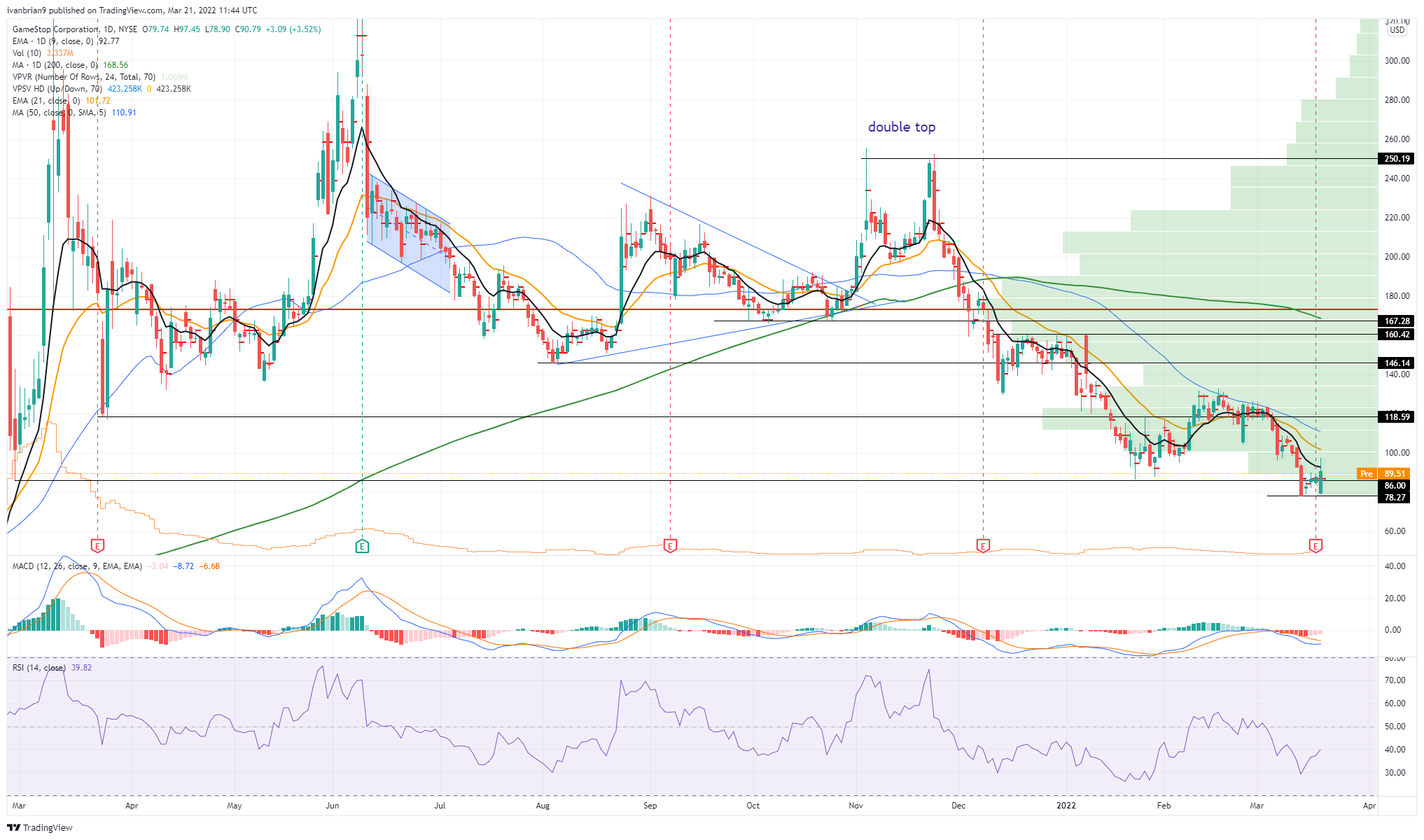