The last week of September has definitely been a treat for short-term speculators. We had amazing moves all over the market including major indices. Take for example our hero today – DAX. It made new long-term lows while trying to end this week on a positive note being close to a promising buy signal.

The DAX remains in a beautiful channel down formation (blue), which started on September 12th. A breakout to the upside would be a technical signal to buy. Of course, for now in a mid-term first. Today, the price is testing the upper line of this formation but so far without bullish success. 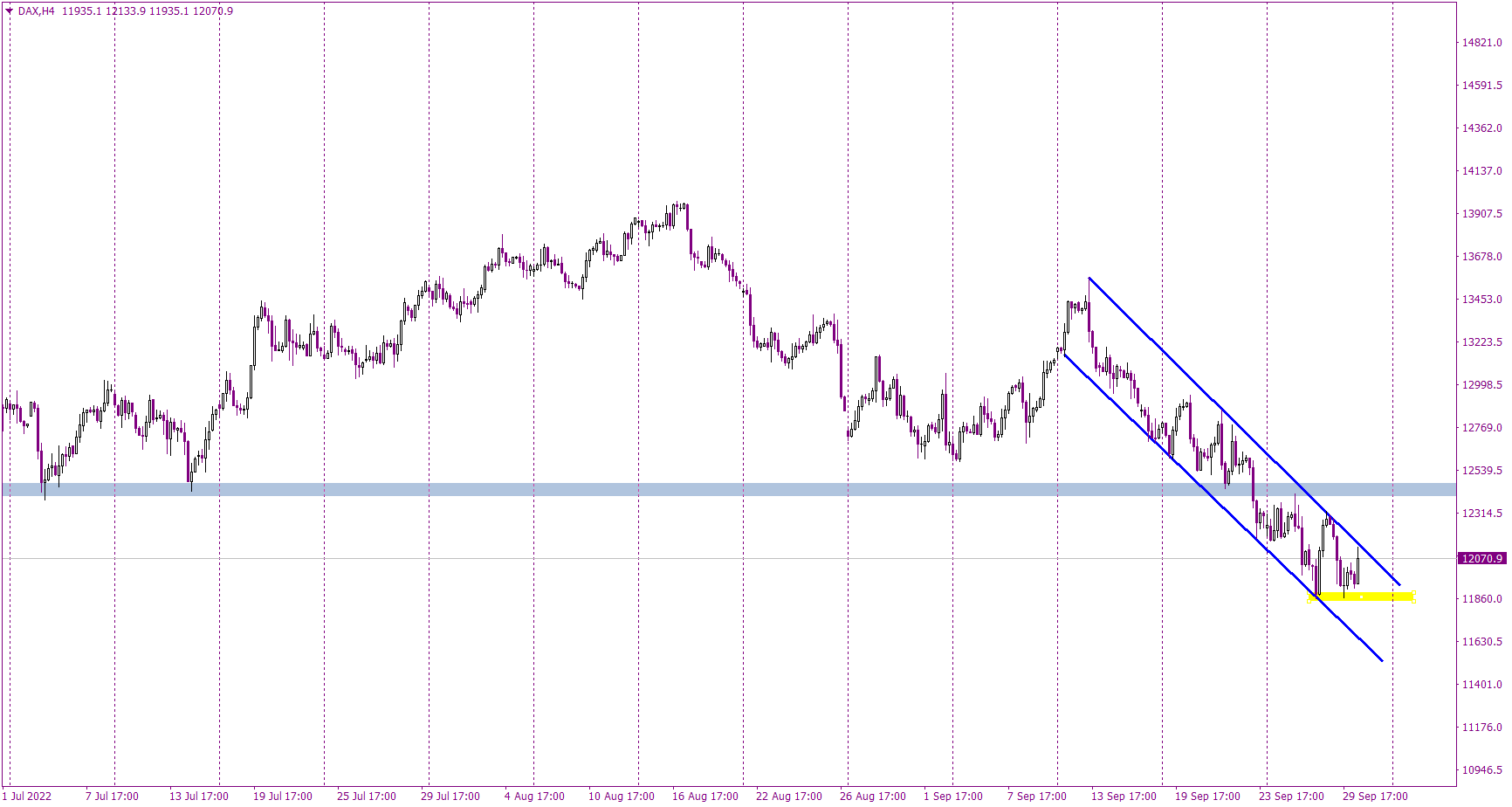 As long as DAX remains in the channel down pattern, dominant sentiment is of course still negative. The price bouncing off the resistance can be a very promising sell signal in line with the long-term trend. That’s the case here, one can either trade the bounce of the upper line of the channel down formation (sell) or the breakout (buy).

I guess Friday won’t bring us a solution here and we will have to wait for the first days of October. Nevertheless, it’s worth adding DAX to your watchlist.

Remember that the breakout of the channel down pattern will just be step one. Around 12450 points, we have a long-term key horizontal resistance, which has a potential to stop any rise. Its breakout would be really significant for the long-term situation on DAX but chances for that now are rather limited.

Trading FX/CFDs on margin bears a high level of risk, and may not be suitable for all investors. Before deciding to trade FX/CFDs you should carefully consider your investment objectives, level of experience, and risk appetite. You can sustain significant loss.

EUR/USD climbs above 1.0500 as US Dollar weakens

EUR/USD preserves its bullish momentum and trades above 1.0500 in the early American session on Wednesday. After the data from the US showed that Unit Labor Costs rose at a slower pace than expected in Q3, the US Dollar came under renewed selling pressure.

GBP/USD continues to push higher toward 1.2200 in the second half of the day on Wednesday. The renewed US Dollar weakness on weaker-than-expected Unit Labor Costs reading for the third quarter fuels the pair's daily advance.

Following a consolidation phase at around $1,770 during the European trading hours, Gold price gained traction and rose toward $1,780. The 10-year US Treasury bond yield is down nearly 1% on the day and testing 3.5%, helping XAU/USD gather bullish momentum.