Prices of the WTI extended its ascent on Wednesday and surpassed the key $50.00 mark per barrel for the first time since February. The move was amidst rising open interest, which is supportive of extra gains in the very near-term. That said, the February’s top at $54.45 emerges as the next hurdle of note. 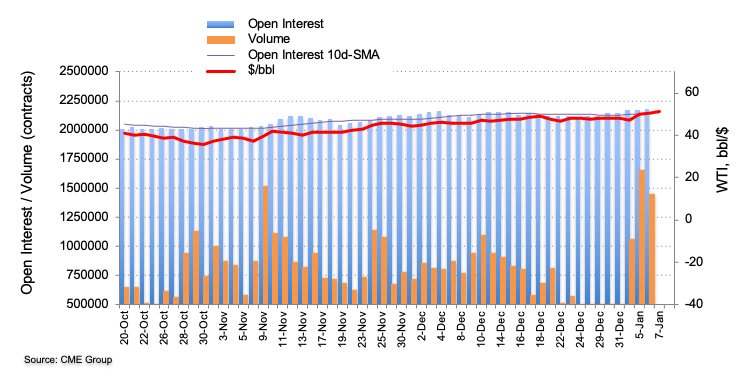