Apple day is today, September 14, with the company widely expected to launch the new iPhone and Apple Watch. Nothing too dramatic is expected in terms of features or design this time around, so can the day provide the pop that the share price is craving?

The share price did recover slightly on Monday from a pretty harrowing few days last week. News of court-case decisions with Epic and other potential investigations have not sat well with investors who have taken advantage of the sky-high record prices to cut some exposure. Most analysts are not too concerned by the Epic Games ruling but caution is the current watchword among investors who always shy away from uncertainty. Epic Games CEO has reportedly tweeted that Epic has paid Apple $6 million as ordered by the court.

This event may serve to bolster sentiment, though, as Apple events are always impressive, with the headline event rumored to be the new iPhone 13. Apple has a history of launching new products in September. A tweet from a Bloomberg report said that Apple will announce some aggressive iPhone carrier deals at the event on Tuesday. A new Apple Watch is also slated to be released along with a new iPad mini.

The stock price has fallen from record highs above $155 and retraced to break both short-term moving averages, the 9 and 21-day. Monday's price action was pretty limited, with Apple stock staying in a tight $149-to-$150 range. At least Tuesday's event will likely lead to some escalation in volatility, as it takes place during market hours. The event is scheduled to kick off at 17 GMT.

The move on Friday is what has really ruined that chart for bulls, with a bearish engulfing candle and a retracement through the short-term moving averages. The momentum oscillators have also turned sharply lower and even the Moving Average Convergence Divergence (MACD) has crossed into bearish territory. Just a bit below current levels would be a buy-the-dip zone in our view, but use stops as it is not a strong support. The $146 mark is a good dip-buy price zone, with a stop at $144. 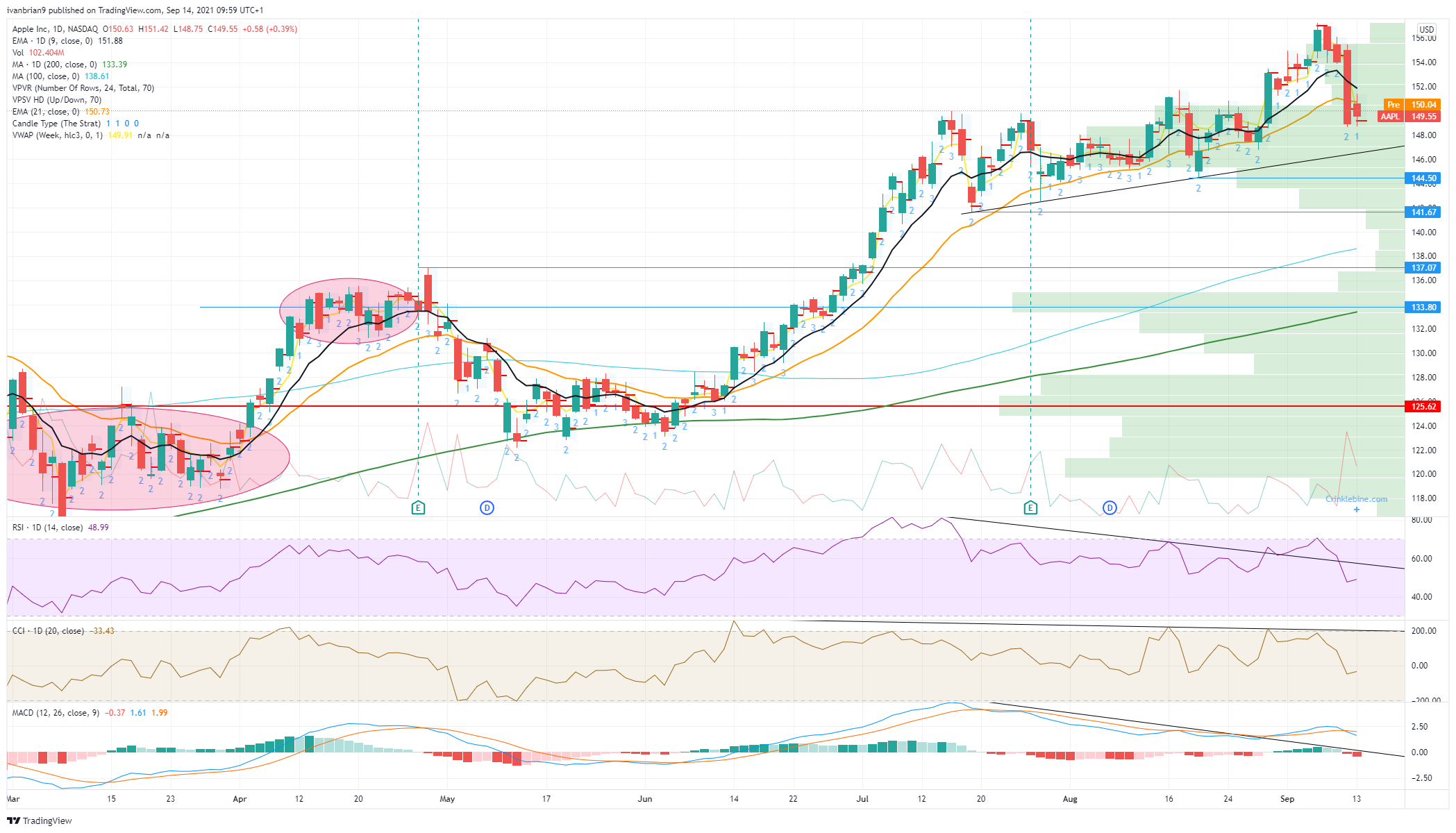