Update 2: Just copy paste below really as AAPL remains virtually unchanged throughout the session but importantly consolidating the hard work of the last few sessions. The main thing from today is the continuation candle and all that was needed was for Apple shares not to go near yesterdays low. Mission duly accomploshied.

Update: Steady she goes is the name of the game for Apple stock on Wednesday as the shares trade barely unchanged. However, the opening hour has already set up a continuation pattern with the daily candle already trading above yesterday's high. The triangle breakout remains in place and the next resistance at $135.51 targetted.

AAPL shares are continuing to push higher as FAANG names and the Nasdaq lead the equity markets higher. Apple shares have struggled for momentum since releasing results in late April as the Nasdaq, in particular, suffered for most of May. Finally some buyers may be returning to AAPL stock as other big tech names break new highs, such as Facebook (FB), while Amazon (AMZN) sits just under its own record high, also set in late April.

Apple shares traded up to $137 immediately after that earnings release in late April. Those results were pretty stellar coming in 40% higher than the average Wall Street analyst forecast. Apple also upped its buyback program as well as increasing its dividend. However, as mentioned, May was a tricky month for the Nasdaq, and Apple suffered as the month wore on, slipping to $122. June has been kinder to AAPL stock with the shares finally seeing some bid action and pushing steadily back to test key resistance levels, the next test coming at $137.

The longer term weekly chart shows a nice triangle formation, which AAPL has just taken out. A strongly bullish move that sets up a push to new record highs. The first target is the triangle entry from said record high at $145.08. The ultimate target of a triangle breakout is the entry of the triangle, in this case just under $30, which gives an upside target of $162 from the breakout point. 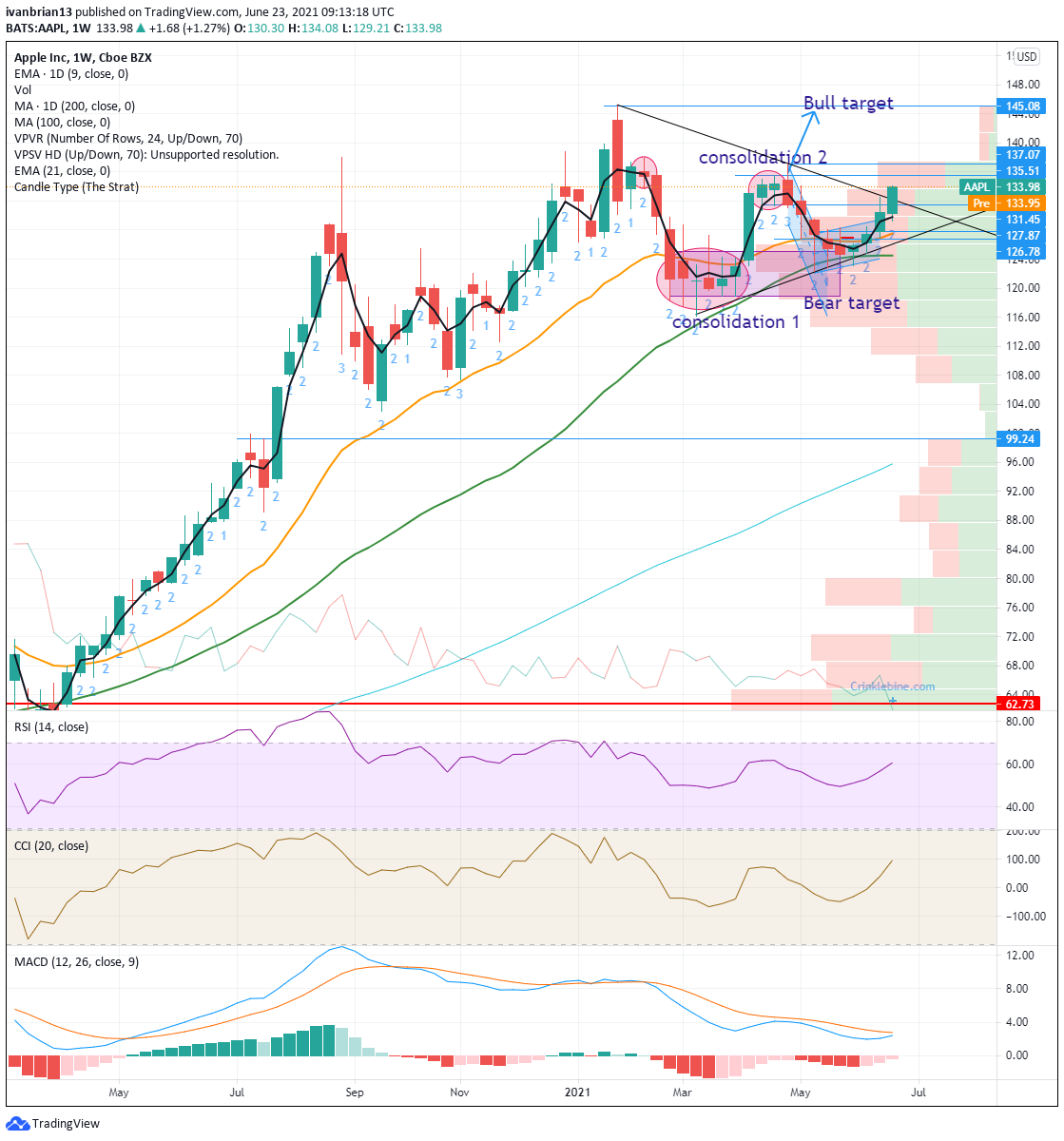 The daily chart below gives a bit more detail and shows some interesting volume profile levels. Above $135 and in particular above $137 volume dries up enormously. Volume is a price buffer and acts to stabilize price. A lack of volume usually results in accelerated price moves as the instrument moves to find the next area of stabilization. Clearly then we can see how strong support was found at $122 with a lot of volume and the 200-day moving average. This helped stabilize the post-earnings slide and set up this current move higher. Breaking $137 should help accelerate the move and with autumn brging new product releases things could dovetail nicely between fundamental and technical catalysts. 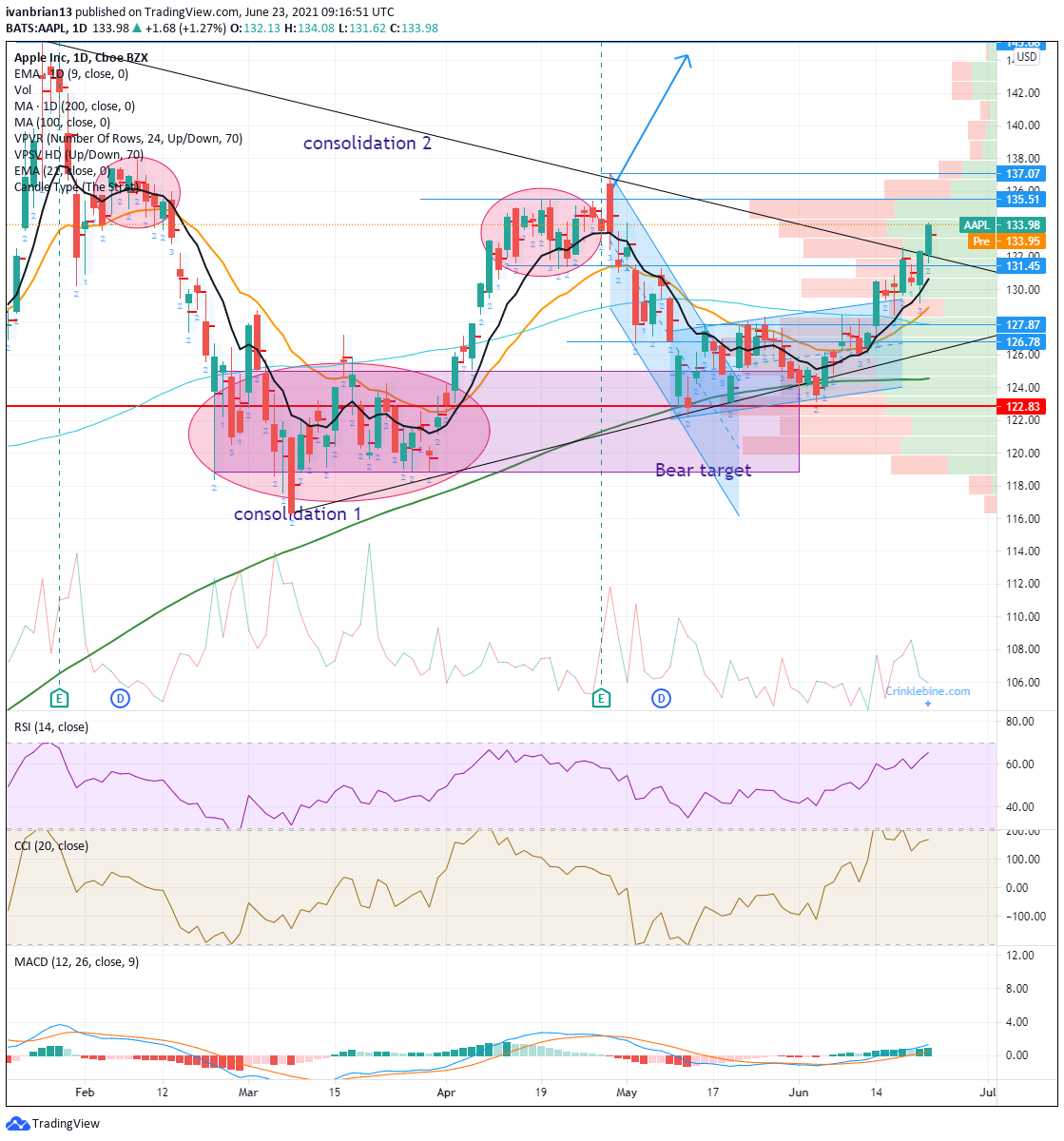