Alibaba (BABA) stock may be starting to pique some trader interest again after rallying sharply from the lows in early October, so only a couple of weeks ago then. The stock was suffering multiple headwinds with the Chinese regulatory tech crackdown and worries over Evergrande contagion putting Chinese equities, and especially Chinese tech equities, firmly on the back foot. Alibaba (BABA) can be said to have started all this increased regulatory attention from the Chinese authorities. The spin-off and IPO of its ANT Group subsidiary were put on hold late last year. BABA shares have been falling ever since. Jack Ma, the Alibaba CEO, had stepped back from the limelight, but only this week reports surfaced of him being in Hong Kong for meetings with business associates.

The Wall Street Journal reported on Monday that Chinese President Xi Jinping is looking closely at ties between Chinese state banks and large private companies. On the flip side was news of Charlie Munger (Warren Buffet's right-hand man) having majorly increased his firm's holding in BABA in the last quarter. Chinese names had last week caught some bids as a fine for Meituan had been smaller than many had feared and removed some uncertainty from the stock.

We still wait for $170 to be broken. This was our call from last week to confirm the recent potentially bullish move. All the other factors are aligning to make us turn bullish with the Moving Average Convergence Divergence (MACD) crossing into a bullish signal and the Relative Strength Index (RSI) moving nicely above 50. We set our line in the sand at $160. Below here we go back to being bearish. Right now we are neutral, but breaking $170 turns us bullish on BABA stock. $175 to $190 is a volume vacuum, meaning price could accelerate through this zone. 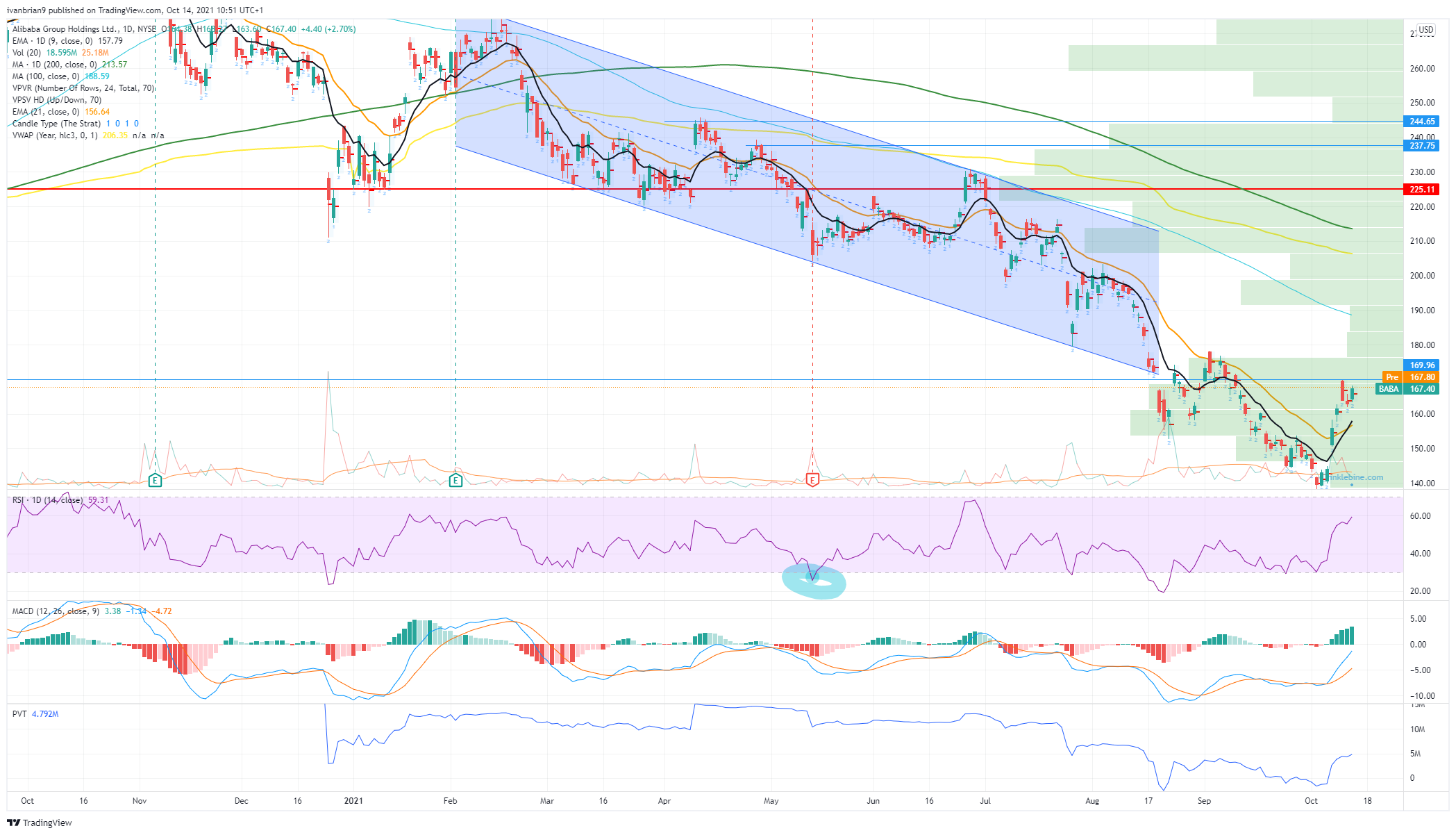