XRP price has been on a steady downtrend with lower lows and lower highs depicted by a declining trend line. However, this correction could be a blessing in disguise as it is likely to provide a buying opportunity, allowing investors to position themselves for a quick gain.

XRP price prepares for a launch

XRP price has been stuck under a declining trend line for nearly three weeks and shows no signs of recovery in the near future. While this development might be bearish in the short term, it could be an opportunity for sidelined buyers due to the proximity to a stable support level.

A continuation of this trend will push XRP price to retest the twelve-hour demand zone, extending from $0.56 to $0.63. Interested buyers could look to accumulate Ripple at a discounted price.

A resurgence of buyers here will likely propel XRP price to slice through the declining trend line and make its way to the $0.85 resistance barrier. This move would constitute a 35% ascent, and the XRP price is more than likely to sweep above it to collect the liquidity. 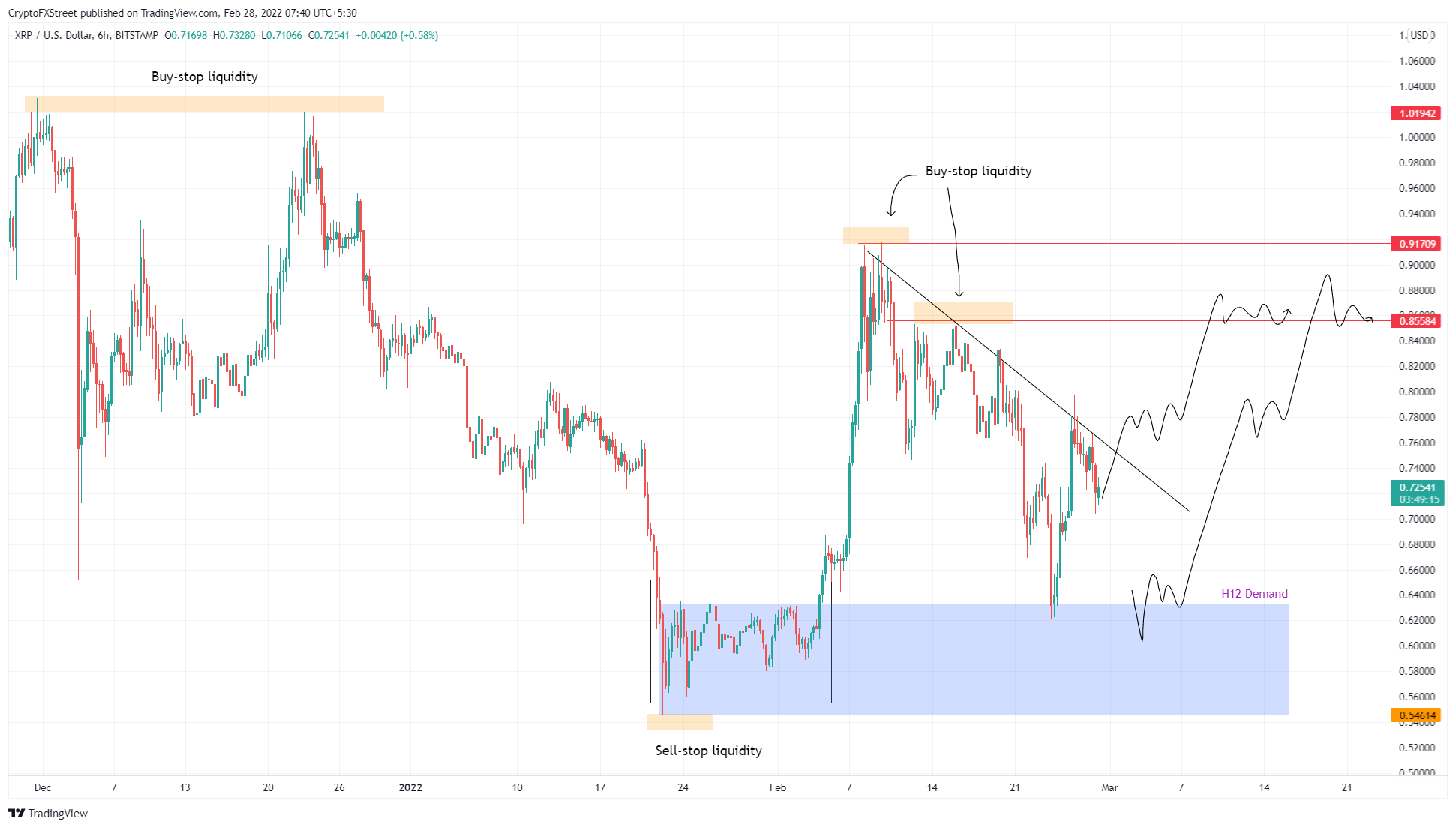 Supporting this outlook for XRP price is the recent downtick in the number of daily active addresses interacting with the Ripple blockchain from 163,650 to 92,228 since January 27. This 43% decline indicates that investors are not interested in XRP at the current price levels.

While the above on-chain metric suggests that XRP price could dive lower, the 365-day Market Value to Realized Value (MVRV) model indicates that an upswing is around the corner.

This on-chain metric is used to determine the average profit/loss of investors that purchased XRP over the past year. Currently, MVRV is hovering around -14.5%, indicating that the short-term holders are selling at a loss. This serves as an opportunity for long-term investors to accumulate.

While things are looking up for XRP price in the near future, a six-hour candlestick close below $0.56 will invalidate the bullish thesis. In this scenario, the remittance token could explore lower for a stable support level.