Xrp price could become a favorable chart for intraday trading. Here's the scenario to be aware of.

XRP price has been on a steep decline as the bears are wiping out liquidity levels dating back to February 2021. Analyzing the technicals, the bears are picking up steam as a large bearish engulfing candlestick has been printed on the 2-day chart. Elliott Wave theory suggests this move is just halfway from the intended target. The following bearish targets lie around $0.30 and 0.28 cents.

XRP price could sweep the current monthly lows at $0.33 in the days to come. However. The technicals also indicate a need for a retracement back into the 4th wave of a previous degree to complete this extending impulse pattern. Thus a profitable buy opportunity could present itself in the coming days for swing traders. A deep and time-consuming wave 4 (relative to wave the wave two correction) is a probable scenario for the XRP price. Traders could look for an impulsive rally into the $0.50 levels. 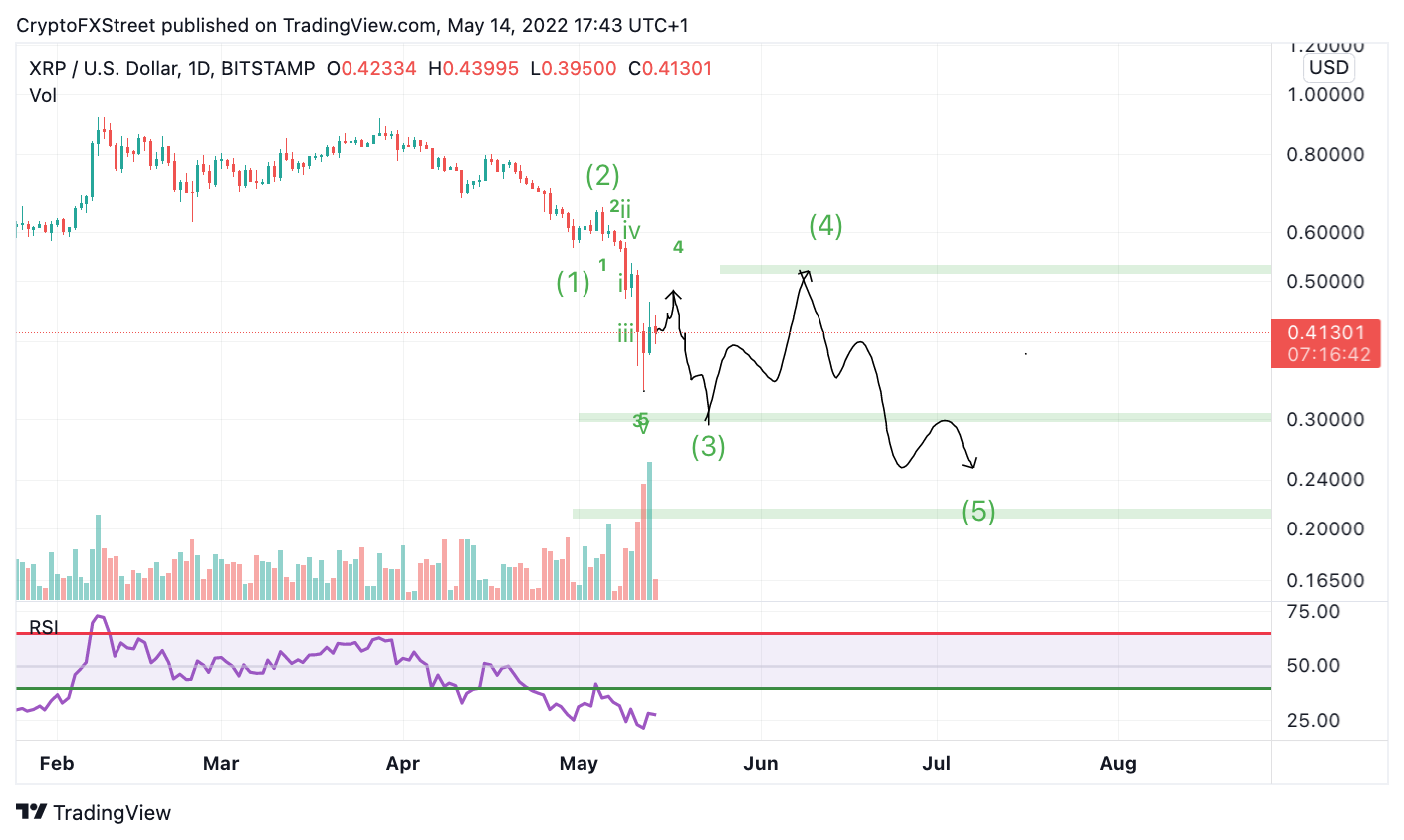 If the technicals in this chart are correct, The future countertrend rally is set to be a deep wave four retracement into $0.50, but it should not exceed the $0.58 level. If the $0.58 level is breached, the entire downtrend could be terminated. The bulls could then re-route towards $1.16, resulting in a 100% increase from the current XRP price.