XRP price showed signs of a move lower on February 20, but bears failed to follow through and revealed an ongoing consolidation. On close inspection, Ripple price seems to be coiling up, a price action similar to what occurred between January 22 and February 3. Going forward, investors can expect the remittance token to see an explosive move.

XRP price rallied 55% after coiling up between January 22 and February 3. This explosive move set up multiple swing highs at $0.915 and has since retraced to the $0.746 support level, kick-starting its second consolidation phase.

Therefore, investors need to watch the altcoin carefully as it is likely to result in another breakout. The critical levels to keep an eye on include - $0.855, $0.917 and $1.02 since they have uncollected buy-stop liquidity resting above them. 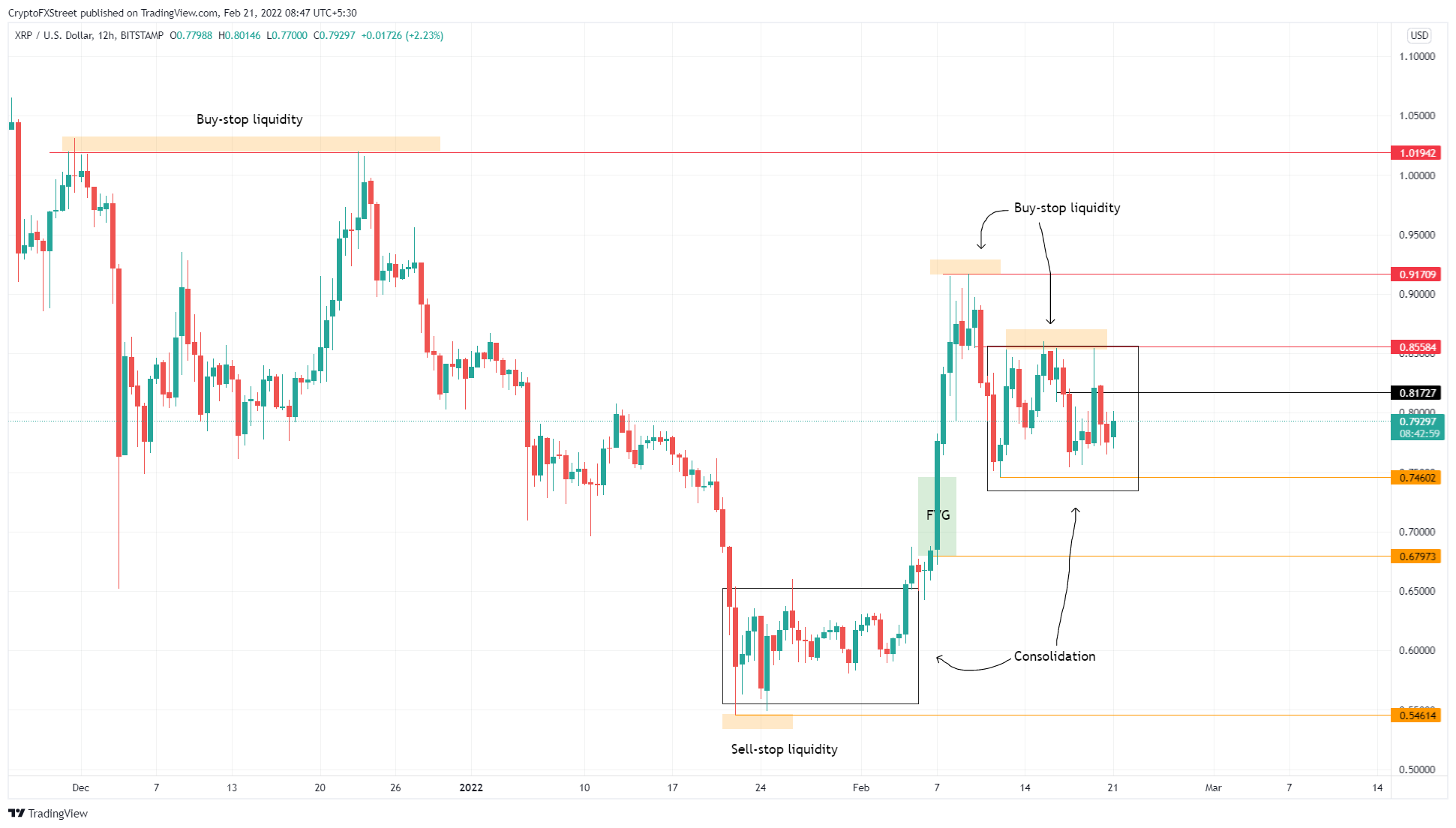 Moreover, the 365-day Market Value to Realized Value (MVRV) at roughly -14% supports the possibility of a bullish move. This on-chain metric is used to determine the average profit/loss of investors that purchased LTC over the past year.

A negative value indicates that the holders that purchased XRP over the past year are underwater, making them less likely to sell if the price rises. Long-term holders also tend to accumulate assets around these areas, suggesting that a breakout from consolidation will likely result in significant gains.