Ripple (XRP) price is still on the back foot, but bullish signals emerge left and right. The best proof that bulls are still present in the buying volume is that the green ascending trend line holds for a second week in a row, together with the monthly S1 support level for December at $0.80. Expect bulls to charge into next week, ramping price action up to and running the stops from shorters around $1.00.

Although the pennant is still active, it can still provide 40% returns

XRP price has been having issues with containing losses during the December sell-off. With the falling knife event of Bitcoin, XRP price tanked over 44% in just one morning, breaking the green ascending trend line towards the monthly S2 support level at $0.60. With that said, for now, the uptrend is still holding as bears are breaking their teeth on that same green trend line that is making a bear trap for the second week in a row.

Next week, expect some bullish sentiment to return as bears will be rewashed out of their short positions. The key factor to see will be a return to the 200-day Simple Moving Average (SMA) at $0.95, with a possible nudge higher towards the 55-day SMA at $1.05. Any further upside looks limited for now, as the intersection with the second green and red trend line is in the way, certainly with current tailwinds. But around $1.10, XRP would still hold 40% gains. 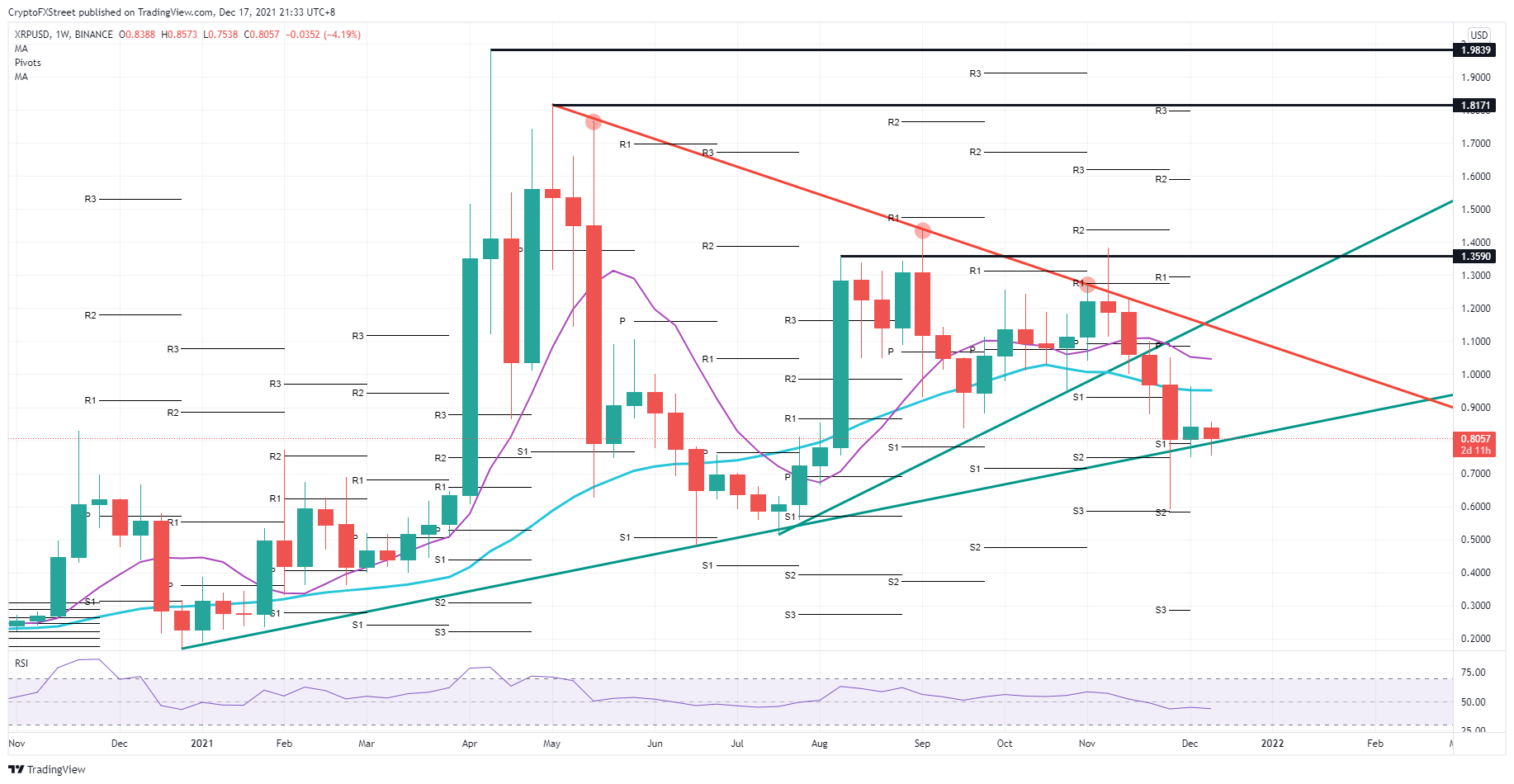 Should sentiment over the weekend not be more bullish as headwinds from global markets take a step back, expect the price to break below the initial green ascending trend line and might break lower in case another sell-off would occur. A double bottom would then be formed with the S2 monthly support level again at $0.59 that would hold as support next week.