Stellar (XLM) price has been stuck in a downward trajectory for most of November. It has only been since November 27 that bulls have advertised their presence by posting higher lows. Now a pennant has formed, and as it unravels expect a bullish breakout that could see a violent move, followed by an acceleration higher between $0.41 and $0.46.

XLM has bulls gearing up for the rally

XLM price has not been able to provide any solid numbers for November. After hitting a cap at $0.44, on November 11, price has been on the back foot ever since.It is only since November 26 that bulls seem to have reemerged with a blue ascending trend line where lows are getting progressively higher.

The late entry of the bulls in XLM price action makes sense, as bears were grinding down the price action very slowly, which resulted in a very slow drip in the Relative Strength Index, keeping the incentive alive for bears that there was still more downside to come. In recent moves, however, the RSI started to bottom,  offering more limited gains for bears wishing to short Stellar price. With bears starting to doubt if XLM will ever correct towards $0.25 or $0.25, for that matter, bulls have a chance to strike quickly and squeeze bears out of their positions. 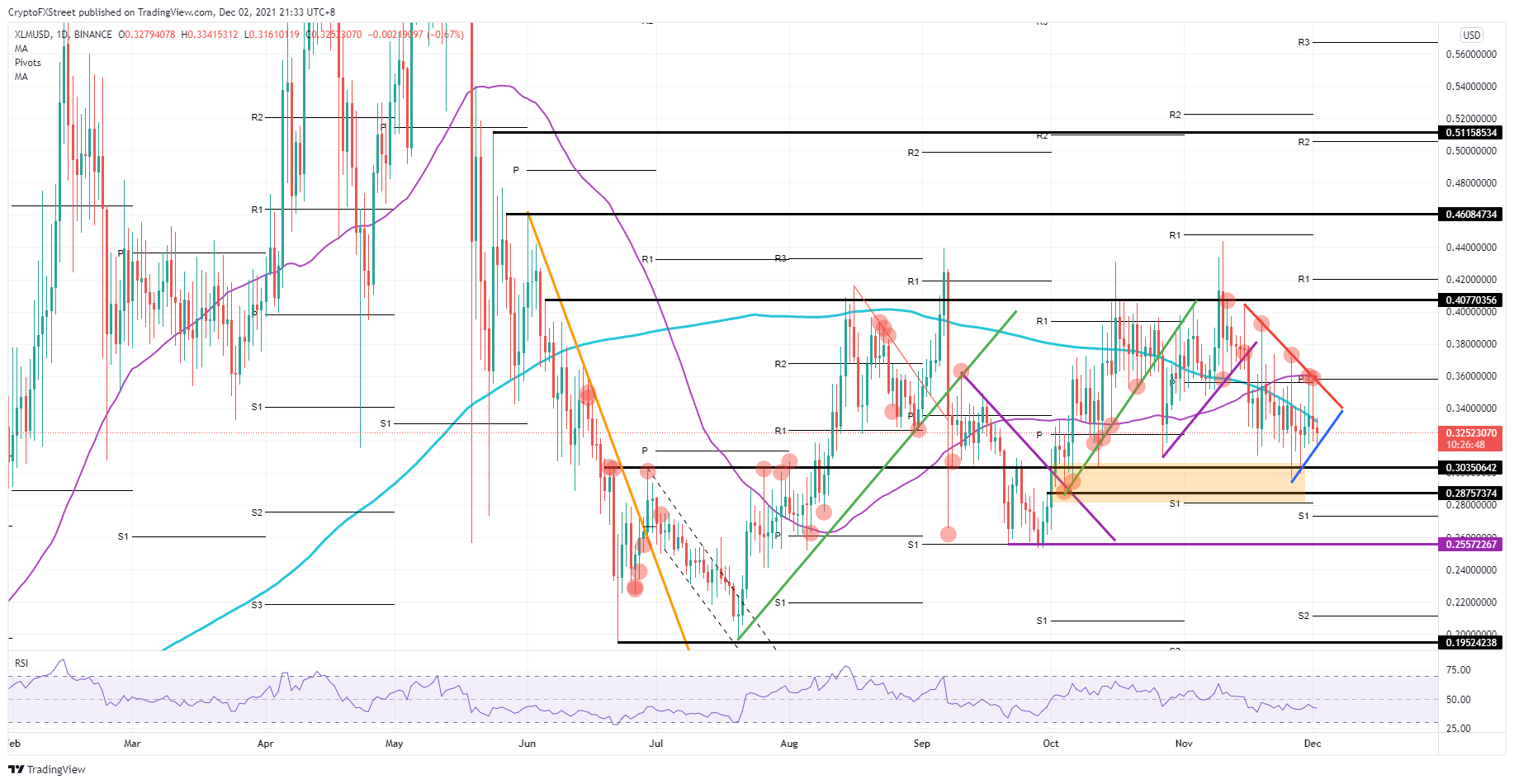 A self-fulfilling prophecy is in the making then, as bears will want to close their positions and book profits, increasing demand for XLM. This will likely lead to an explosion in buy-side volume and see price run up rapidly, taking out the monthly pivot at $0.36 and the historical resistance at $0.40. The next level to watch will be $0.46, which may be where bulls first pause, otherwise, the RSI would be at risk of swinging towards overbought too rapidly.

The only element that could disturb the strategy currently unfolding, is if more headwinds arise from concerns surrounding covid variants. XLM would then see its pennant breaking to the downside and testing $0.28, possibly even with an attempt towards $0.26, which was held successfully at the beginning of October. Should that break, however, expect bulls to step in and defend $0.20, a key psychological level at the June as well as the July lows.