VeChain price declined 85% from the May 17 high at $0.282 to today’s intra-day low of $0.042, erasing the gains from the beginning of February. It was a radical conclusion that leaves VET in a state of uncertainty for the days and weeks ahead.

VeChain price decline below the ascending channel on May 12 introduced a new vulnerability for VET to the oscillations of the cryptocurrency complex. For a few days, the digital token struck support at the intersection of the 50-day simple moving average (SMA) and the Ichimoku Cloud around $0.171. Still, the magnitude of today’s selling pressure shredded the support and VeChain price plummeted down near the 78.6% retracement of the 2021 rally at $0.039.

Some have directed the blame towards the sharply-worded statement by Chinese regulators regarding cryptocurrencies, but the historic decline resulted from an existing bearish pattern for VeChain price. Today represented the C leg of a simple ABC corrective pattern first highlighted in a May 13 FXStreet article. Of course, today’s decline exceeded the conservative measured move target of $0.12 for the pattern. Nevertheless, VET investors could have avoided the destruction of today.

A cryptocurrency that has declined 85% from the high will not quickly recover in the short term. The near-term resistance against the continuation of the VeChain price rebound is the April low at $0.128 and then the lower edge of the Ichimoku Cloud at $0.164, followed by the 50-day SMA at $0.174.

Any further upside before new selling would be a surprise. A test of the all-time high will not come for many months. 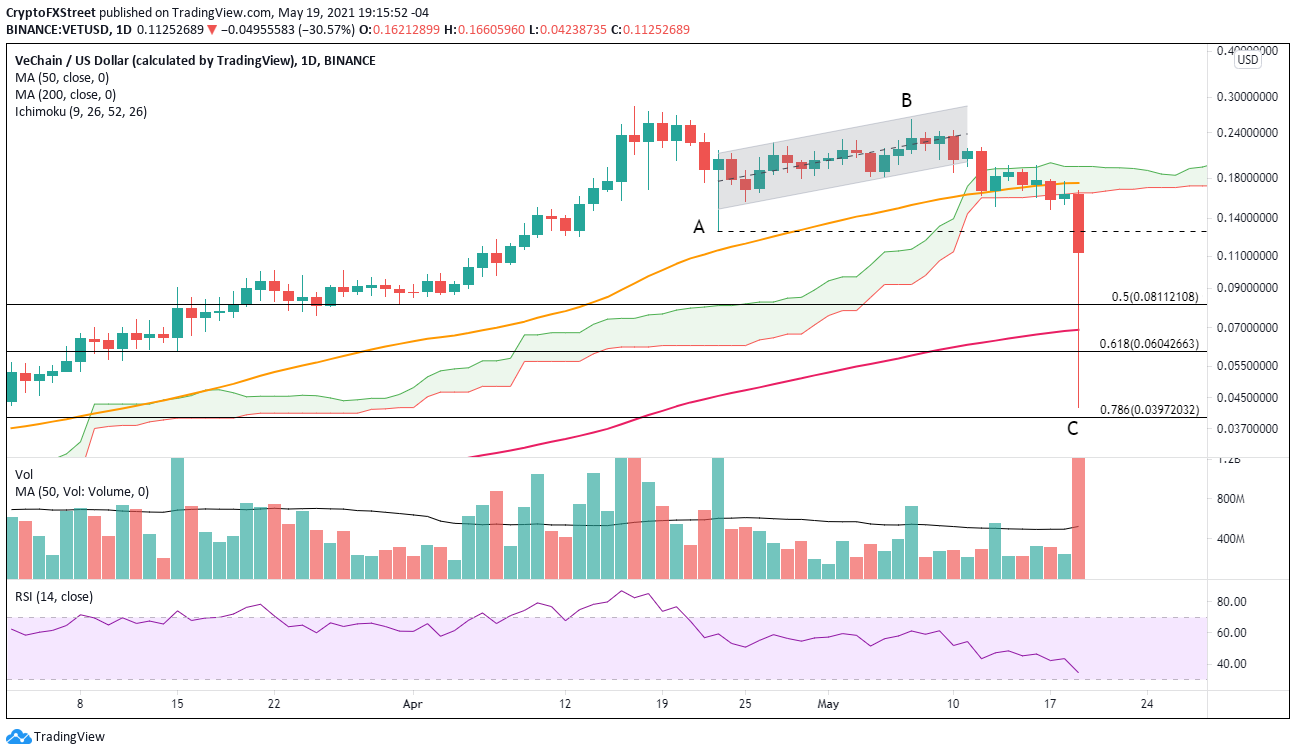 A decline of this magnitude is usually followed by selling pressures in the days following, and it will be no different for VeChain price. Unlike today, the 50% retracement of the 2021 rally at $0.081 is recognizable support for new selling pressure, but a higher probability outcome for VET will be a test of the 200-day SMA at $0.069.