VeChain price has been surging non-stop since hitting a local bottom on February 28. Now, VET could pullback before it establishes a clear direction.

VeChain price has been consolidating inside an ascending parallel channel for almost three months. The 130% bull run has hit its target at $0.0835, creating a new all-time high for VET.

Now, the altcoin shows signs of retracement before establishing a new trend. VeChain could either continue its ascent and breach past the setup or correct to an immediate demand barrier. 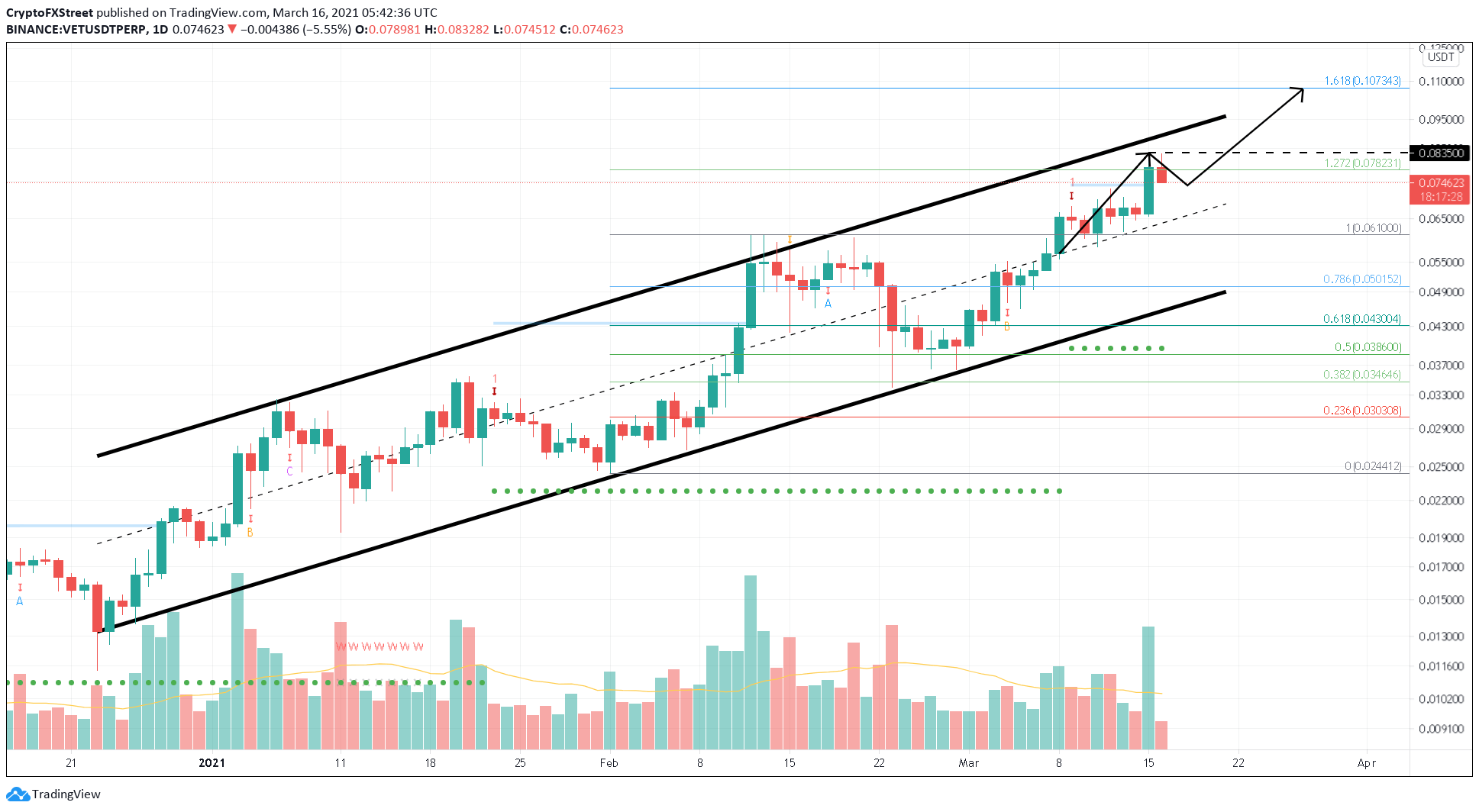 Supporting the bearish scenario is the MRI’s “preemptive top” signal in the form of a yellow down arrow on the 4-hour chart. This setup forecasts a one-to-four candlestick correction.

So, VET’s logical course of action would be a 13% pullback to the parallel channel’s middle line, which coincides with the 38.2% Fibonacci retracement level at $0.066.

In case of excessive profit booking, sellers could extend the pullback to either the 50% or the 61.8% Fibonacci retracement levels at $0.062 or $0.058, respectively. 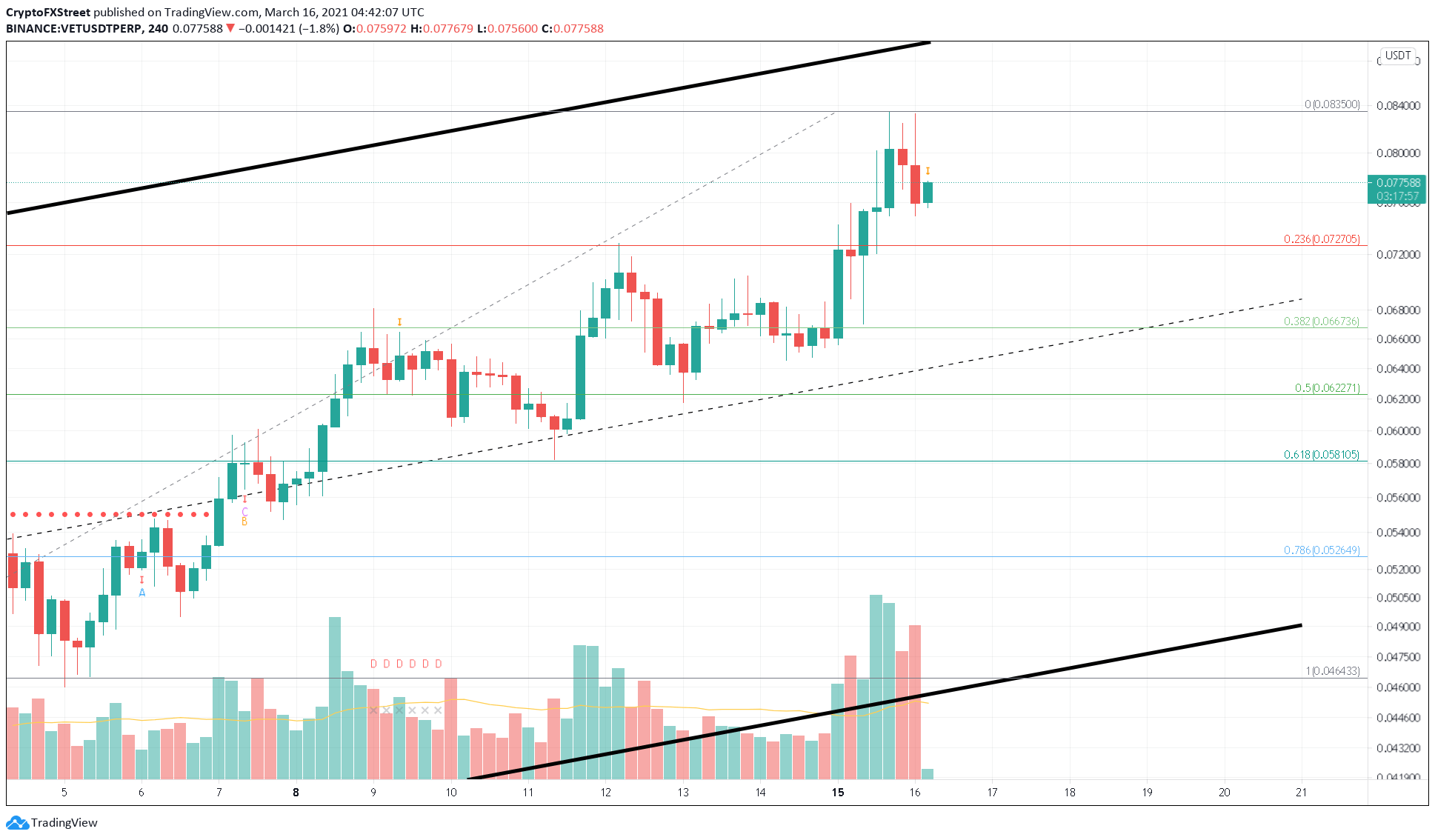 However, investors should note that VeChain price blasted through the breakout line around $0.074 on the daily chart, suggesting a massive spike in bullish momentum could follow. A daily candlestick close above this level hints at a continuation of the bull rally.

A decisive breach of the recent all-time high at $0.0835 will invalidate the bearish thesis and serve as a secondary confirmation of the optimistic scenario. In such a case, VET price could ascend another 35% to $0.10, which coincides with the 161.8% Fibonacci retracement level seen on the 1-day chart.