VeChain (VET) is back in a downward trajectory since August 16. The turn in sentiment comes after the solid rally in cryptocurrencies that caused a favorable tailwind for VET. Price action rose up toward $0.14 before falling back toward $0.11.

The turn to more negative sentiment comes just when buyers attempted to overthrow the red descending trend line, originating from April 19, and is keeping price action in check to the downside. Buyers made several attempts, but after six failed attempts sellers took over and are now running VET lower. Since August 24, price action is showing lower lows and lower highs, making it a bearish trend.

Not all bad news, as with this correction comes opportunity for buyers. A Fibonacci retracement shows how well price action has behaved itself at $0.10. Looking back at May, this level often acted as support and was tested several times throughout, before really breaking in June.

Add to that the black line at $0.097. This pattern is of high importance in the short term. On August 6 buyers were not able to take this level out, but the next day price action clearly shot above it, only to return to test the level on August 9. After that, the rally kicked a gear higher, making this level a big entry point for buyers that are still in their trades. 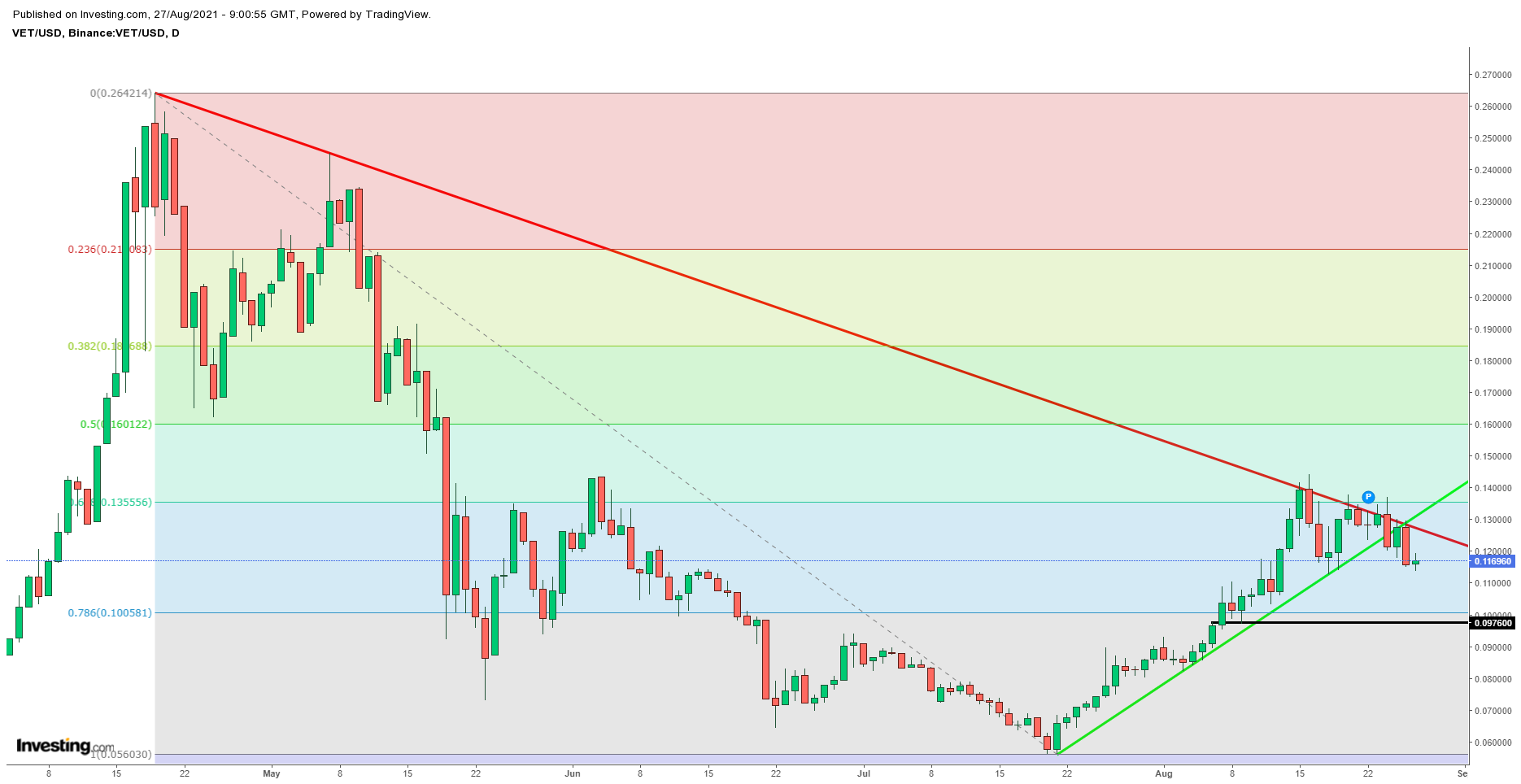 Expect the correction first before buyers will step in again. The Fibonacci level at $0.10, together with that buying pattern at $0.097 and the psychological importance of $0.10, make this level an excellent opportunity to step in.

Should sentiment shift back to more positive levels, expect buyers to flock in quickly and try for another push to overthrow the roam of that red descending trend line. As this red trend line has shown its importance, expect that this red line will act as support and again an excellent opportunity for another long position in VET.