VeChain is currently trading at $0.0132, and it’s still up by more than 700% since the crash of March 12. Looking at the IOMAP chart, it’s abundantly clear that VeChain price has a clear path well until $0.017.

At the same time, support also seems to be quite slim, so we will need to look at other indicators to see if VET can climb towards $0.017.

VET price formed a symmetrical triangle on the daily chart, although quite close to a parallel channel. Either way, bulls have defended the lower trendline for a week straight. The upper trendline served as a strong resistance line right after the peak at $0.022 on August 9.

The upper line is currently at around $0.0154, which will be a strong resistance level from a technical standpoint. The RSI did go below 30, and VET is now bouncing just like it did on March 12 after the RSI touched 18. If history repeats, VeChain is poised to have another significant rally from this point onwards. 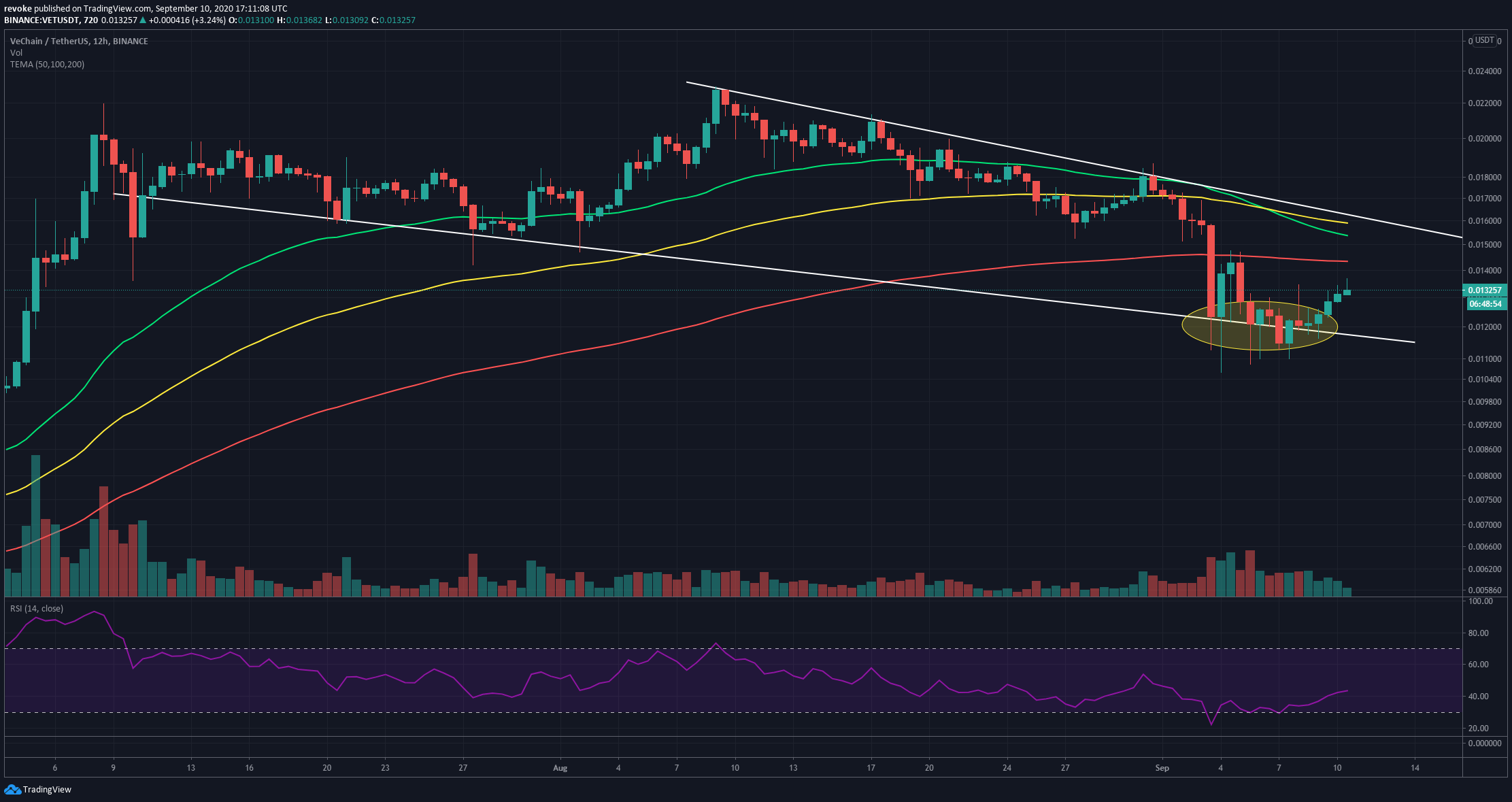 This chart is the most important in the short-term. Bulls helped VET price establish an uptrend with a higher low and a higher high. The last higher high, however, was dangerously close to the last high at $0.0134 and could be considered a double top if bulls can’t get any followthrough, which means that the next couple of hours are going to be critical to establishing a clear direction for VeChain.