The immense volatility and rapid price actions seen in the cryptocurrency market adds credence to the bullish thesis. 40-years trading veteran Peter Brandt expects Bitcoin to continue advancing as a new bull market has officially begun, but a retracement must first occur.

Bitcoin price is set to face a steep correction

It has been a wild week in the cryptocurrency industry as Bitcoin made a new all-time high of $19,956 on December 1st.

Given the importance of such a milestone, it seems like some investors took advantage of the bullish price action to realize profits. The spike in selling pressure saw BTC plummet by nearly 10% to hit a low of $18,050.

While prices have been able to regain the $19,000 level as support in the past few hours, one of the most prominent analysts in the industry maintains that there is more room to go down.

The founder and CEO of Factor LLC, Peter Brandt, maintains that Bitcoin is poised to see further losses before it regains the bullish momentum seen over the past few months. Based on historical data, the chartist affirms that the pioneer cryptocurrency saw a total of nine corrections during its previous bull run.

These were 30% downswings on average, which indicates that the market is yet to incur further losses.

Brandt maintains that Bitcoin has not breached the 18-day moving average since the uptrend began in early October. As long as this support level holds, sidelined investors may use any retest to get back in the market, helping push prices even further. 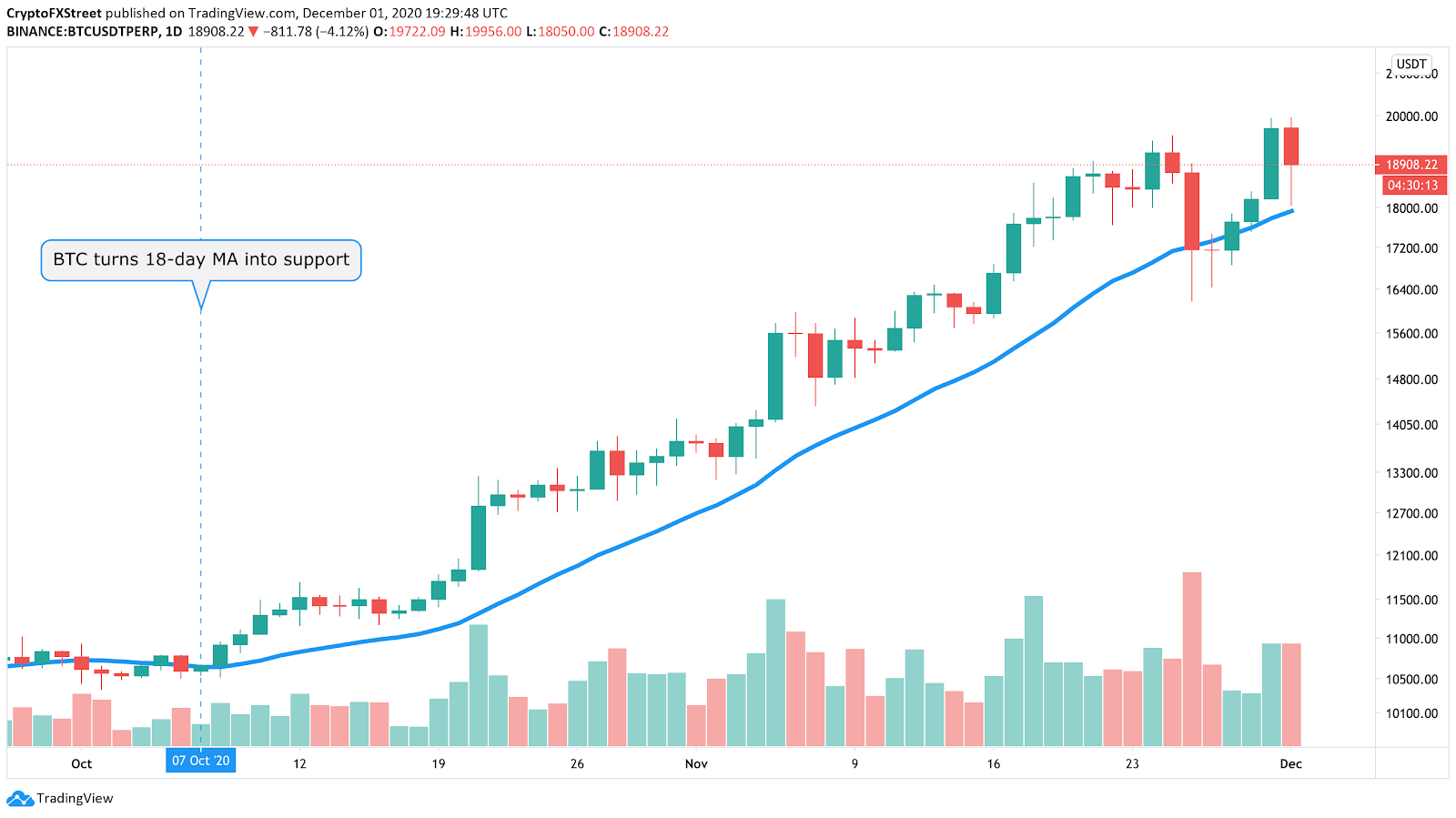 But if this hurdle breaks, the trading veteran believes that a 30% retracement may occur as it did during the 2015-2017 bull market.

The author of the Diary of a Professional Commodity Trader advises traders to take a note of caution as the Bitcoin approaches a period of high volatility. During such times, a lot of false signals are given by the market to generate panic, but BTC remains bullish in the long-term.

Indeed, Brandt believes that the pioneer cryptocurrency is heading towards new all-time highs since buying pressure is skyrocketing. He anticipates the recurrence of a parabolic advance akin to what happened in 2012 and 2017. 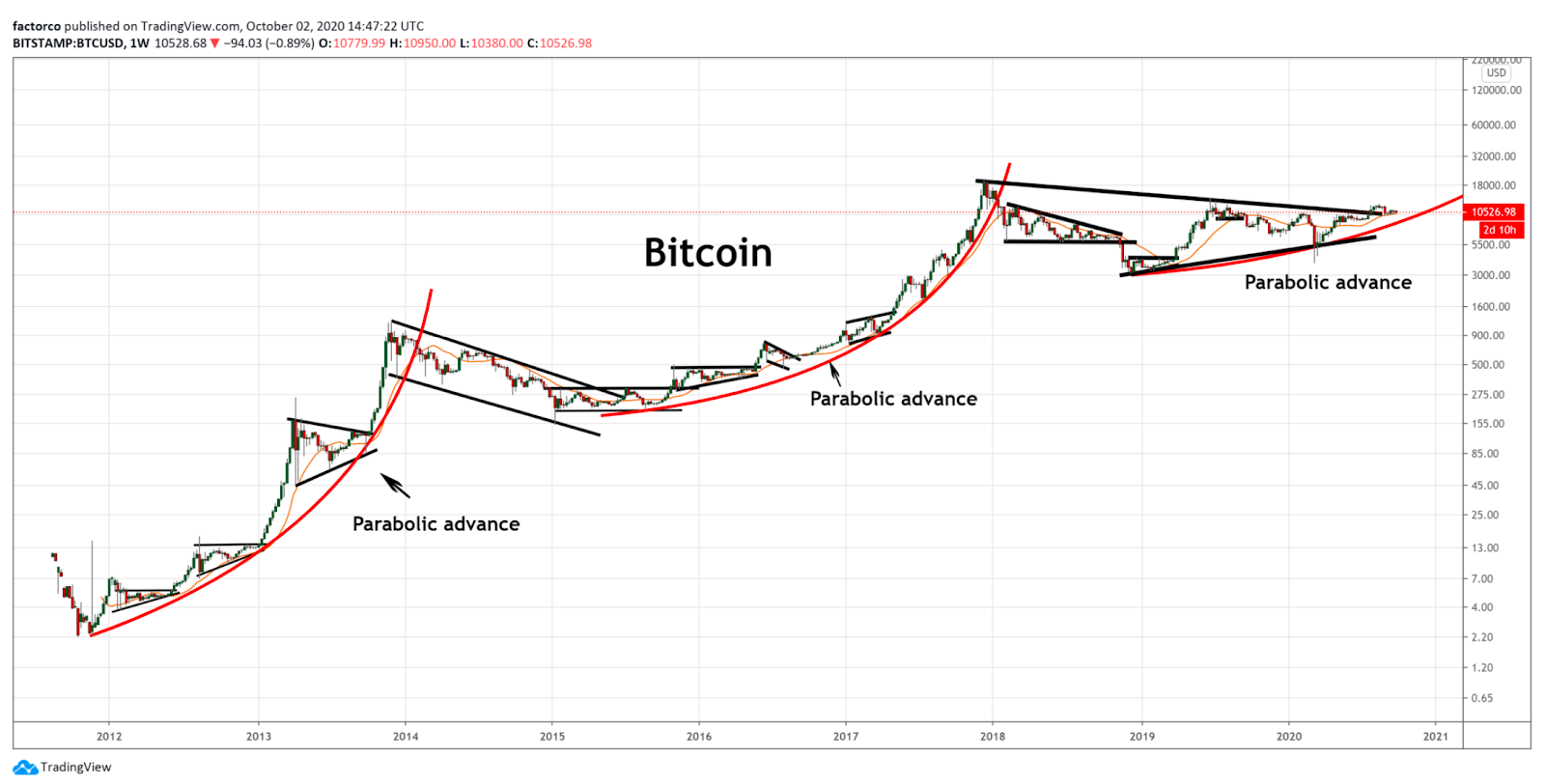 A break out from the head-and-shoulder formation seen in October should bring Bitcoin price as high as $50,000 before it shoots to $100,000, concluded Brandt.