A necessary correction – that is the best definition of what happened on April 30, which saw a setback after cryptocurrencies went too far, too fast. Nevertheless, holding onto most gains shows that the trend remains positive. Stock traders are all too familiar with wild movements at the end of the month, as money managers adjust their portfolios.

And now, May has begun and potentially promises a resumption of the upside. The vast amounts of money sloshing around financial markets – courtesy of central banks and especially the US Federal Reserve – may push traders toward digital assets.

How are the top three cryptos positioned? Bitcoin, Ethereum, and Ripple all need to surpass technical hurdles to unleash the upside.

This is what the Crypto Confluence Detector shows in its latest update: 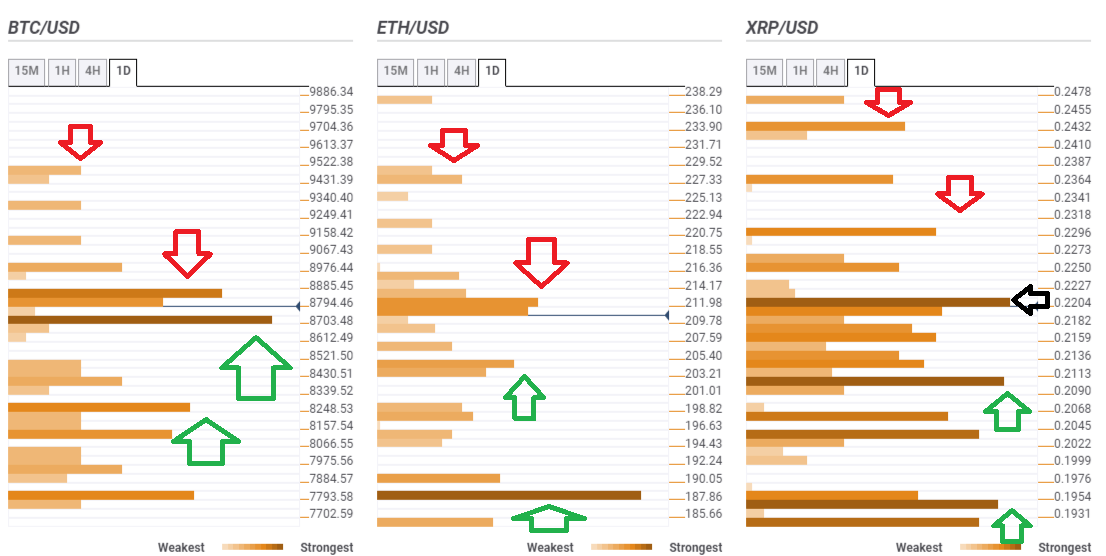 BTC/USD path of least resistance is up

The upside target is $9,480, which is the meeting point of the previous day's high and the Bollinger Band 4h-Upper.

The upside target for Vitalik Buterin's brainchild is $227, which is where the Pivot Point one-week Resistance 3 and the previous daily high hit the price.

The high target for XRP is $0.2432, which is where the Pivot Point monthly Resistance 1 meets the price.

Strong support awaits at $0.21, which is where the previous day's trough converges with the SMA 5-one-day and the Fibonacci 38.2% one-month.

The are many support lines on the way down, and the strongest one is at $0.1940, where the Bollinger Band one-day Middle and the Fibonacci 61.8% one-meet up.