The crypto market is becoming trader-friendly as the top 3 coins begin to decorrelate.

Bitcoin price continues to validate previous technical analysis outlooks issued throughout the month of July. At the current time, BTC price trades at $24,182 as the intraday traders take advantage of the profit-taking consolidation near the $24,600 level.

Specifically, the Supply on Exchanges (as a % of total supply) Indicator is consistently dropping. In fact, recent data suggests a sudden free-fall submergence. The indicator, in theory, dictates the number of active whales in the market who possess the power to influence the Bitcoin price. A fair assumption would suggest the further the indicator falls, the more bullish Bitcoin will get.

Ethereum price could decline in the short term

Ethereum price has breached the intended $1,900 target forecasted in previous outlooks. While Twitter festered in negative bearish sentiment over the Ethereum Merge and several analysts proposed bearish ideas for the smart contract giant, a warning was issued here at FXStreet not to believe in the hype. Ethereum showed strong confluence at the $1,900 level and continues to display strength that may very well land the ETH price into the $2,200 zone.

However, on-chain analysis does suggest that bears are very interested in securing profits. CryptoQuant’s Exchange Netflow Total Indicator has been ramping throughout the week. In just one day, the deposit total increased by 100%. According to CryptoQuant, “higher deposits can be interpreted as higher selling pressure.”

Ripple price could soon get the power

Ripple has witnessed a 25% rally since the July 27 sell-off. The digital remittance token has been the underperformer in comparison to its Bitcoin and Ethereum counterparts. Still, the technicals suggest a second 25% rally could occur as a bullish engulfing candle has successfully pierced and closed above a descending trend channel.

Ripple price should remain on traders’ watchlist as the remittance token could become very volatile in the coming days. A second attempt at $0.41 should be the catalyst to induce a 25% rally targeting $0.47. Invalidation of the uptrend thesis is dependent on $0.325 holding as support. 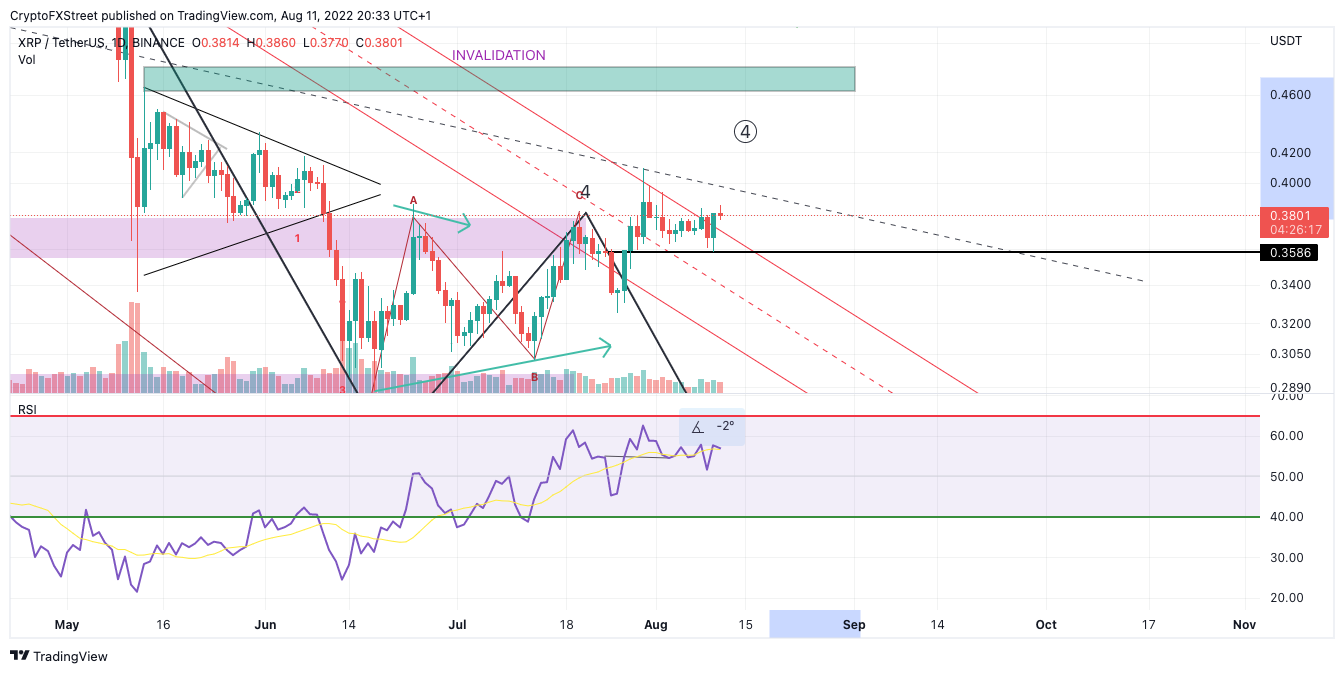 In the following video, our analysts deep dive into the price action of Ripple, analyzing key levels of interest in the market. -FXStreet Team