Ripple price is highly risky. The wave count may be extending, which means it could be challenging to forecast the final low.

Ripple price trades in territory unseen since January of 2021. On Wednesday, the bulls are treading on thin ice as they have established a primitive level of support in the $0.31 zone. Currently, the bullish retaliation is not enough to justify a countertrend scalp. Analyzing the decline from last week's trade setup, the bears have printed an anticipated impulse wave down. However, the technicals suggest the downfall may not be over as the retracements within each decline do not bestow enough bullish signals to label the downtrend over.

Ripple price trades within the vicinity of wave 4 of a previous degree. The bearish candlesticks have been progressively larger throughout each decline, which resembles wave 3 price action. A retest of $0.29 could fool traders into believing in a double bottom formation. However, said price action could actually be the catalyst to induce a wave 5 sellers frenzy into $0.25. 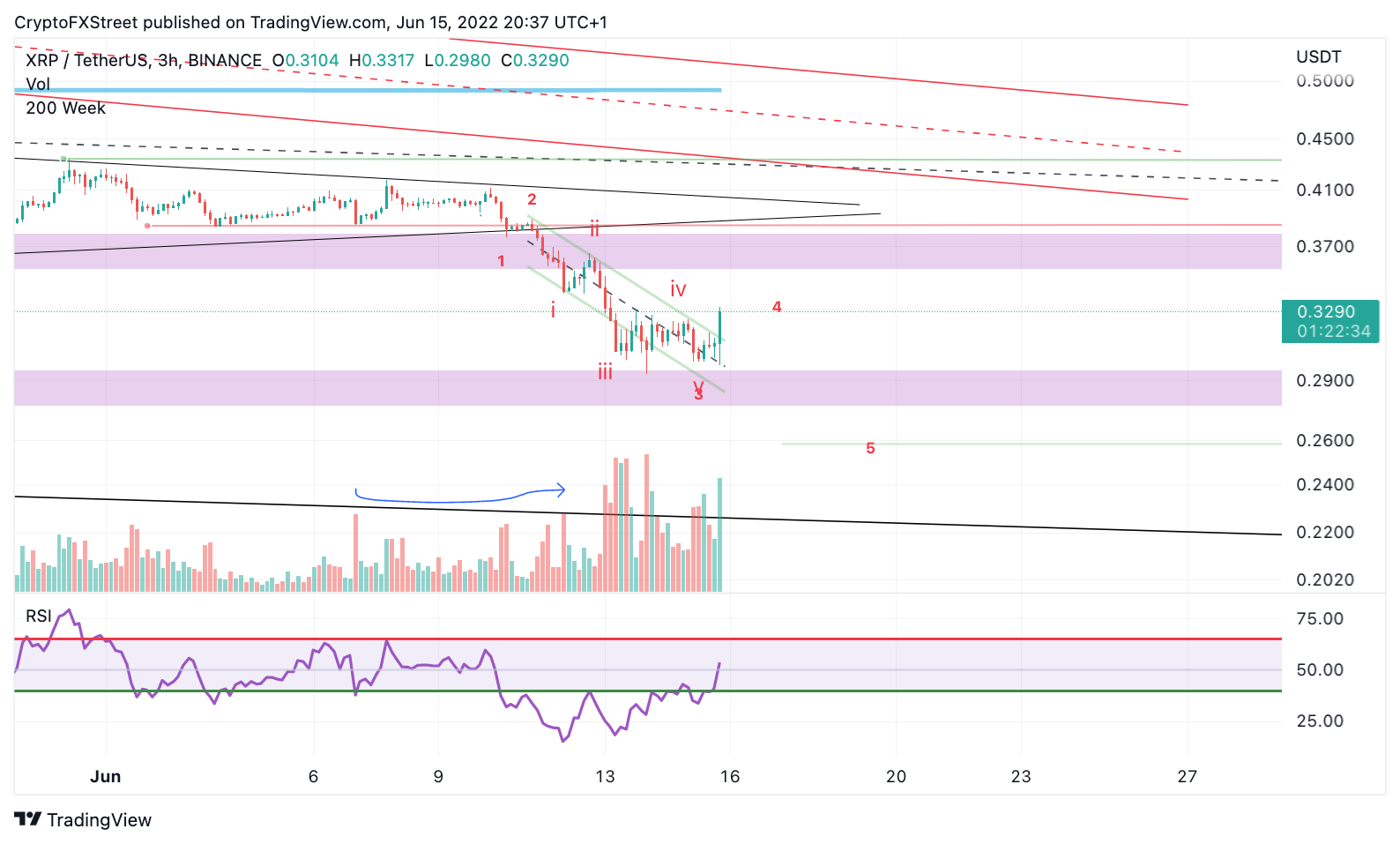 Invalidation of the bearish downtrend can be moved into profit for traders who partook in Friday's setup. If wave 1 at $0.3780 is breached, consider the downtrend over. The bulls should be able to rally as high as $0.45, resulting in a 45% increase from the current Ripple price.