Shiba Inu price dropped 20% between May 13 and 14 and established a range, extending from $0.0000114 to $0.0000143. Since its formation, SHIB has stayed true to the barriers and swept the range low on multiple occasions with the latest one on May 24. The last time SHIB coiled up and consolidated in a tight range was in September 2021, which was followed by an exponential move that shocked the entire crypto ecosystem. Therefore, the current price action also hints at the possibility of such a move to occur.

The reversal will likely propel Shiba Inu price due to the coiling up that took place over the past 11 days. As a result, the upcoming rally will allow bulls to sweep the range high at $0.0000143 for a 25% ascent. 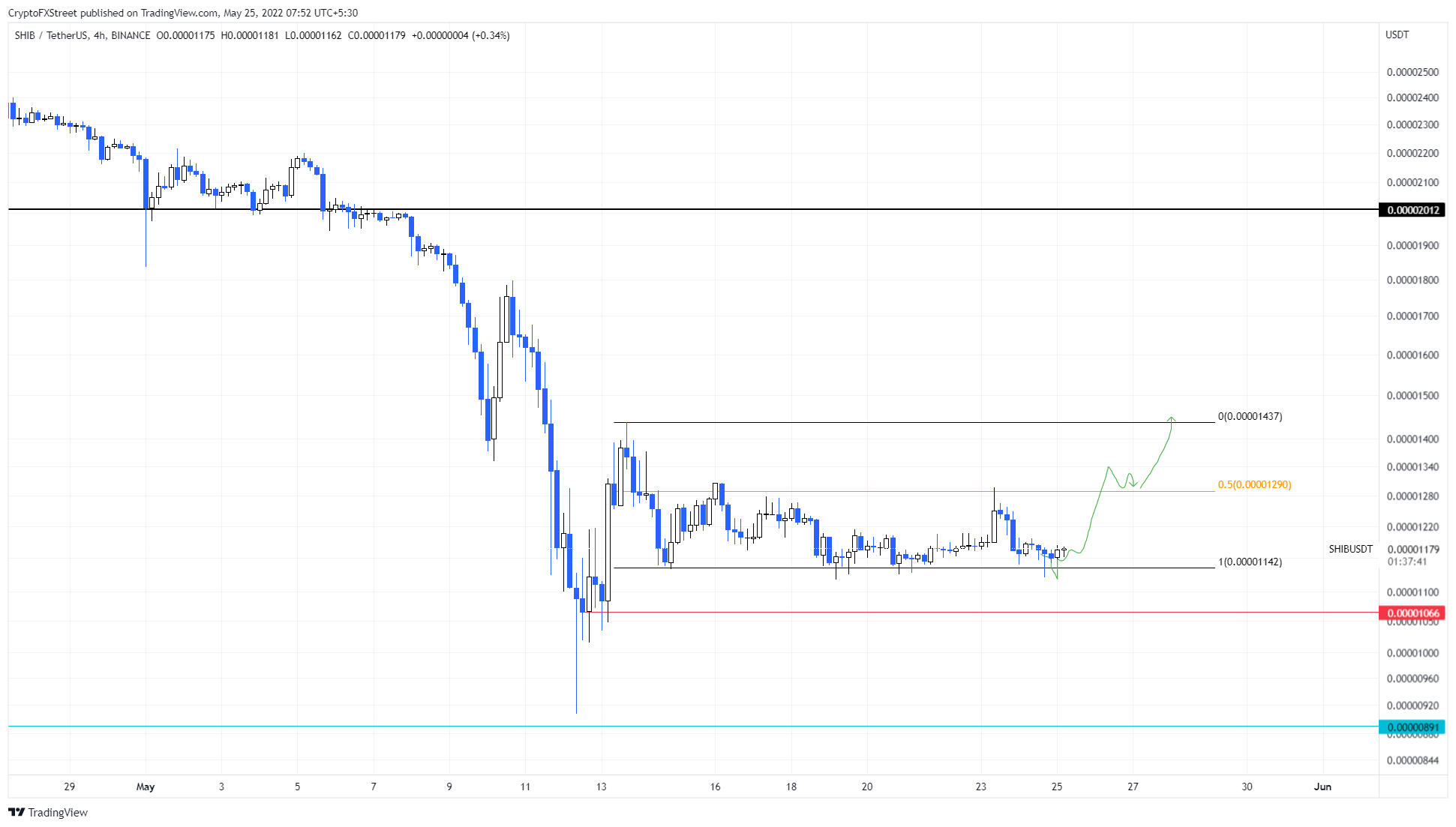 While things are looking up for the meme coin, a four-hour candlestick close below $0.0000114 will create a lower low and invalidate the bullish thesis for Shiba Inu price. In such a case, SHIB could slide lower and revisit the $0.0000106 support floor.