The Graph price has seen a massive 190% rally since February 10. However, due to the slowdown of the cryptocurrency market, GRT has consolidated into a bull flag formation awaiting a clear breakout.

The Graph price primed for a massive rally

The Graph price has dipped into a consolidation pattern since February 12 after a brief but explosive rally, forming a bull flag.

A bull flag is a momentum-based pattern, where the price first explodes with high volume forming a “flag pole”. This rally then is followed by a consolidation, creating the “flag”.

The breakout from the flag continues in the direction of the previous price trend. Therefore, these patterns are called continuation patterns. The target for such a technical setup is the distance between the pattern's high and the flagpole's base measured from the breakout point.

In GRT's case, the first target is a 65% surge measured from the top of the pole to the bottom which coincides with the 127.2% Fibonacci retracement level. The second is a 180% surge measured in the opposite direction or the 261.8% Fibonacci level. 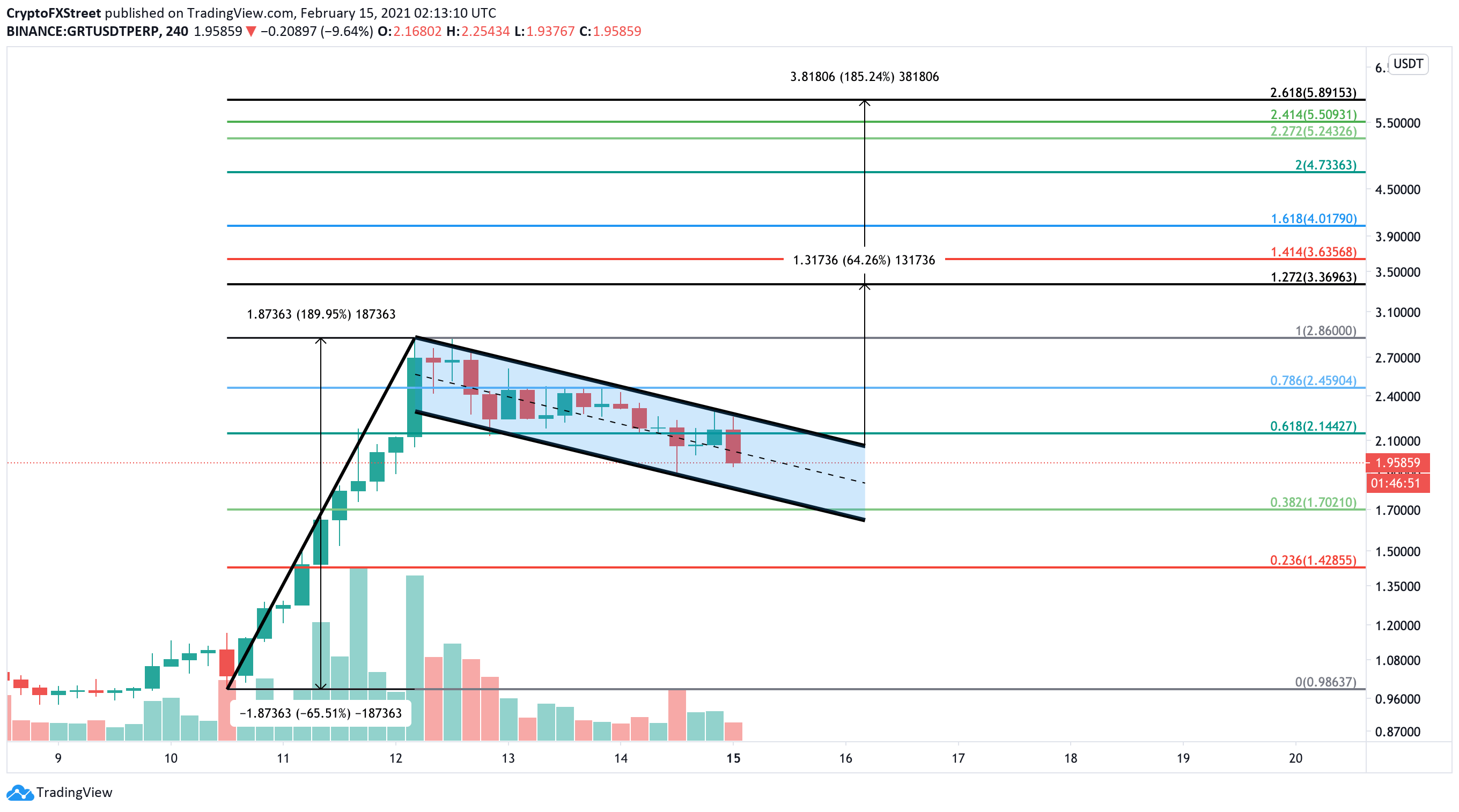 It is worth mentioning that a failure to close above the flag’s upper trendline could send the token towards the support barrier at $1.65. Moreover, a breakdown of the flag invalidate GRT’s bullish thesis and trigger a sell-off towards the $1.1 level.