Dogecoin (DOGE) price is facing another batch of headwinds as a cryptocurrency service provider collapses and files for bankruptcy in the US. This event comes days after Terra’s LUNA was set to wobble for a second time, and several little service enterprises had to close doors or slash in the workforce. As DOGE price is already that battered after Elon Musk no longer loudly supported the altcoin, expect to see another correction happen in the short-term.

DOGE has lost its shine

Dogecoin price has lost many VIP backers, such as Elon Musk. On the few public events Musk joined recently, he refrained from putting out any comments or endorsements for any cryptocurrency. To make matters worse, in the past few weeks and months, several stablecoins have been under pressure from the constantly stronger US dollar, and a few enterprises have already announced restructuring or even filed for bankruptcy. The Voyager collapse is just one of the many, and probably not the last, triggering a cash outflow that outweighs the investor inflow.

DOGE price sees bulls unable to trigger a bullish pop or knee jerk reaction; instead, price action trades sideways. The risk now comes that price action will start to come down and accelerate in its downturn towards $0.0484. With the fresh monthly S1, a break of that level could see bulls backing off entirely and opening up room for cutting the price in half to $0.021. 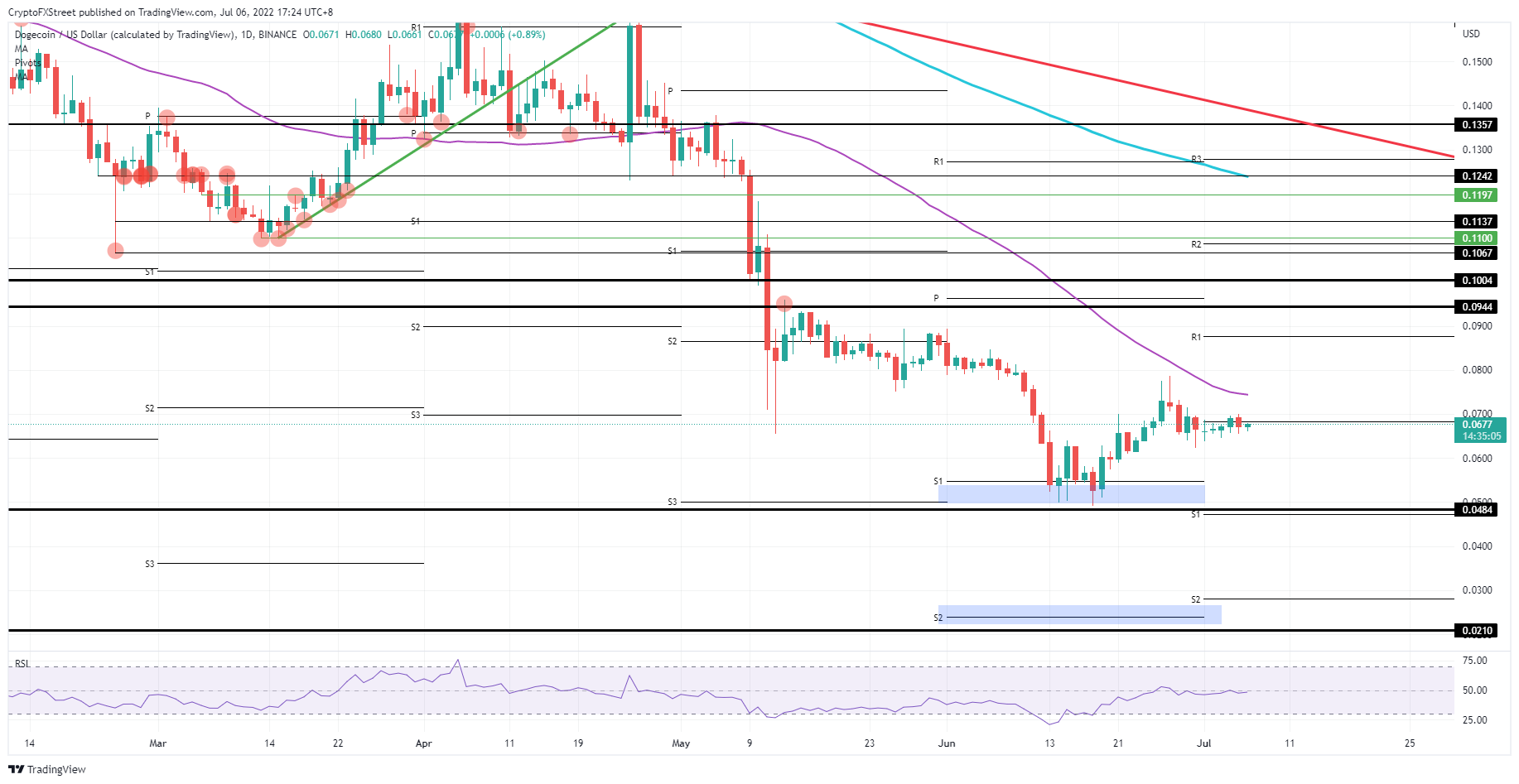 If traders can make price action jump another 10%, the 55-day Simple Moving Average could be broken to the upside. That would be perceived as a massive bullish signal, attracting more bulls to the trade. By doing so, price action DOGE could quickly swing up towards $0.094 or even $0.10.

Why Shiba Inu is still set to pop 30% in August

Shiba Inu (SHIB) price is still set to rally quite sharply towards $0.0001708, a very tactical level at the top of the R3 resistance level for this month and perfect as the completion of a swing trade since mid-June.

Why that $30,000 marker might take some time for Bitcoin bulls to get there

Bitcoin (BTC) price is set to tie up again with its winning streak that got disrupted last week in a minor loss during its weekly close. Meanwhile, bulls have printed their mark on the price action by making a new high for the summer rally.