XLM has been trading sideways for the past three days and it’s currently trying to defend a critical support level on the 4-hour chart to avoid a stronger pullback. However, not everything looks dull for the bulls which might come out on top in the end if a bull flag developing on the same time frame gets confirmed.

Stellar price on the cusp of a significant price move

On the 4-hour chart, Stellar price is trading right at the 50-SMA trying to defend this critical support level which hasn’t been lost since November 15. Additionally, it seems that the Bollinger Bands have squeezed significantly in the past several hours, indicating that a major price move is underway. 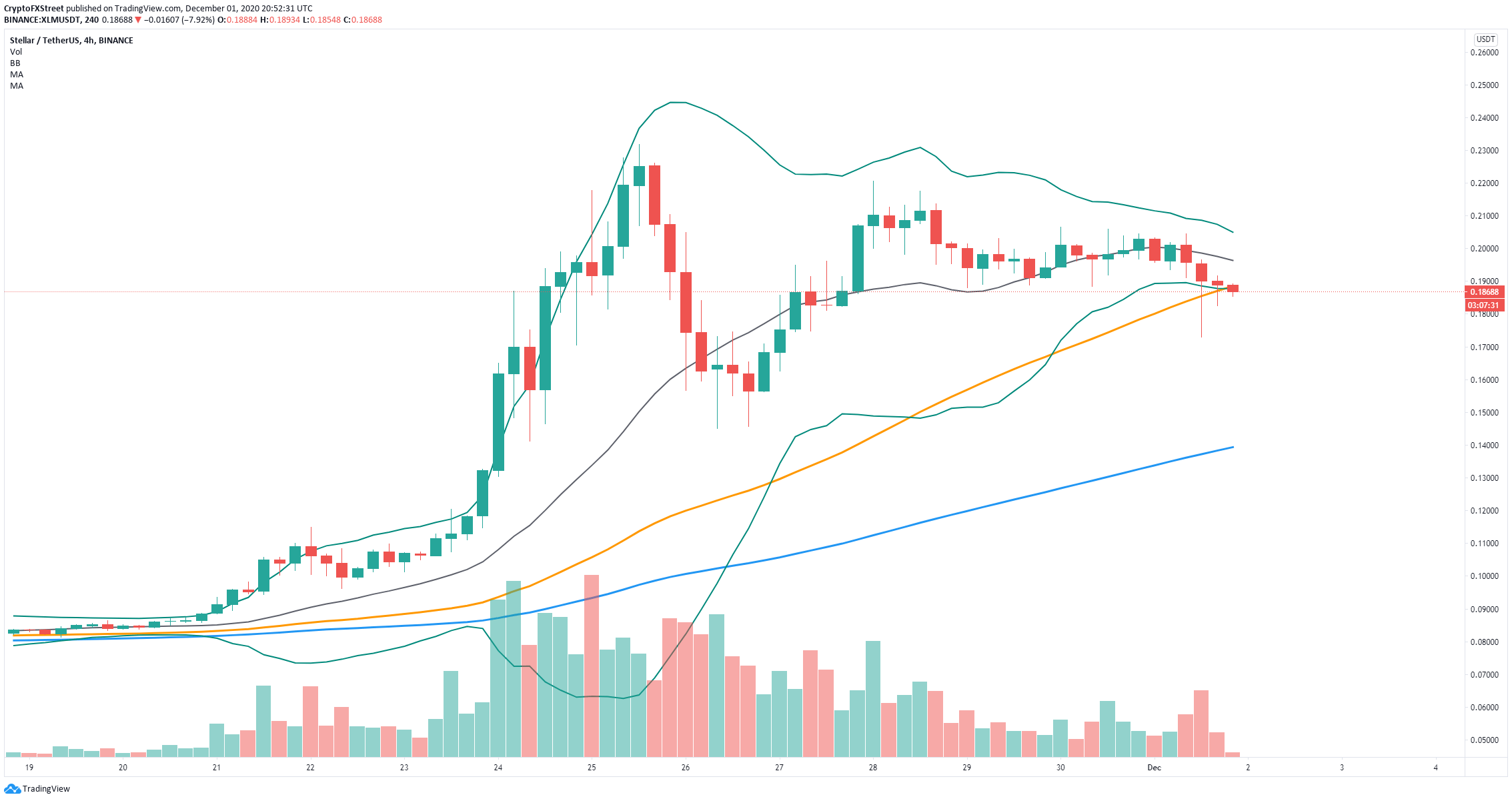 A breakdown below the 50-SMA at $0.187 and the lower Bollinger Band would be significant and likely to push Stellar price towards the low of November 26 at $0.145 and potentially lower at $0.139 where the 100-SMA currently stands. 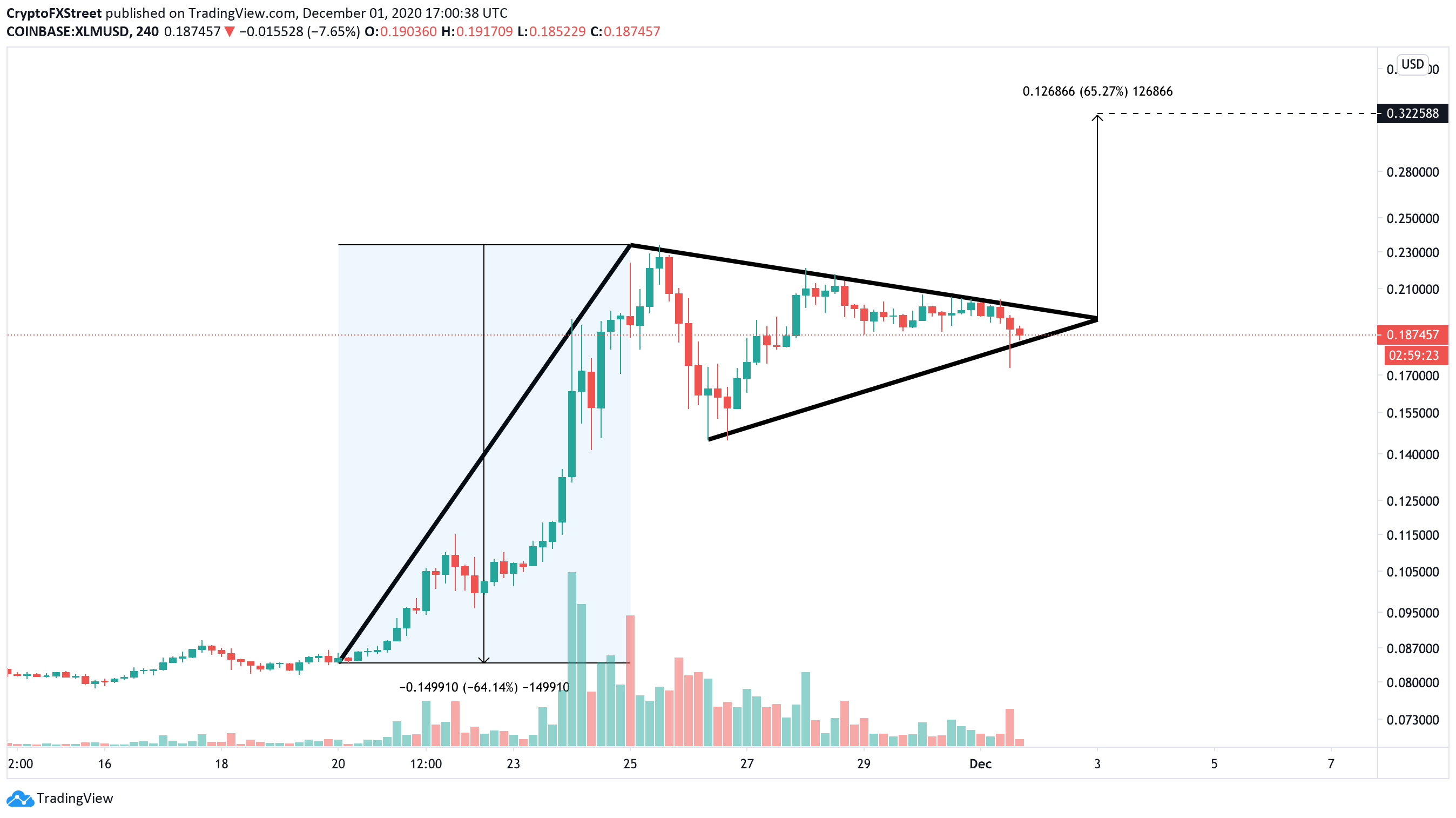 On the other hand, in the same time-frame, it seems that a potential bull flag has formed and it’s close to a breakout. Using the height of the pole we can determine the most likely bullish price target which seems to be $0.322. XLM needs to hold the 50-SMA and break above the triangle for that to happen.