Shiba Inu price has not provided a clear signal for the direction of its trend. Still, SHIB may present an opportunity to profit very soon.

A wave of profit-taking hit SHIB after the peak, pushing its market value down by more than 86%. Although prices have stabilized after the sell-off, Shina Inu has entered a stagnation period.

SHIB has been contained within a descending parallel channel since May 19. Each time Shiba Inu price has risen to the channel’s upper boundary since then, a rejection occurs that pushes it to the lower edge. From this point, it tends to rebound.

If this price action repeats, the rebound from the middle support trendline might be significant enough to push Shiba Inu price to the channel’s upper boundary at $0.0000086 before it faces another rejection or finally breaks out. 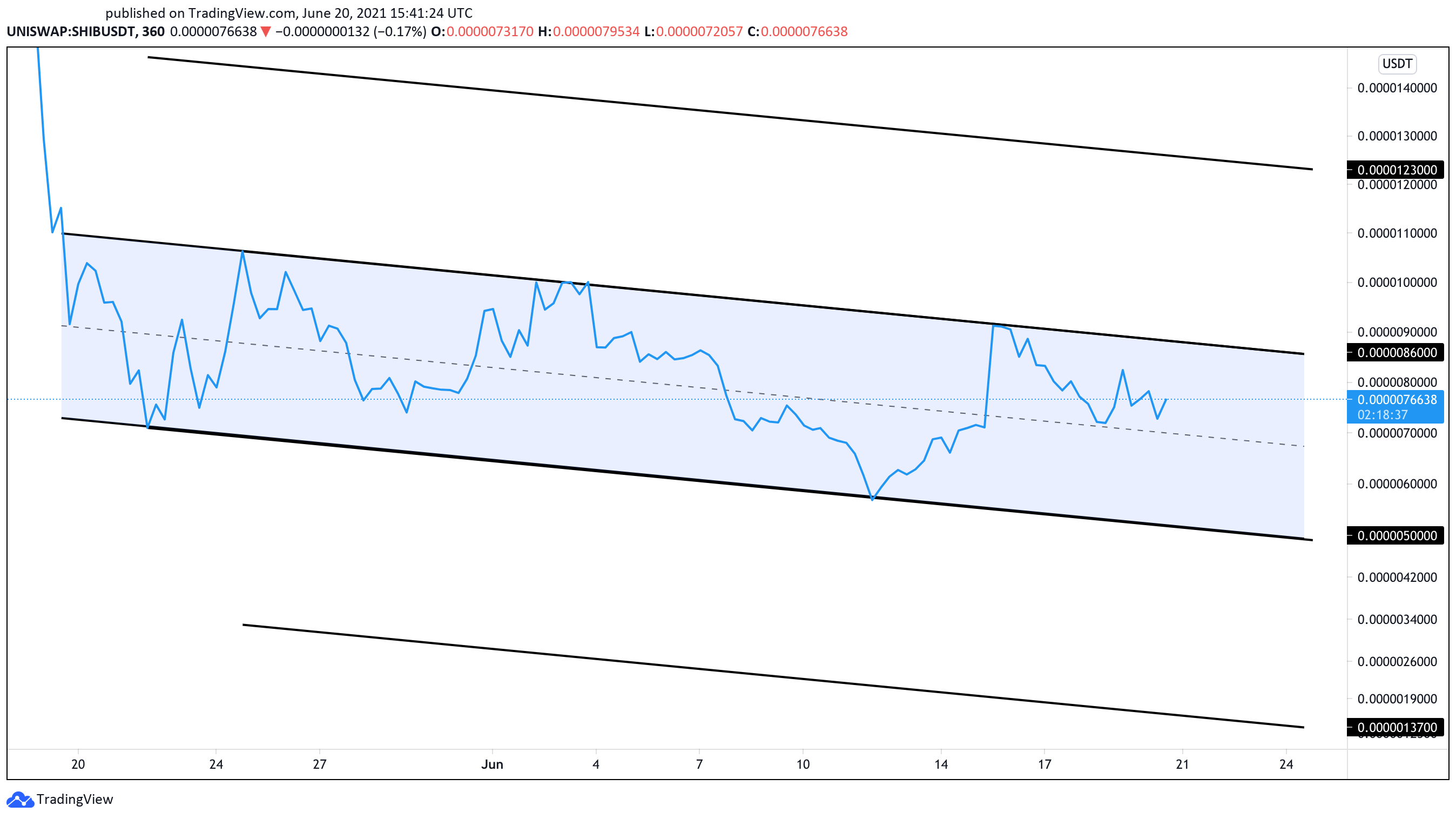 While a rejection from the $0.0000086 resistance level could lead to a downswing to $0.0000065, a break of this supply barrier may result in massive gains. By drawing a parallel trendline equal to the channel’s width, the consolidation pattern forecasts a 42% upside target.