Shiba Inu price has been consolidating since it hit a new all-time high on October 28. Fortunately for the holders, this coiling-up has resulted in a continuation pattern that suggests an exponential move is likely to occur.

Shiba Inu price has broken out of a continuation pattern known as a bull flag but awaits a resurgence of buyers to kick-start an explosive move.

From October 23 to October 28, SHIB rallied 219% to set up a new high at $0.00008850. This climb is known as a flagpole. Shiba Inu price consolidated after the rally, forming lower highs and higher lows, resulting in a flag.

This technical formation forecasts a 219% upswing to $0.00019700, obtained by adding the flagpole height to the breakout point at $0.00006220. Although Shiba Inu price breached the flag’s upper trend line on November 9, it lacks volatility. This consolidation can be considered as the last buy zone it presents before SHIB eats another zero.

Therefore, a potential spike in buying pressure that pushes Shiba Inu price to produce a decisive four-hour candlestick close above $0.00006490 will confirm the start of an upswing. However, for investors that want to be extra sure, the secondary confirmation arrives after Shiba Inu price produces a higher high above $0.00008590. 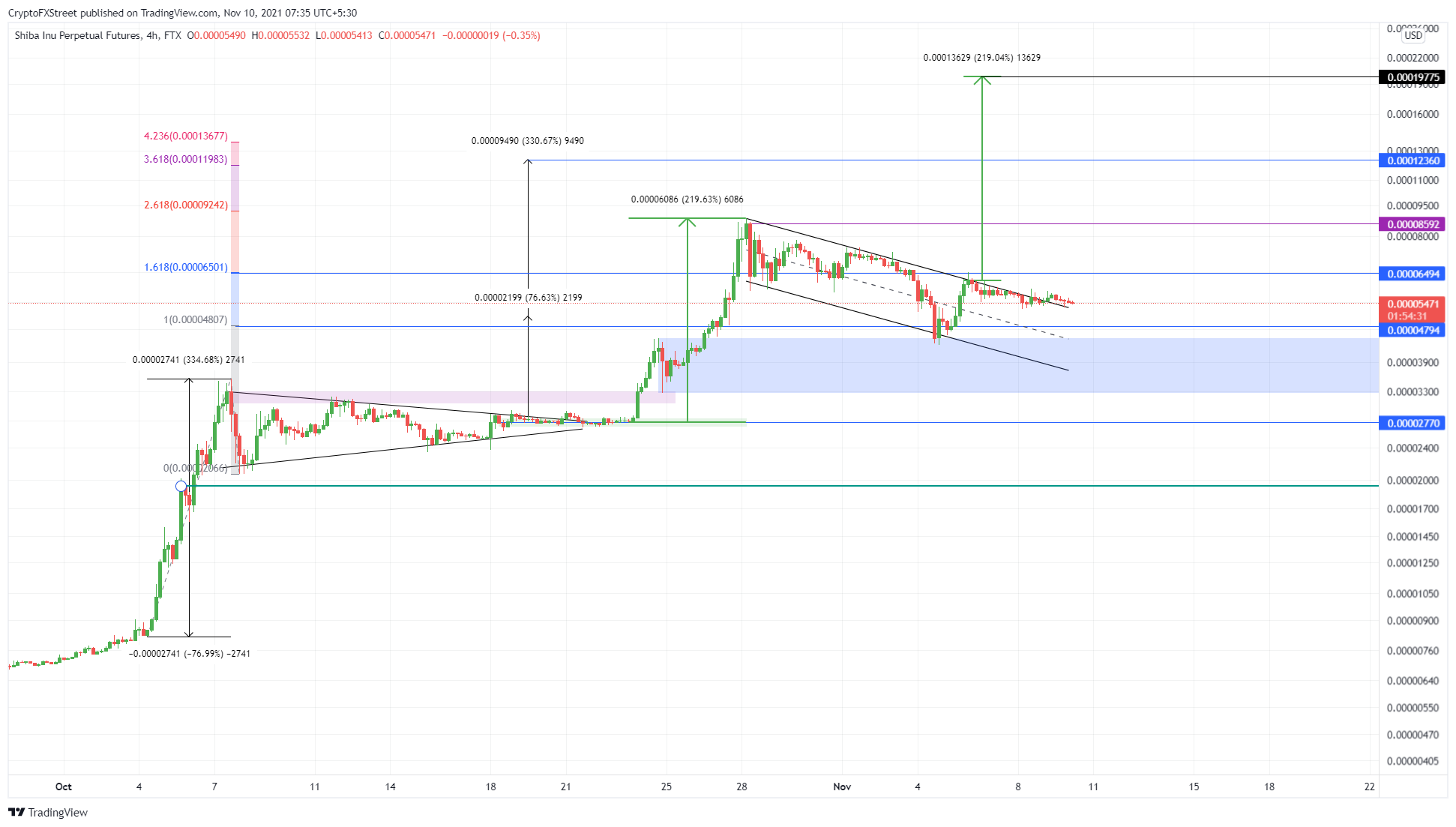 On the other hand, if Shiba Inu price fails to gather steam and break higher, it will suggest that the buying pressure has dried up. In such a case, SHIB could head lower and retest the demand zone ranging from $0.00003280 to $0.00004460.

However, a daily candlestick close below $0.00004460 will invalidate the bull flag’s bullish thesis for Shiba Inu price.