Shiba Inu price did test the May 19 low again earlier this week but did rebound before testing the June 11 low, establishing the low point of a potential inverse head-and-shoulders pattern. The ongoing rebound has been tentative, suggesting a mild pullback before starting a rally towards the pattern’s neckline. With two four-hour moving averages haunting price, practicing patience and letting the SHIB right shoulder develop is advisable.

Shiba Inu price collapsed over 40% from the June 15 high of $0.00000986 to the June 22 low of $0.00000560 after being overwhelmed by the selling that gripped the cryptocurrency complex. SHIB did manage to hold the June 11 low, establishing a point to build the right shoulder of the visible inverse head-and-shoulders pattern.

It is important to note that other cryptocurrencies formed inverse head-and-shoulders patterns, albeit with a larger footprint, before delivering significant investment returns to investors, such as XRP and ZIL. 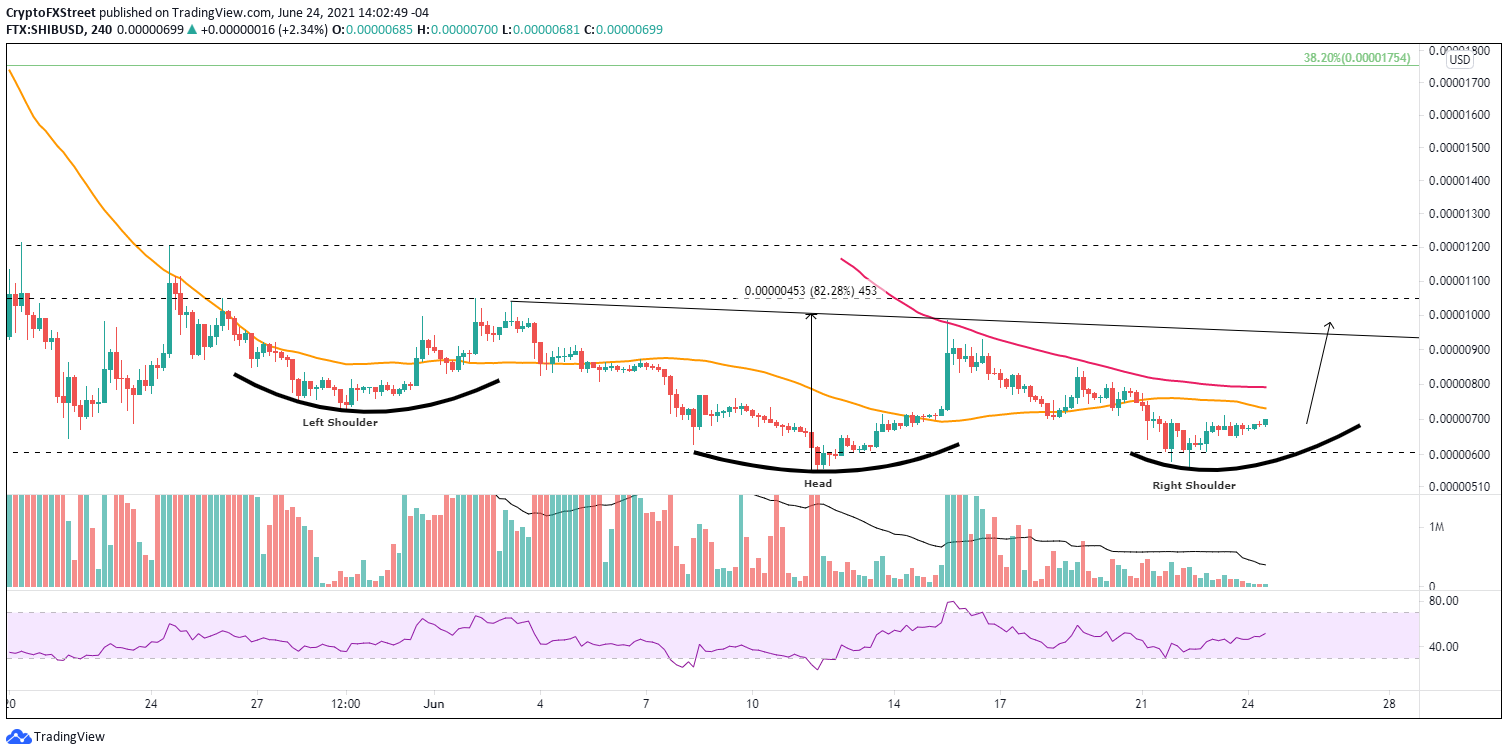 Today, the rebound from the right shoulder low appears corrective, wedging higher on very light volume, possibly indicating that Shiba Inu price weakness has not passed. SHIB may need to revisit the shoulder low at $0.00000560 before staging a purposeful rally towards the pattern’s neckline if that is the case.

A decline below the head’s low at $0.00000550 would void the price structure, exposing Shiba Inu price to notable losses. It is a potential outcome for SHIB should the cryptocurrency market suffer a new wave of selling.